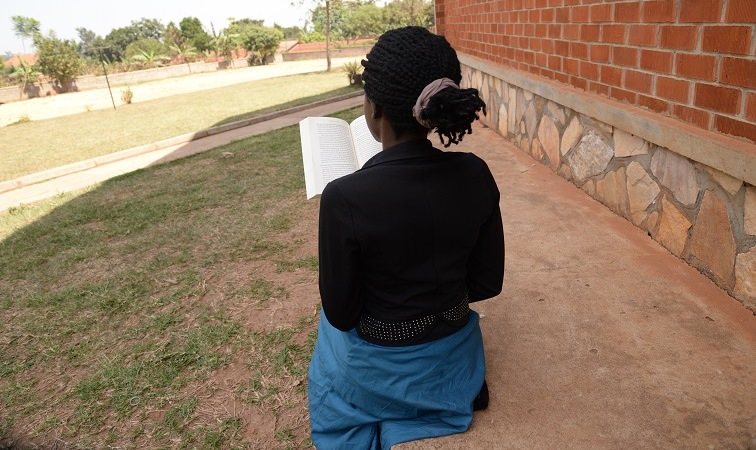 A passion for securing justice

"This is what the Lord Almighty said: ‘Administer true justice; show mercy and compassion to one another.'" Zechariah 7:9

Gladys* an undergraduate law student, hopes of one day changing the judicial system in Uganda. What has given this young woman such motivation?

“Gladys, Gladys, wake up,” Bridget urged. “This week is not my week [to help in the chapel],” Gladys replied sleepily.

In that very moment Bridget pulled Gladys off her bed saying, “Get under the bed! Rebels have come.”

It was 3 am when rebel boys as young as 10 years old kicked down the doors and broke windows. Gladys was sleeping her dormitory in a boarding school in Northern Uganda when she and 158 other female students were captured by the Lord’s Resistance Army (LRA). Pulling the girls from their beds, the rebels threatened to burn the building down if they tried to hide. Marched outside, they were tied together before being forced to walk through the night, without rest, food or water. All around her children cried in terror, but Gladys who had heard many horrific stories about the rebel activities, simply readied herself for whatever lay ahead.

Nearly 24 hours after their capture, teachers from the school caught up with the rebels and negotiated their release. Gladys and the others were fortunate to be rescued before their capturers could deliver them to the LRA leader. Returning home, Gladys recalls the welcome she received from the church-based Compassion project she attended. “They called an assembly. We prayed, sang, and thanked God. They told me they had been praying for me to come back safely,” says Gladys. It was after this that she gave her life to Christ.

Gladys’ story is a beautiful reflection of Zechariah 7:9. Despite the trauma she experienced she is able to show mercy to those who came to harm her. Gladys is determined to seek justice for the young rebels, who’re often forced to commit the acts of violence against their will. “I didn’t do anything wrong to those people who came to disorganise my life. Who takes responsibility for it? How do the young rebels get justice considering that they were forced into the war?” she explains. Gladys is committed to her studies and intends to use her law degree to seek justice for victims of war and conflict.

Heavenly father, thank you for this young woman and her heart for seeking justice. Today we particularly pray for those who have suffered injustice due to war and conflict. We thank you for men and women like Gladys who are working to change the judicial systems to protect those who are vulnerable. Amen.

*A different name has been used to protect her identity.

Where are they now?