Home >Pray & Connect >Prayer >Give thanks for a miracle in Guatemala

Give thanks for a miracle in Guatemala

Every day Yefri wakes up and says to himself: “God has many plans for my life. I will not give up.”

Yefri looks like an average boy, but he still bears the scars of a terrible accident that nearly killed him. Five years ago, Yefri and his little brother, Wilfido, were passengers in an auto rickshaw when one of its tires exploded. 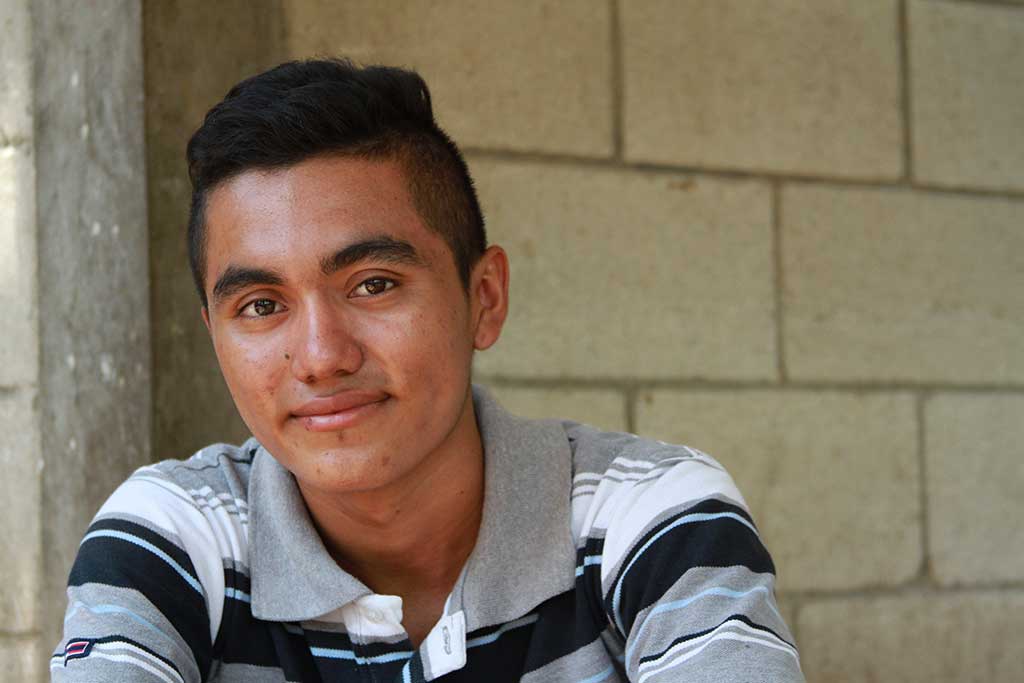 “I broke my arm in such a way that the doctors had to place a metal bar inside it,” Yefri says. “After the accident it was hard to even talk. I kept having flashbacks of the accident.”

Yefri is registered in his local Compassion project, and several tutors and the project director from the centre visited Yefri when he was in hospital.

“Miss Suly, Paty and Mimi came to tell me that I should move forward,” Yefri describes, “and that I had to remain strong like I had been so far. They also brought my mother grocery bags to help us during those rough times.”

Yet when Yefri was discharged, he continued to experience excruciating pain in his legs. The project staff responded immediately and arranged for Yefri to have further tests. The results showed that he had permanent nerve damage.

“My mother and Adan [a project tutor] travelled with me to see a specialist. He mentioned that there had been nerve damage, but he prescribed medicines for the pain and physical therapy.”

Praise God, that against the odds, Yefri has made a full recovery. “I want to thank the people from the project, because they were supportive during the most difficult moments of my life,” Yefri says. “Thank you for being there when I needed encouraging words, and thank you for teaching me that the best guide I could have for my life is God,” Yefri finished.