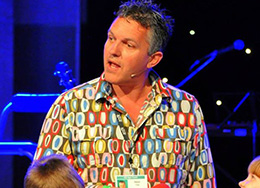 - As a Guinness World Record holder for his escapology feats, Steve travels the length and breadth of the UK, as well as internationally.  His magic has taken him to four continents, working at the most prestigious of venues, including in the UK, Birmingham's National Indoor Arena, Wembley Conference Centre, London's Royal Albert Hall, 'Odyssey' in Belfast and Manchester's Apollo Theatre, often alongside top names in entertainment.