The young African changemakers you need to meet

Be inspired by the next generation bringing change to their families, communities and even nations.

The young African changemakers you need to meet

Be inspired by the next generation bringing change to their families, communities and even nations.

"The size of your dreams must always exceed your current capacity to achieve them. If your dreams don’t scare you, they aren’t big enough." Ellen Johnson Sirleaf, Africa’s first female president.

At Compassion, we love people. We believe in their value and their immense worth in God’s sight. That’s why on World Africa Day, we want to honour and celebrate children, teenagers and young adults who've been empowered to dream big. These remarkable women and men are bringing change to their families, communities and even nations.

"I will stand for what is right" 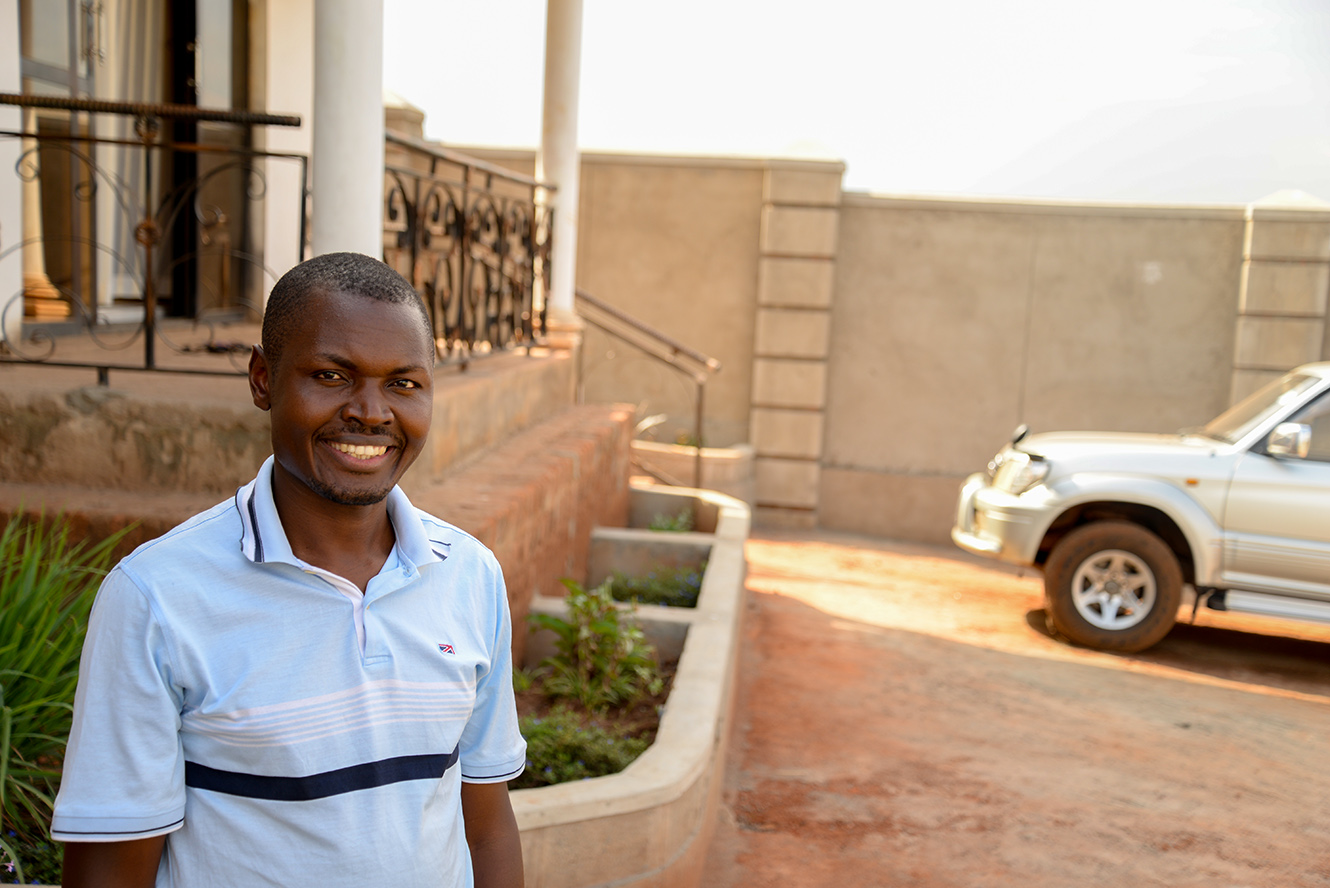 "Justice is not for the poor," said the lawyer sitting opposite John and his church pastor in Nangera, Uganda. John was aged 12 and at crisis point. He'd lost his mum, his dad had suffered a breakdown, and now John was fighting to keep the family home.

The pastor from his Compassion project had taken him to see the local lawyer in the hope of providing a way forward. But the lawyer merely mocked John's situation.

“I cried. I knew we had lost everything. I was frustrated and hopeless," remembers John. The lawyer’s words never left his mind. John vowed to be a lawyer one day - he knew that the poor more than anyone deserved justice. He knew he wanted to prove the lawyer wrong.

With the financial and emotional support from his sponsor and project, John was able to continue his education and fulfill his dream.

Now John is a strong voice standing against corruption. He represents the poorest in his community at no cost. In fact, since he qualified, John has represented more than 300 clients for free. Now, justice is for the poor. 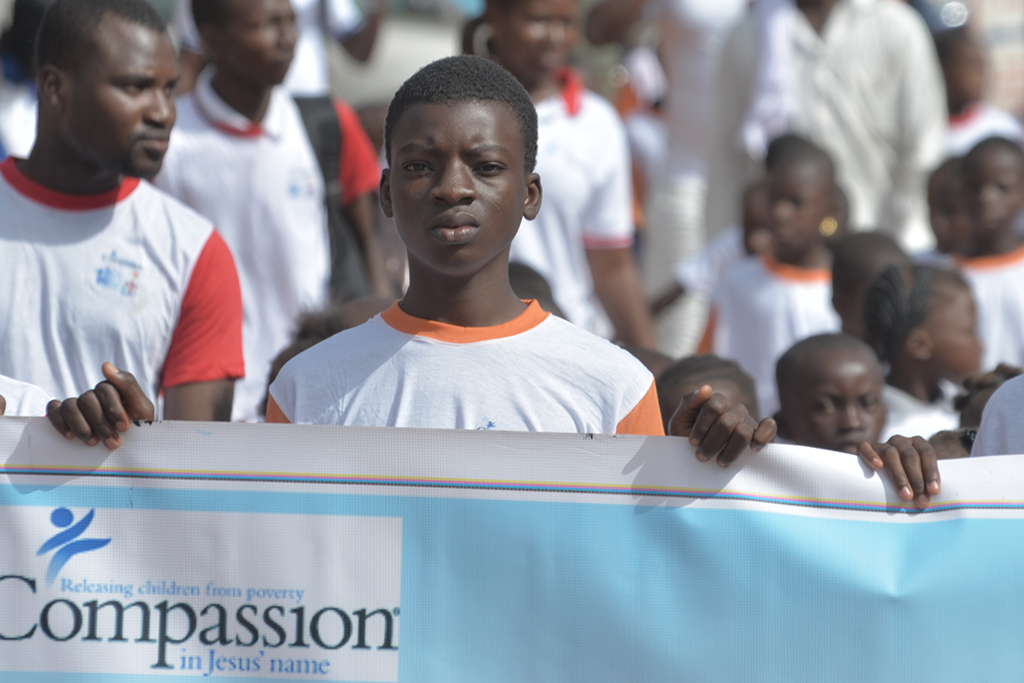 From a crowded, deprived neighbourhood in Kolsama, Burkina Faso, Jacques has already seen far too much in his short life. But at the age of six, Jacques was sponsored and given the opportunity to go to school, to receive food and above all, to dream big.

On the Day of the African Child, Jacques delivered a speech in front of more than 3,000 people, including the governor of his district. 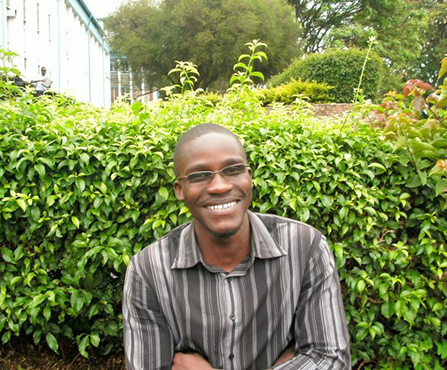 Back in 2000, a young man was mourning the death of his father in a notorious slum in Nairobi, Kenya. David Collins’ father had just died of AIDS, leaving his mother as the sole caregiver for David and his three siblings. To the majority of the world David was just another poverty statistic, but to the local church in Kangemi, he was a young boy full of potential.

The potential in David was immediately apparent to the staff who registered him into the sponsorship programme. Through the project, David wasn’t simply given food to eat and clothes to wear, he was given an opportunity to attend school, receive medical care and dream of a life outside the slum. “Over the years, my school fees were paid for and my textbooks and uniform were supplied by Compassion,” says David proudly. “Through the sponsorship, I was able to go to primary and secondary school.”

David was such a bright student that he was awarded a Commonwealth Shared Scholarship to complete his Masters degree at the University of Nottingham, where he has been researching vaccines for major diseases. “The whole continent of Africa suffers from the effects of disease. I wanted to be a scientist involved in researching and developing vaccines and drugs to combat the many diseases in Africa and the rest of the world. My life story is a true testimony of what the Lord can do." 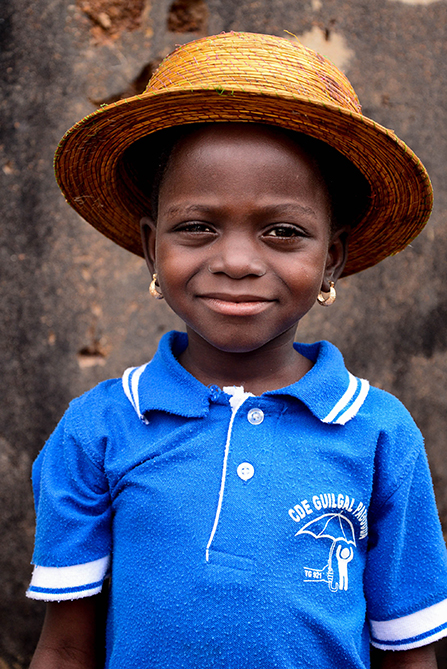 Magnim used to own one skirt, one second-hand t-shirt and one pair of shoes. That was the extent of this courageous 4-year-old's wardrobe in her hometown of Pagouda, Togo. “In this area, parents don’t care about what they put on. Food is the only essential thing that matters," explains Essolakina Patasse, Magnim's project director. "They concentrate their efforts in order to feed their families."

When Magnin received a special financial gift from her sponsor, her parents used the money to buy their daughter new clothes. Magnim's response was inspiring: instead of keeping all the colourful dresses for herself, she insisted on giving five away to her friends.

“It takes only love to do that because even for us [adults], it is difficult to share our goods with our friends," says Esso, mum to one of Magnim's friends. "Magnim’s action is a gesture of love.” 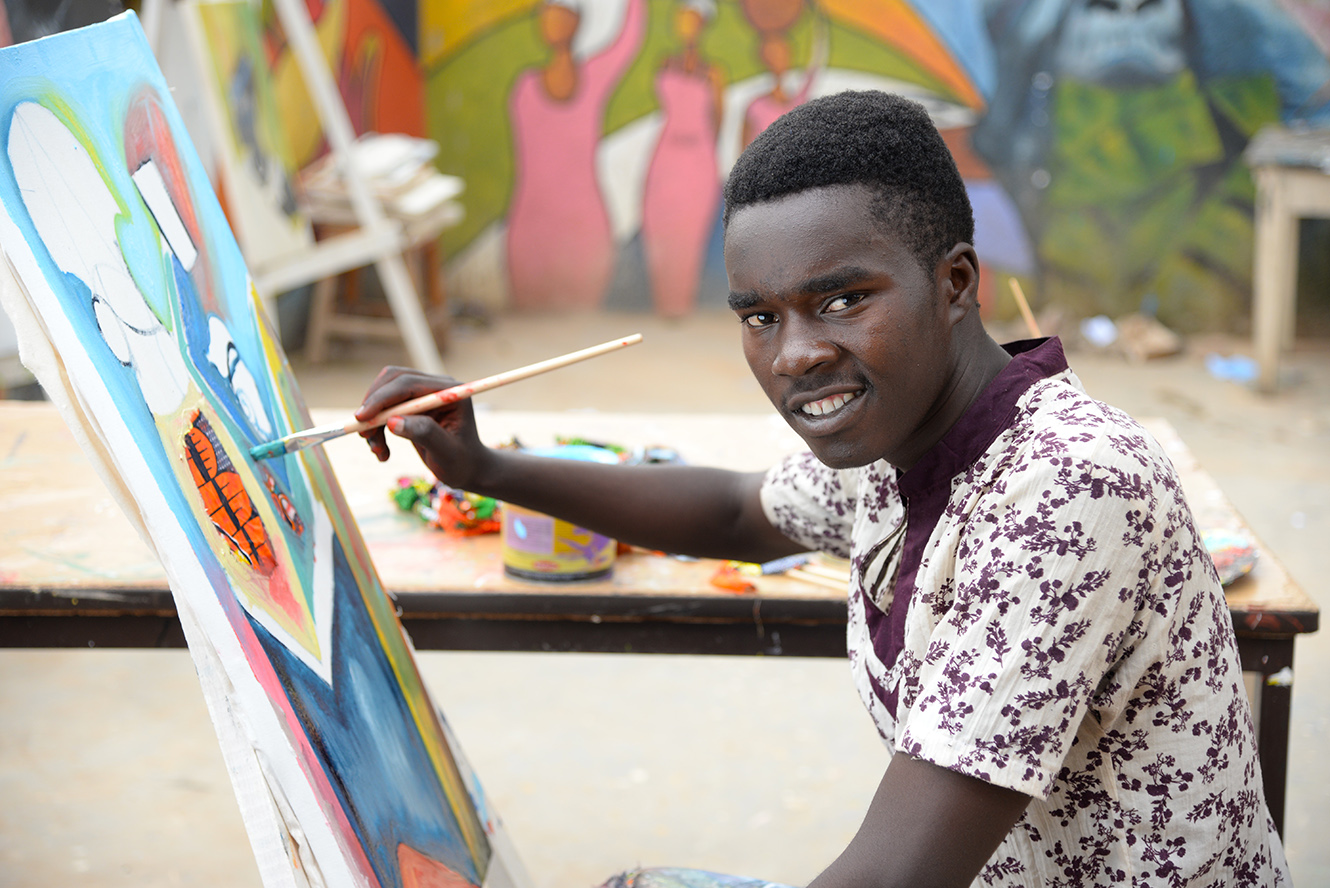 Zacheé is the last-born of 37 children. "My dad had a big family [with six wives] that was beyond his capacity," he explains. "The very large size of my father's family incapacitated him in terms of supporting and providing for his family."

"From my childhood, I had a dream of becoming an artist or musician. At the project, I discovered my talent in painting."

Despite achieving significant success, working alongside one of the best art galleries in Kigali and touring the world, Zacheé is determined to give back to those around him and invest in the next generation. Every week, he takes the time to teach painting to street kids and children in the local orphanage.

"Compassion picked us from the poorest of the poor families in the community, but they developed us to the level of being role models to our peer groups. We have many impoverished children in my community, and I want to make a difference. Compassion transformed me and moulded me into who I am today, and I want to make a difference in the lives of other people around me."

"I want to speak for people who cannot speak who themselves." 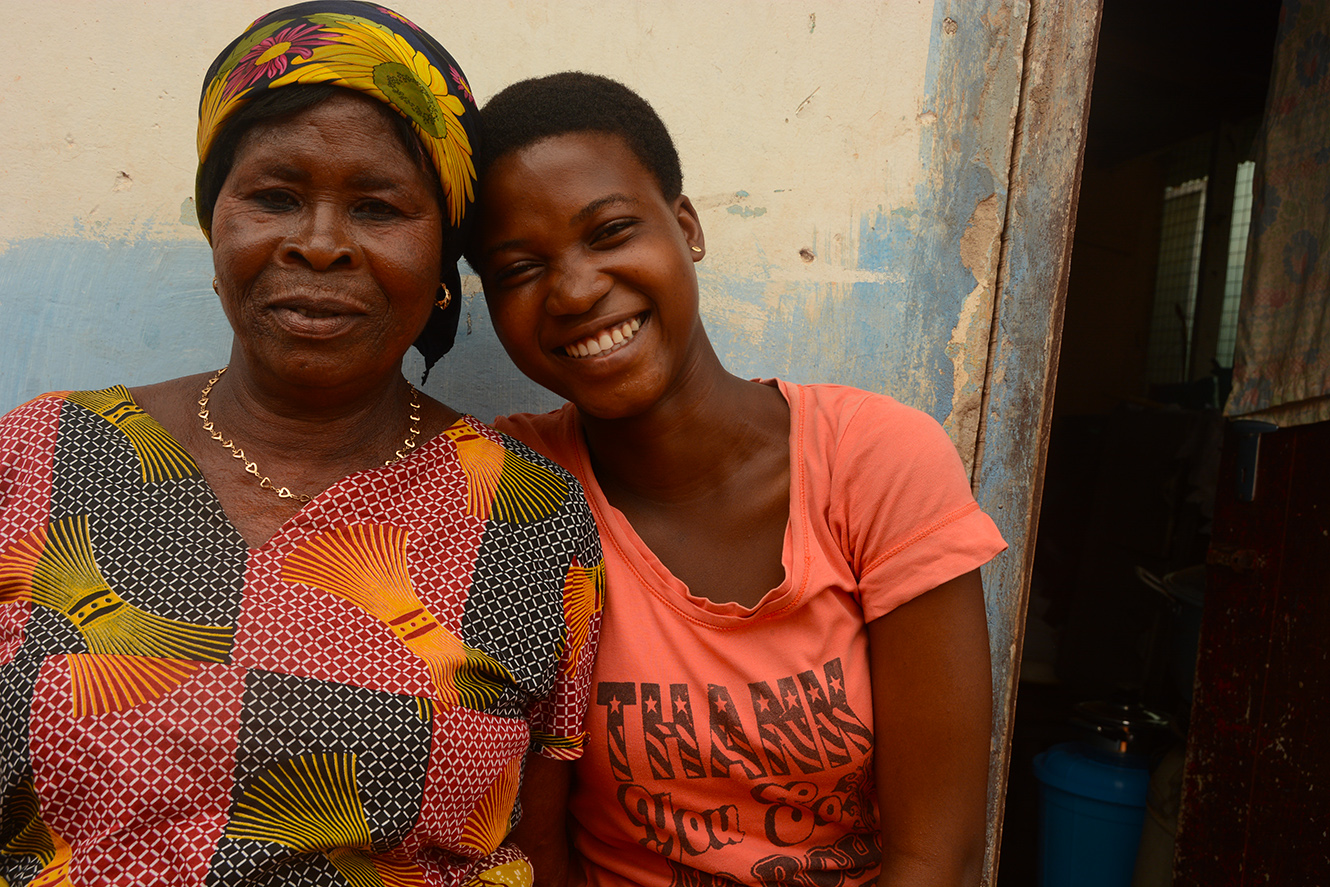 Meet Rosemary. She’s a beautiful, confident young woman with a bright future. But if you’d met her ten years ago, her eyes probably wouldn’t have met yours. She was a shy, timid girl on the verge of dropping out of school.

Rosemary was just three when her father passed away. A few years later, her mother remarried and moved to join her new husband, leaving Rosemary under the care of her elderly grandmother.

When a Compassion project opened at the local church, Rosemary was identified as a child who would most benefit from being in the programme and was among the first children registered. “When I was told that I had a sponsor, I was happy, but I did not think much about it until he started writing to me. Then I knew it was real,” explains Rosemary. “His letters to me make me feel important and cared for. It’s overwhelming that somebody so far away who does not even know me cares about me. I thank God for him,” she says with a smile.

At the age of 12, Rosemary, like all Compassion-supported children, started to make plans for her future. It was during this time that a key event set Rosemary on the path to her future career.

The father of her best friend passed away, causing a family argument over his property and possessions. His wife didn’t have the money to employ a lawyer so, when the dispute went to court, she lost the case and everything was taken away from her. “I was so surprised to know that people could be so apathetic towards their fellow human beings because of money,” says Rosemary.

This made Rosemary determined to follow a career in Law, “I want to become a lawyer so that I can help people, both men and women, who may have genuine cases but do not have enough money to pay lawyers to fight the cause for them. I want to speak for people who cannot speak for themselves.” 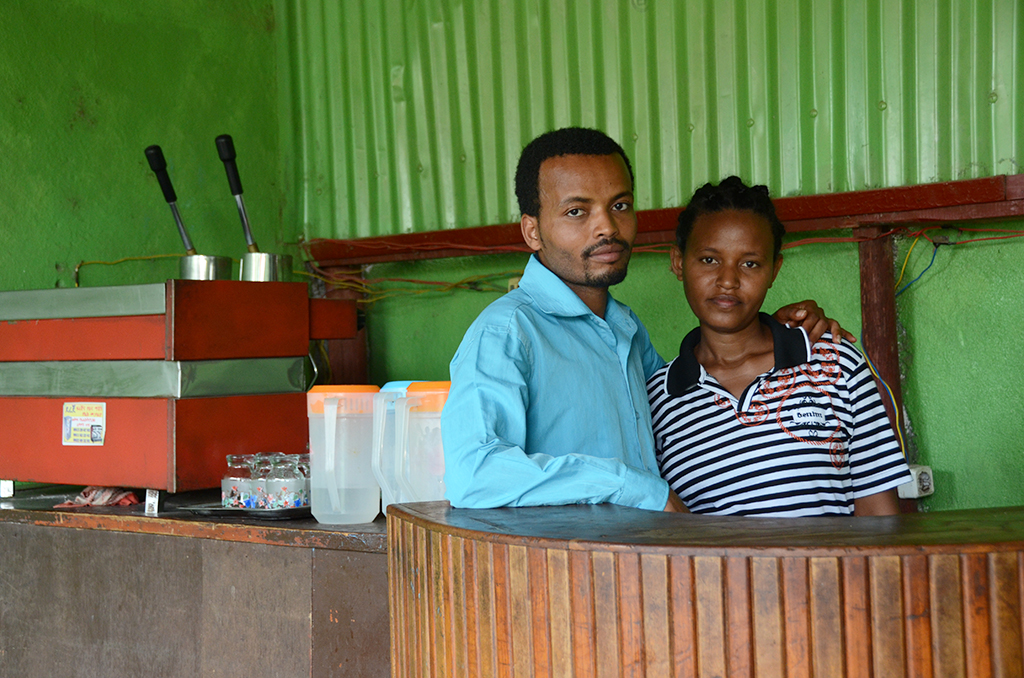 “God gave me a vision to help and support children who were less privileged than I was," explains Tariku, a Compassion graduate in Ethiopia. "I knew how much the sponsorship support from Compassion changed my life and I wanted the children around me to have the same level of transformation."

"My stay in Compassion’s child sponsorship programme has taught me the greatest lesson of my life. I learnt how to be kind to others and give from what I have at hand.

“I knew from those [elderly] who were around me that most of them had nothing to eat at home. I always prayed to God to give me direction so I could come up with something to help,” Tariku explains.

“The first time we went to their houses, we were very humbled. The blessings we received were very satisfying, but above all the joy we saw on their faces became our driving force to do more.”

Responding to the need in front of him, Tariku began a ministry to help the most vulnerable in his town. Alongside a group of friends he now serves the elderly every week by washing clothes, cleaning houses and providing food.