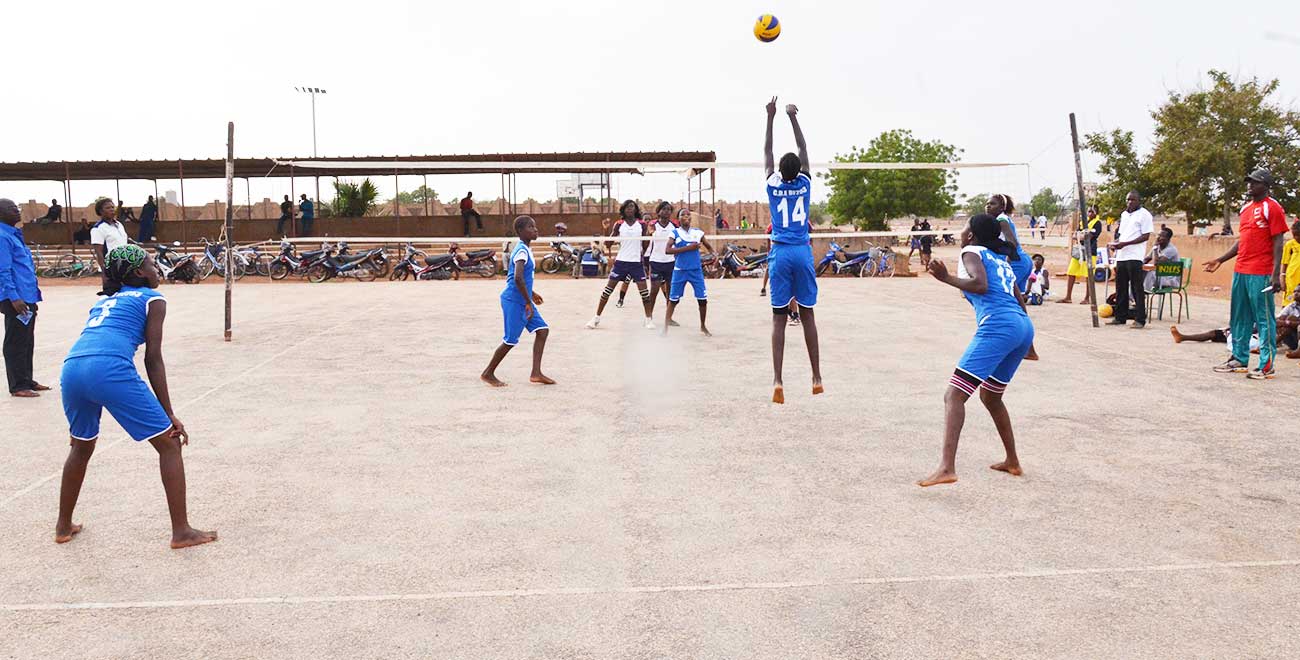 “Tonight we have come to play. We have come here to sweat, to bleed, maybe cry. But believe me, in the end we will have pushed our limits. Throughout the tournament, we have proven to others that we have a goal and that we know how to fight for it. The only people that now remain for us to convince are ourselves.”

The under-16 girls volleyball team stood silently, listening to their coach. It was a hot afternoon in Ouagadougou, Burkina Faso and the team from Compassion project BF-253 had overcome the odds and fought their way into the finals. But now these girls were facing the local stars, the Stadium Queens. 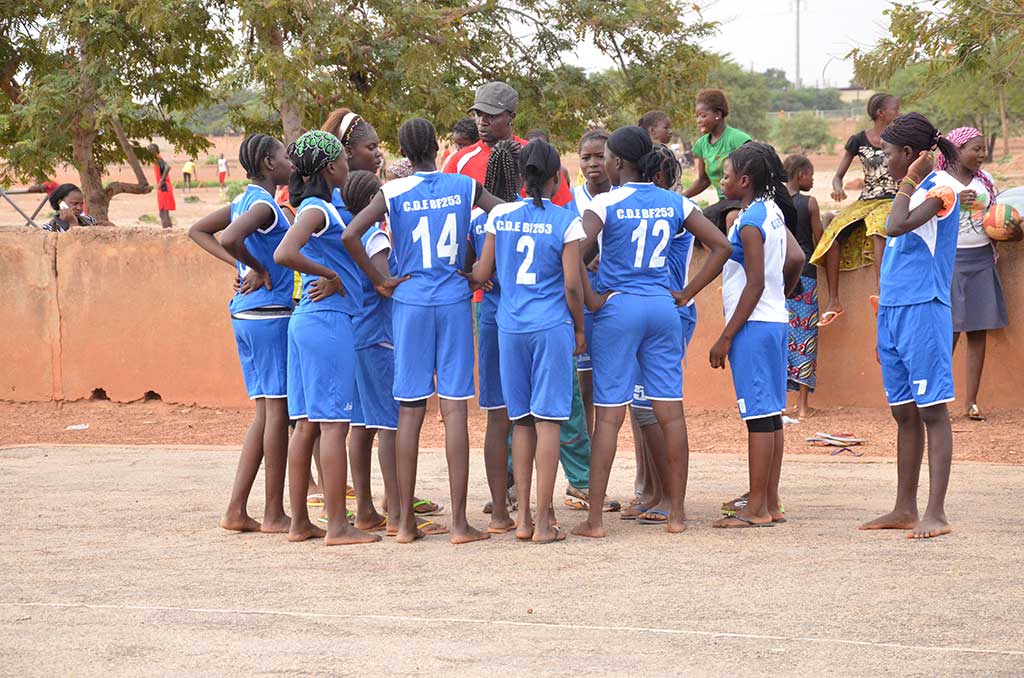 The Stadium Queens had ruled at every stage of the competition, beating all of their opponents and breaking national records in the process. They had huge amounts invested into their club, were regularly the national champions and had professional players who competed outside of Burkina Faso. Supported by the large crowd, the Stadium Queens were there to win. And team BF253 knew it.

“We can never beat these girls”, said 14-year-old Yasminatou. “These girls are far more experienced; they are older and more equipped than us. We should never have accepted this match of shame coach”.

“Yasminatou”, said coach Illy Delwende, “I want you to pray for the whole team before you get on the field to start this game”.

At Compassion projects throughout the world, sport is used to create healthy bodies and teach children skills such as working as a team, discipline and commitment. Project staff encourage sponsored children to play sports to keep them off the street and learn how to overcome seemingly insurmountable obstacles. At BF-253, Yasminatou and her friends chose volleyball from an early age. And for the first time, they had made it to the national championships.

After Yasminatou’s prayer, it was time to play. In volleyball, the team that wins three sets of 25 points wins the match. As the sounds of vuvuzellas filled the court, the Stadium Queens took an early lead and won the first set. “From the first minutes of the match I said to myself, ‘Ouch, what I feared will happen to us: humiliation’. My hands were sweaty because of fear, we were all nervous and we systematically lost all our duels,” says Yasminatou. 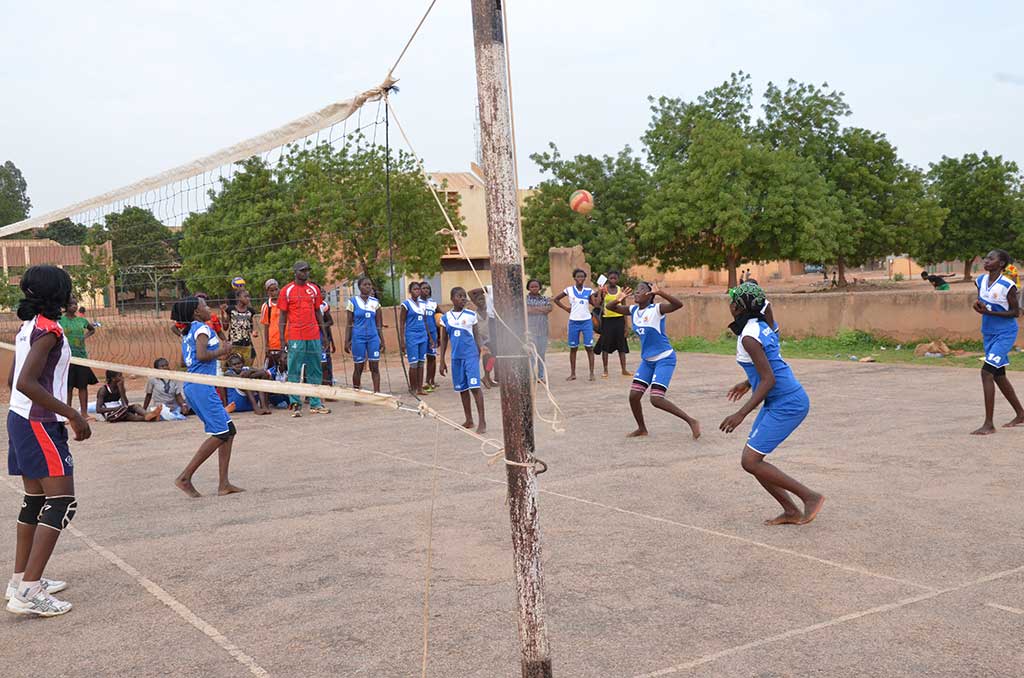 The second set was again dominated by the Stadium Queens who won it easily. Team BF253 could not afford to lose any more sets. Yasminatou says, “From the beginning of the set, I looked to the coach. He also looked at me and smiled. At that moment, his pre-match speech came back to my mind. We were not there to win but to play, and to fight!” Yasminatou turned to her teammates and started to shout encouragement at them. Suddenly the game was on. It was like a new team had come on the court, one determined to fight and attack every ball. The third set finished and Team BF253 had won it! Suddenly the impossible seemed possible and the underdogs had a chance of winning the national championships. 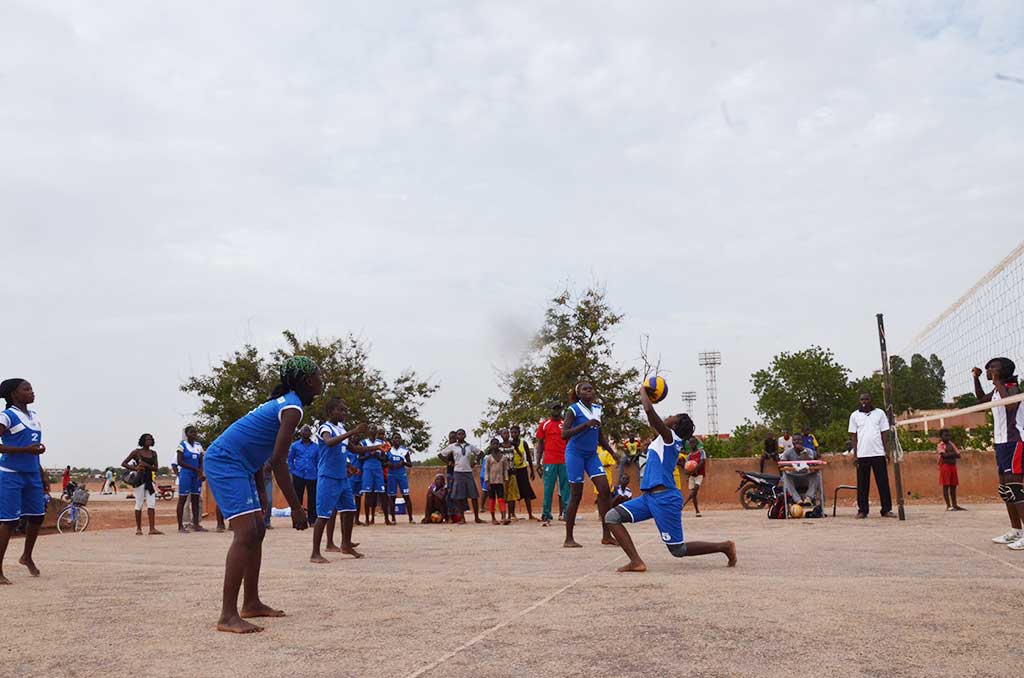 The fourth set started and Team BF253 played their hearts out, determined to win. But it wasn’t enough. “We finally lost this match, but each of us said ‘if we had played in the beginning of the match as we did at the end,” said Yasminatou. After the match, Coach Illy told his team, “Many thanks to you all for this beautiful lesson learned. For me it’s your first win in life. Whatever you do, remember this, always put your heart in whatever you decide to do in life. It is only then that victory will follow.” 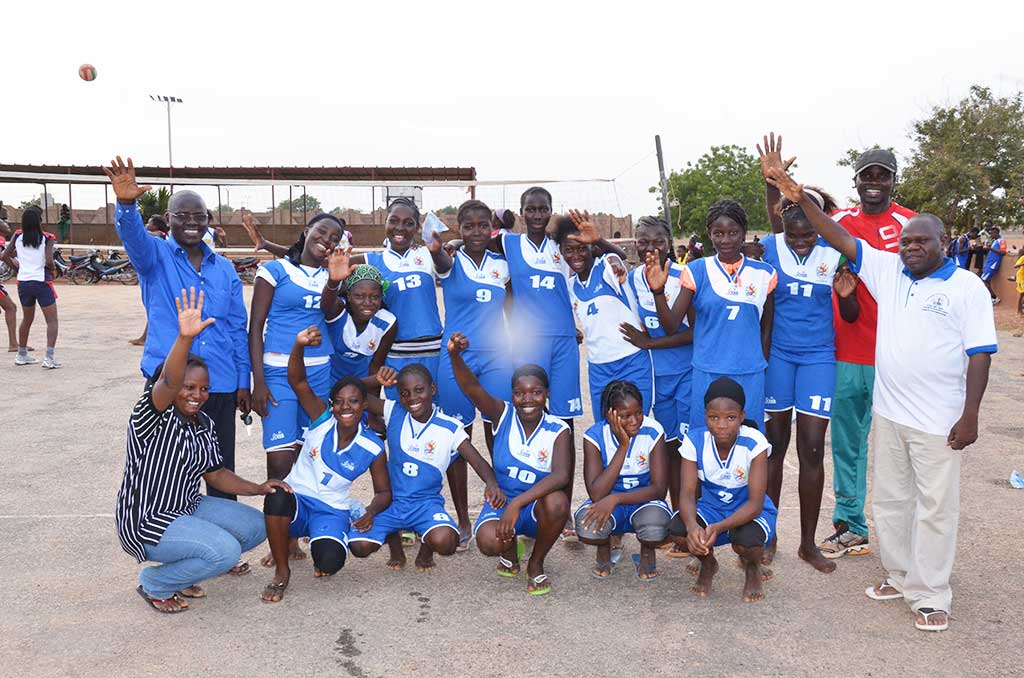 A few weeks later, the Queens were dispossessed of their title as champions. Irregularities and fraud about the age of some of their players were found. Team BF253 had won! Which goes to show no matter how great the obstacles appear, never give up. Because you never know what you’re capable of when you put your heart into it. For Yasminatou and her friends, it meant defying the odds and becoming champions.