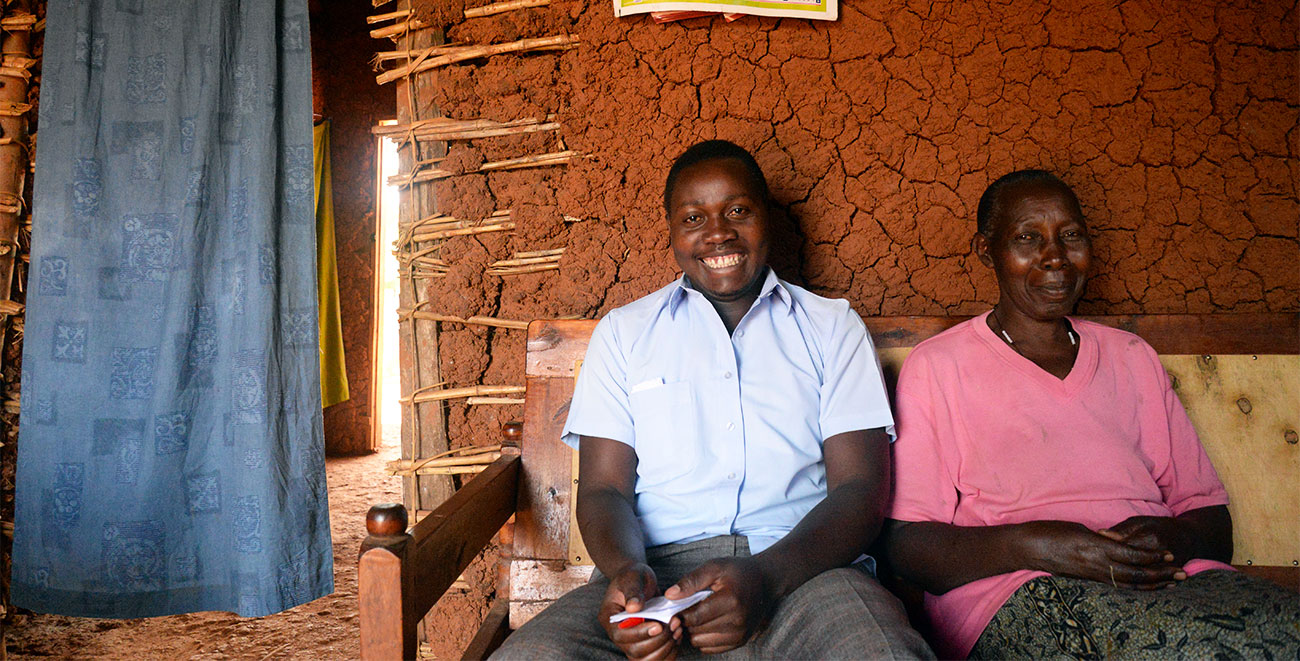 A story about the transforming power of salvation.

A story about the transforming power of salvation.

Everyone knew Rogers. And everyone had something negative to say about him, and this shaped his life.

“To me, Rogers was an impossible student. He was continuously escaping from school, and in most cases, such students are involved in bad behaviours. Whenever a case would rise, you could usually find Rogers’ name,” says one of his former school teachers.

Just like many boys, Roger was shaped by growing up in difficult circumstances. He didn’t know his father. His mother, Victoria, left because his father was an abusive drunkard, who never provided for his family. She returned to her father’s house where she was rejected by her older brother. So when their father died, her brother harassed Victoria, forcing her to leave.

“My brother decided to sell the house to get money for the burial and out of hatred for me. I refused to leave the house, so they came to crush it down when we were inside with the children” says Victoria.

By God’s grace, Victoria heard that at their church, children were being registered into the Child Sponsorship Programme with Compassion. At 9 years old, Rogers was registered.

Though young, Rogers had been greatly affected by poverty and all the changes in his life. He blamed himself for everything his family were going through.

“My uncle was afraid I would take their land, because I am a boy. I felt bad because I thought if my mother had two daughters, they could not have chased her from our home. I hated myself, saying that if I wasn’t born, my mum could have been okay with her daughters,” says Rogers.

Life at home was difficult. The family had only one meal a day; they lacked bedding, clothes and other basic needs. At that time, Compassion could provide school fees, books, and uniforms but no clothes. When he was 12 years old, Rogers got a job digging in people’s gardens to buy clothes and support his mother. But it was never enough.

Rogers' heart hardened and he started to rebel at school and at the project. 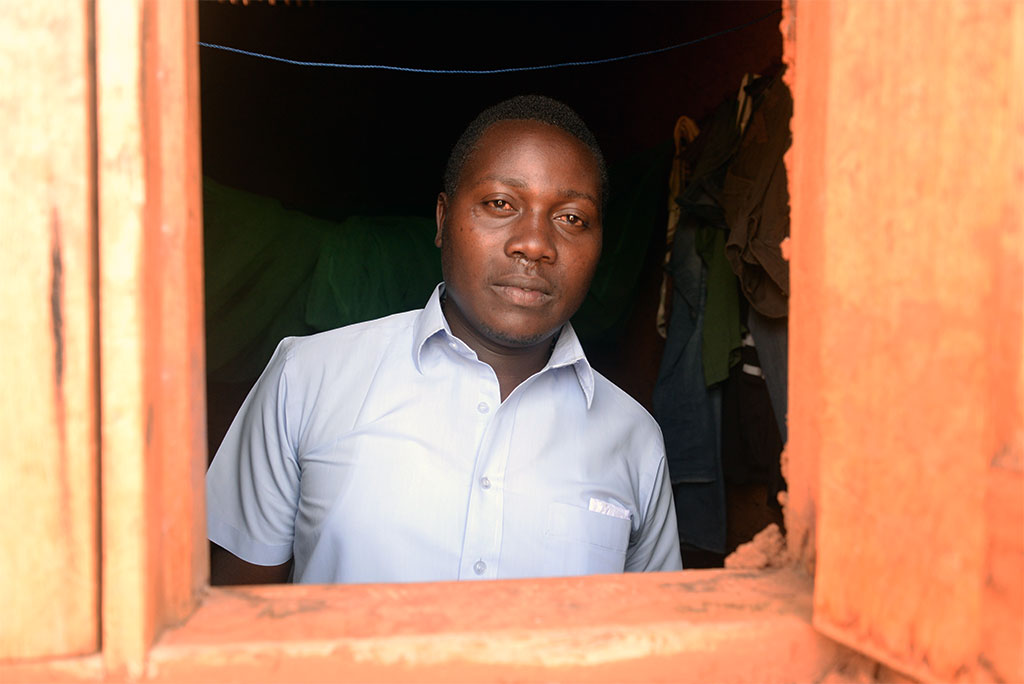 “I was hopeless. Life had no meaning to me, because everyone was looking at us as if we had nothing on this earth. Mum would say to keep praying to God and you will be someone in the future,” says Rogers.

He didn’t listen to his mother and found solace in a gang. “Because of my friends, I started behaving in not the right way and I was introduced to drinking at around 12 years old,” Rogers says.

“Even men would call me to drink. When I reached home, Mum would ask why I started drinking, but because of the liquor I would reply badly to her. Sometimes I would reach home and forget that we had no food. I would ask, ‘Where is the food?’ When they would say there is no food, I would be violent.”

At seventeen, Rogers was arrested and taken to prison.

“I feared that I would lose Compassion’s support, but when I heard the project director talking outside to the police, I thanked God that they were still looking after me,” says Rogers. Two days later, he was released from prison and the project staff continued to counsel and preach to him.

“I’d feel touched, but after leaving the church, I would say, ‘why is it that this God does not look after my family?’ It would make me feel like getting saved, but another voice would say, ‘When I tell my friends, they will reject me and I will be nothing in the village,’ so I didn’t get saved.”

But the seed that the church had planted was not in vain. “On 8 March 2010, the school had an annual conference. It was during that conference that I chased Satan from my side and I confessed Jesus Christ as my Saviour,” says Rogers, crying as he tells his testimony.

The church staff were overjoyed by the news. Rogers’ testimony helped lead many other children to faith. After two great years of transformation, he completed the programme at 22-years-old.

With support from his sister, he joined a teaching college. After graduation, Rogers did his internship at his former secondary school, where he had been known for being impossible. Difficult students were referred to Rogers, and he changed their lives. 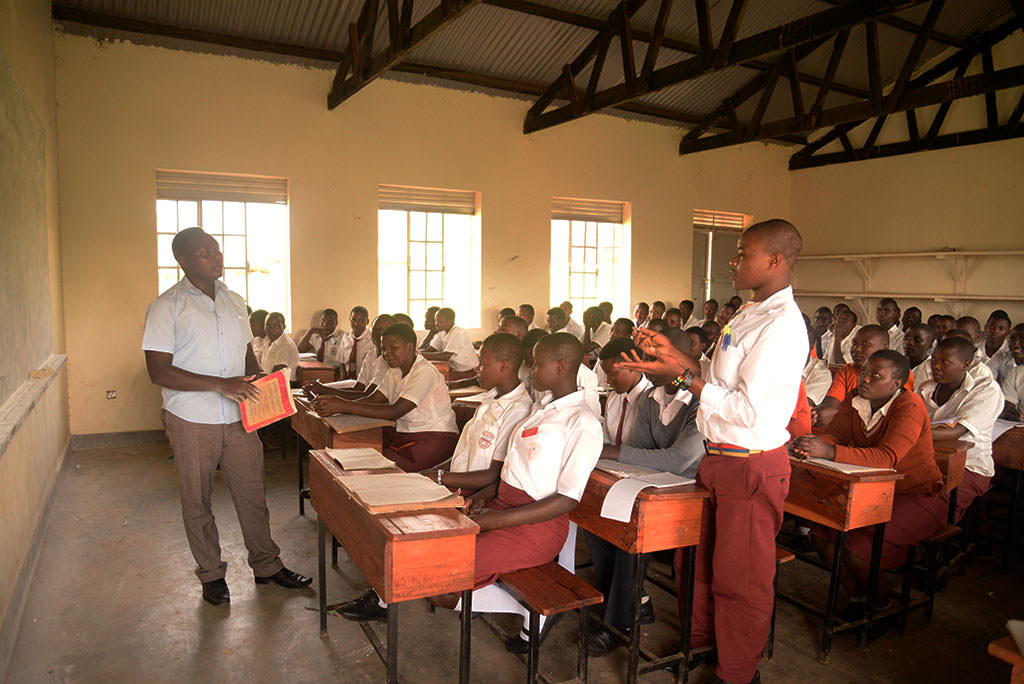 Ivan is one of the students who Rogers helped transform. He used to escape from school and had no interest in learning. Rogers walked with him and helped Ivan realise that he was on the wrong path. Ivan gave his life to Christ and completely changed. Currently, he top of his class and is a school prefect.

At Compassion, we never give up. We never lose hope. We care about each child. Rogers’ life could have had a different turn of events, but it didn’t. Now, he has a calling to look out for those whom poverty twists with a lie.