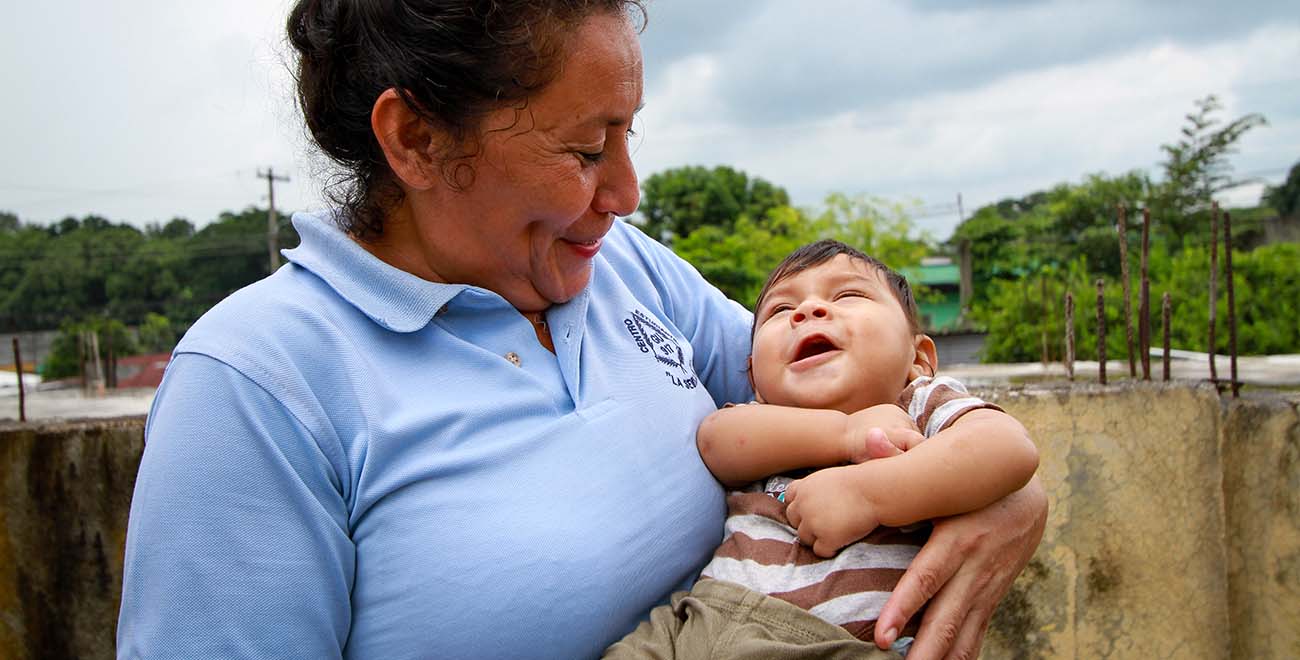 Maria was terrified when her youngest, Bryan, was diagnosed with Zika. But the Child Survival project has provided vital support.

Maria was terrified when her youngest, Bryan, was diagnosed with Zika. But the Child Survival project has provided vital support.

“Mary [Jesus’ mum] was the mother of a special baby, just like me,” Maria says. “And she had to be strong to fulfil God’s purpose in her. She and the staff at the project taught me that special babies have special purposes in life. I just pray and promise to do my best so that one day Bryan is able to walk and be a happy child.” 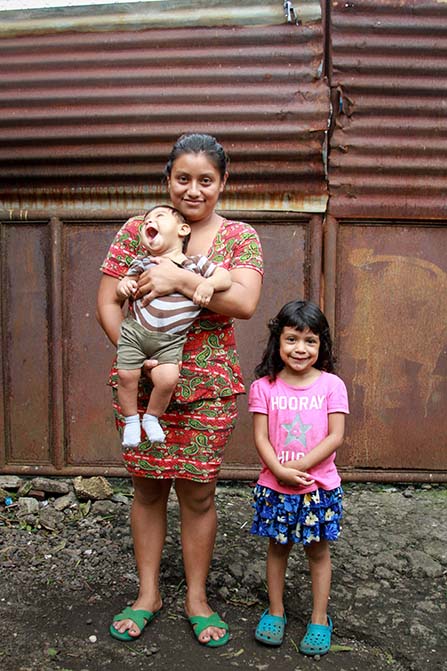 Remember Zika? The mosquito-borne virus in the news a year ago? When the eyes of the world’s media have turned away, the long-term effects of the Zika virus continue to affect lives throughout South America. In Guatemala, one bite from a mosquito changed the life of a pregnant mother forever.

Maria grew up in rural Guatemala but poverty didn’t let her be a child for long. At 12-years-old, she had to quit school to start working in order to get an income. At 13, she was raped by her employer and fell pregnant. At 19, Maria was expecting her third child when the Zika virus outbreak occurred. With her husband away due to work, she was lonely. Fortunately it was during this time she joined the Child Survival Programme at her local church.

“I was four months pregnant when I started going to the project,” Maria shares. “I loved going to the group meetings and learning about keeping a clean home. My favourite story that I learnt was about an important mother in the Bible, Mary. We even share the same name. She became like a role model to me.”

When she was six months pregnant, Maria began to feel ill but doctors told her it was a urinary tract infection. After a couple weeks of rest, Maria continued taking part at her local project. And at eight months, she was able to have an ultrasound thanks to the medical check-ups the Child Survival Programme provides.

The impact of Zika

“The [ultrasound] doctor said that my baby had a small head. I thought that it was because during my pregnancy I could not afford to eat much,” Maria remembers. She gave birth to a beautiful baby boy called Bryan. Vilma, one of the Child Survival staff present at Bryan’s birth, was concerned. 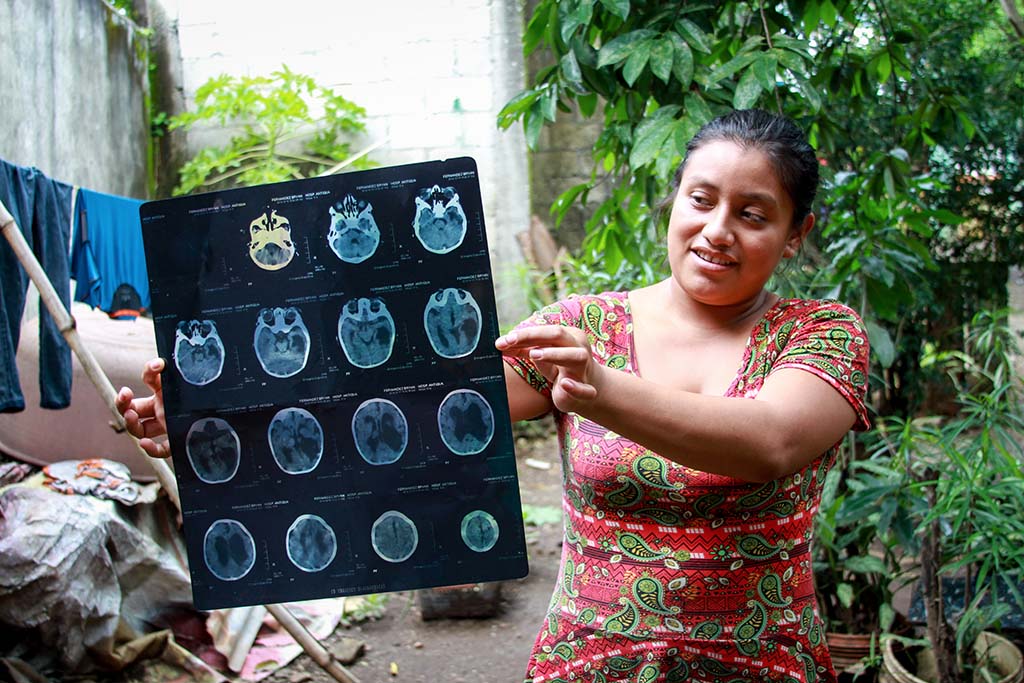 “I held Bryan in my arms and noticed that he did not respond to my hand gestures,” Vilma says. “His eyes moved around and he could not focus on one object. It made me suspect that there was something wrong with his sight but I needed to be sure before saying it to Maria.”

The project arranged for Maria and Bryan to travel to Guatemala City where doctors were able to get a diagnosis. Bryan had microcephaly as a result of Maria having the Zika virus during her pregnancy. He was also blind and had hearing problems.

“The doctors explained that my baby was different,” Maria says. “They mentioned that he was going to have many more troubles in life and that he might never walk. I was sad because I never expected my baby to be born ill.”

For the next seven months, Bryan underwent many more tests as Maria went back and forth to hospital, hearing about all the things her son was not going to be able to do. The project staff were determined to find ways to help Bryan and started investigating about the Zika virus, microcephaly and physical therapy. 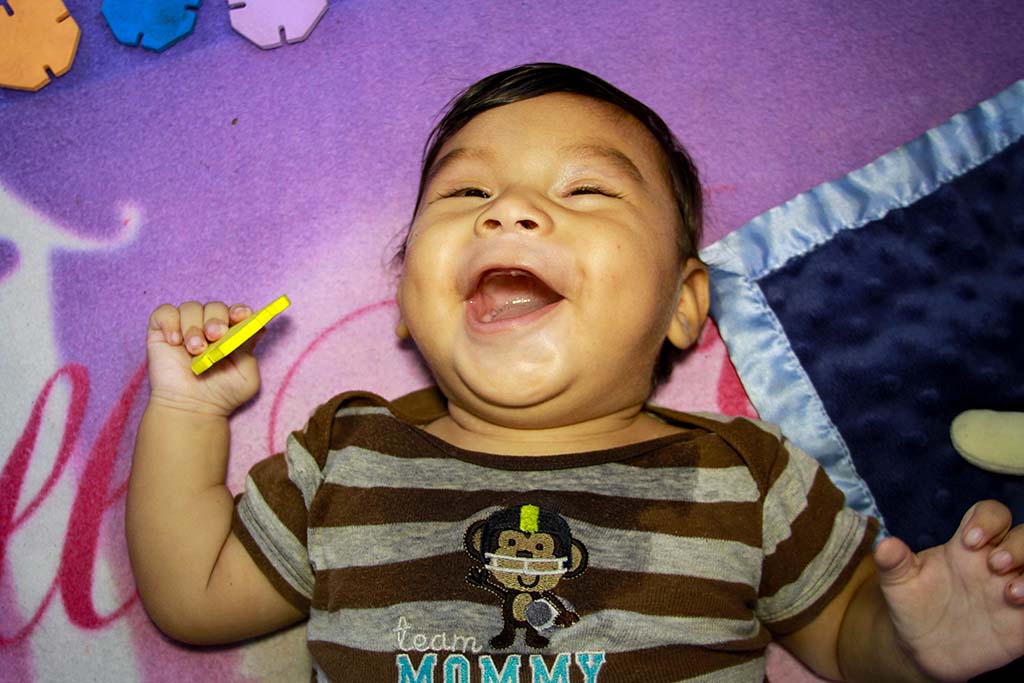 “We researched organisations that could help Bryan with specialised therapies,” project director Aury explains. “We found some but they were all in Guatemala City, located 60 kilometres away. I accompanied them to the therapies and Compassion covered the traveling expenses. After going for five months, we see progress in Bryan’s movements.”

There is a long road ahead for Maria and her family. Bryan and Maria now travel five times a month to Guatemala City for Bryan’s therapy and medical check-ups. Bryan also receives special therapy during Vilma’s home visits and medication for his constant respiratory problems. But thanks to the support of the amazing staff at their local project, Bryan has been given the best possible start and the chance of a brighter future.

“All my life I’ve felt very lonely,” Maria shares. “But now that I am at the project, I feel supported by sisters Aury, Vilma and Noemi.”