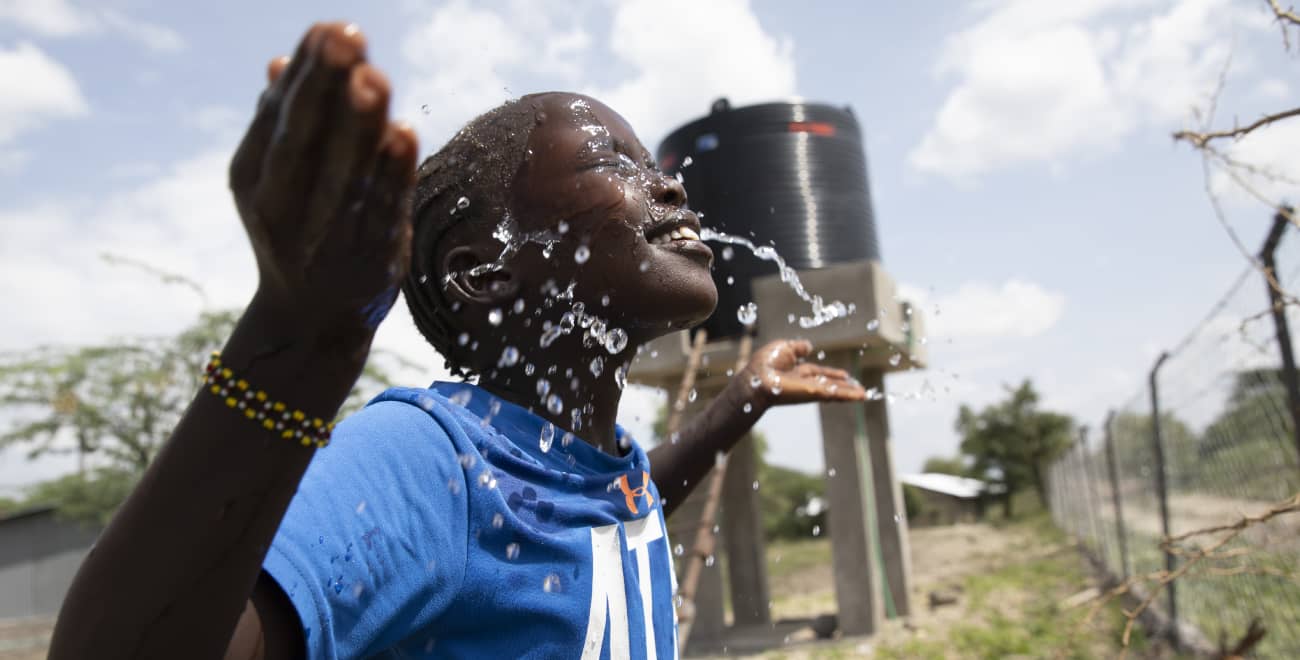 Water Interventions: How Can Clean Water Make a Difference?

Meet two girls who have benefited from the gift of clean water, thanks to Compassion’s Water Interventions.

Water Interventions: How Can Clean Water Make a Difference?

Meet two girls who have benefited from the gift of clean water, thanks to Compassion’s Water Interventions.

Home >Water Interventions: How Can Clean Water Make a Difference?

What does clean water mean to you?

Water. In the UK we often take the convenience of this essential resource for granted. But for many children and families we serve across the globe, water is scarce, difficult to access and potentially dangerous.

The UN estimates there are 2.2 billion people in the world today living without access to safe water. According to studies by the World Health Organization, contaminated drinking water contributes to the spread of deadly diseases such as cholera, and is estimated to cause 485,000 diarrhoeal deaths each year. In the past year, access to clean water has also been vital in preventing the spread of COVID-19.

In addition to the hazards of consuming contaminated water there are other associated issues and risks. The burden, dangers and negative effects of a lack of safe water fall disproportionately on women and girls – dangers that include vulnerability to abuse and attack on the long walks to fetch water. As a result, it is estimated that collectively, women and girls spend 200 million hours every day collecting water, time and energy which could be spent on other things.

In Kenya’s Rift Valley, where the blazing sun beats down, you can often see women and children like eight-year-old Rehema fetching water from the river – a time-consuming and physically demanding job. Day in day out many, like Rehema, make the journey of up to 6 miles with heavy jerry cans in intense heat, to fetch essential but unclean water which will ultimately make them ill. But they have no choice. 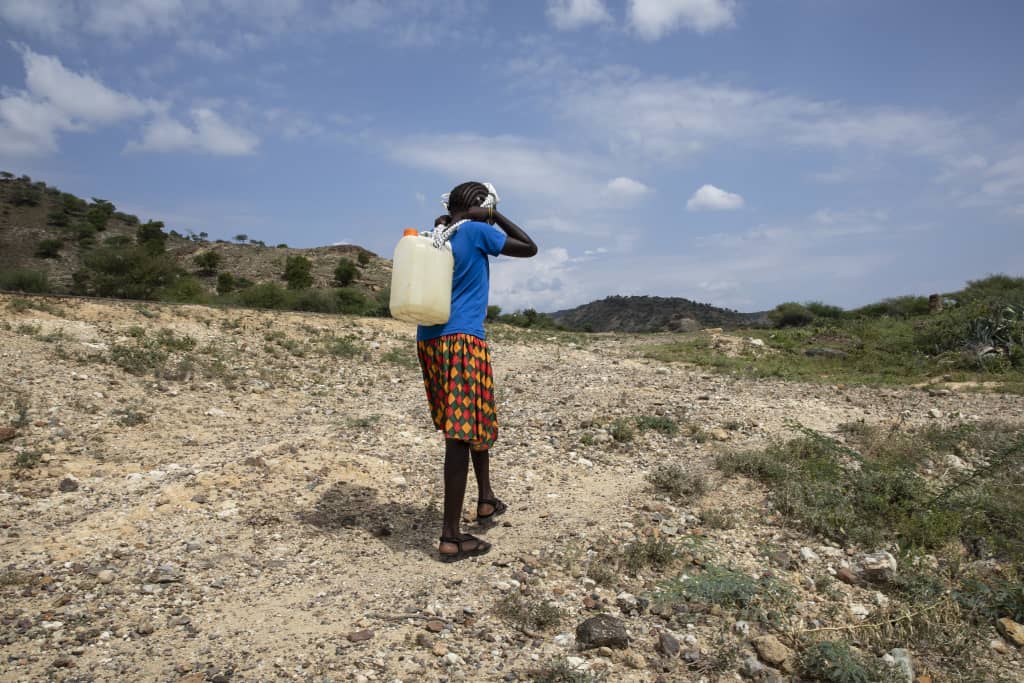 And humans aren’t the only ones looking for water in this parched land, animals also frequent this waterhole. But by the time animals have drunk their fill from what looks like a muddy ditch, the water is polluted with animal waste and harmful pathogens. As a result, the women and children who spend their whole morning fetching water are often left sick and suffering.

“Children would always complain of stomach pains and when we took them to hospital, we were told it’s because of the water we drink,” says Rehema’s mother.

Having heard their plight, a Compassion project in Kenya took action.

Annually, the community where Rehema lives receives 38 inches of rainfall. By harvesting this rainwater, the project would be able to provide enough water for the children, families, the child development project, and even the wider community.

In early January 2020, construction on a 100,000-litre underground storage tank began. Rainwater from the surrounding rooftops feeds into the tank, which is then pumped into an elevated 10,000-litre tank. Once finished, it brought huge relief to children like Rehema, her family, and many others. 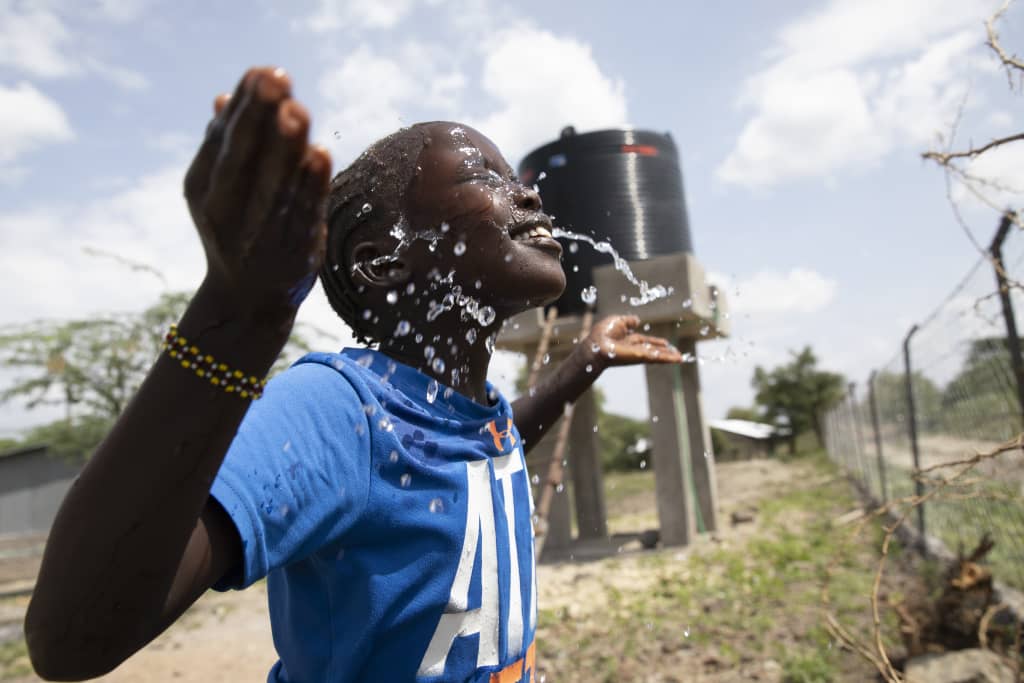 The water intervention was very timely and became operational just as the COVID-19 pandemic hit - when hygiene and handwashing gained significant importance.

“When fetching water at the project, children are not crowded as they would have been at the river,” said Rehema’s mother.

Rehema, and girls in her community, no longer have to make a long and potentially dangerous journey to fetch water that will ultimately make them sick. Today, the safe water available at the project close by means she has more time to learn and to play.

Every morning before sunrise, 11-year-old Yunita, and her grandmother walk through their village to fetch water from a well. 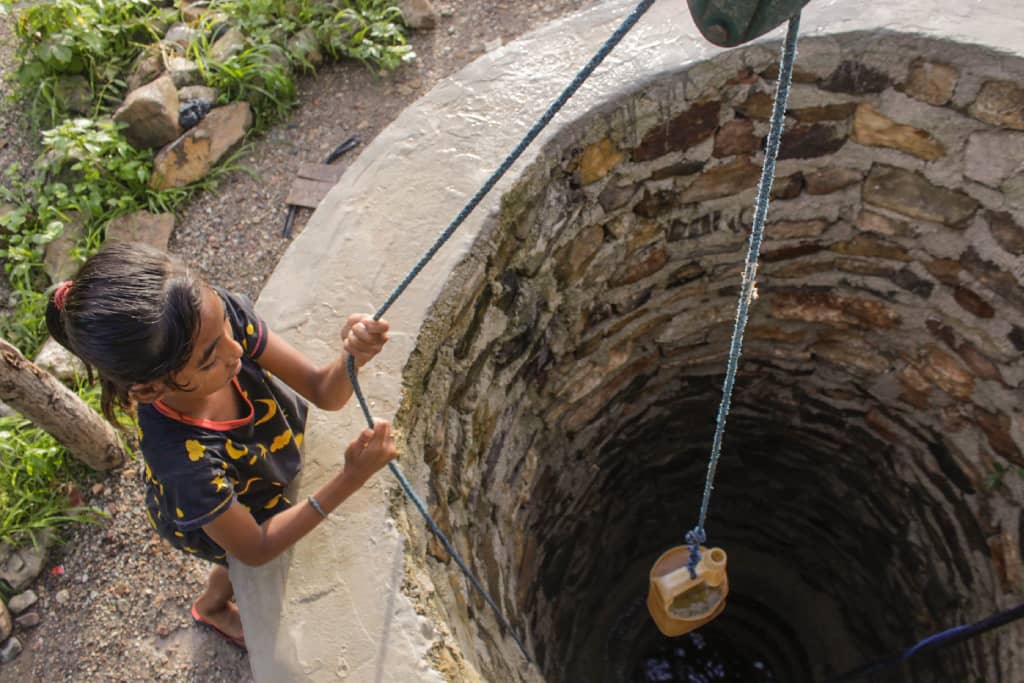 This two-hour journey is made all the more disheartening as the water Yunita collects isn’t even safe or clean—it’s usually mixed with mud or sand. But there are few other options.

Water shortage is a big problem for Yunita’s community on Sabu Island in Indonesia. Only two of eight wells in their village have water. The rainy season on the island is short, between 11 to 69 days from December to March, while the dry season can last for up to eight months.

But when Compassion's church partner constructed a well at the local Compassion project, it changed everything.

"When we heard about the possibility of building a well in our village, it sounded like a prayer answered. And I know that God has answered our prayers," says Jibrael Hela, Compassion project director. 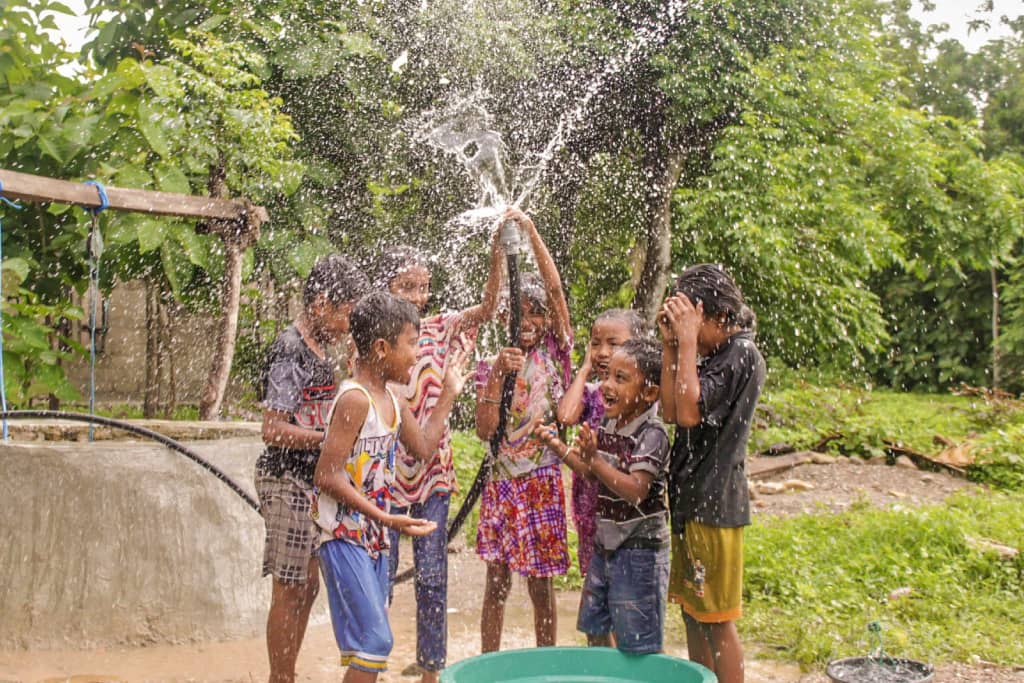 The well was constructed in January this year. It’s brought so much happiness to Yunita.

"Now I can get water easily and we don't need to spend two hours every day collecting it. The water is much better and cleaner than the water I collected from the old well. I no longer have to worry about the water running out at home because I can go to the project every time, turn the tap, and get water," she says.

Yunita's not the only one who has been positively impacted by the easy access to clean water. Jibrael says the availability of water has allowed caregivers the time to participate in meetings to learn about parenting and other life skills, like planting trees in the garden to stop erosion. People in the village who had never dreamed of growing vegetables, because of water shortages, are now able to do so.

Today, the provision of clean water has dramatically helped 30 families, including 162 children in this little village.

What does clean water mean for the future?

These two girls, and girls just like them, have been released from the burden of collecting unsafe water daily thanks to Compassion’s Water Interventions. But you might be wondering what happens next.

Clean water projects like boreholes and wells need ongoing maintenance and have been known to fail within a few years due to lack of local ownership.

However, studies show that 89% of Compassion’s sampled initiatives were still working after two years, and 79% of Compassion projects were able to repair their water projects without outside help. If problems should occur and outside help is needed, Compassion can call in specialists to fix the issues. Compassion’s interventions are always initiated and implemented by our local church partners, ensuring a high level of local ownership so the benefit to the community will be felt for future generations.

Could you give the gift of clean water to a child and their entire community? Visit our Water Interventions page today or visit the Compassion UK App!