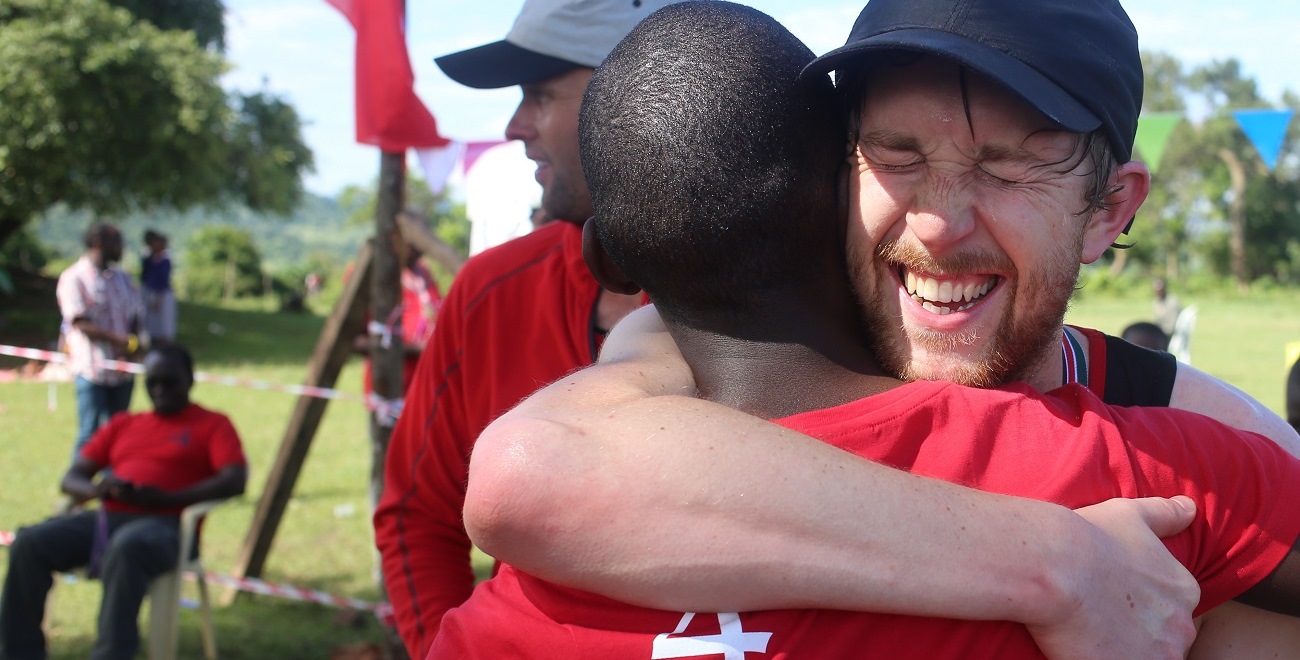 The day I ran a Marathon in Kenya

Darren Allwright looks back on his Muskathlon experience.

The day I ran a Marathon in Kenya

Darren Allwright looks back on his Muskathlon experience.

Home >The day I ran a Marathon in Kenya

You know the feeling you get when you’ve just experienced a milestone in your life? You sit in front of a computer or before a best friend about to tell them but you find it really hard to do it justice?

I’m in one of those moments.

My friend Ella, who completed the half marathon, and I are still saying to each other, ‘We’ve just ran a marathon/half marathon in the Masai Mara, Kenya!’

It even feels strange typing this into my laptop now.

Less than 12 months ago I was sat in a meeting room at Gatwick Airport with a group of people who had gathered to meet some crazy men from the Netherlands who had started an movement called the 4th Musketeers. As they showed us the video of the Muskathlon in Uganda 2014, I looked over at my boss in hope that he might consider me joining in one day.

Justin gave me the thumbs up and from that moment, my focus was on getting as fit as possible for the Kenya 2015 as part of the first UK Team to complete the challenge.

The truth is, you can think you know what it’s like to run a marathon in a developing country but you’ll never fully understand it until you actually do it.

All the memories, expectations and thoughts of the past six months are whizzing through my mind at 6am as I’m stood under the huge red start line, still dark, with over 300 fellow Muskathletes; over 200 of these are a mixture of Compassion Leadership Development Program students and Lolgorien locals. My friend, Francis, whom I wrote about earlier in the week, was taking part in a 60km cycle which made it even more powerful. He is part of the change in Kenya. 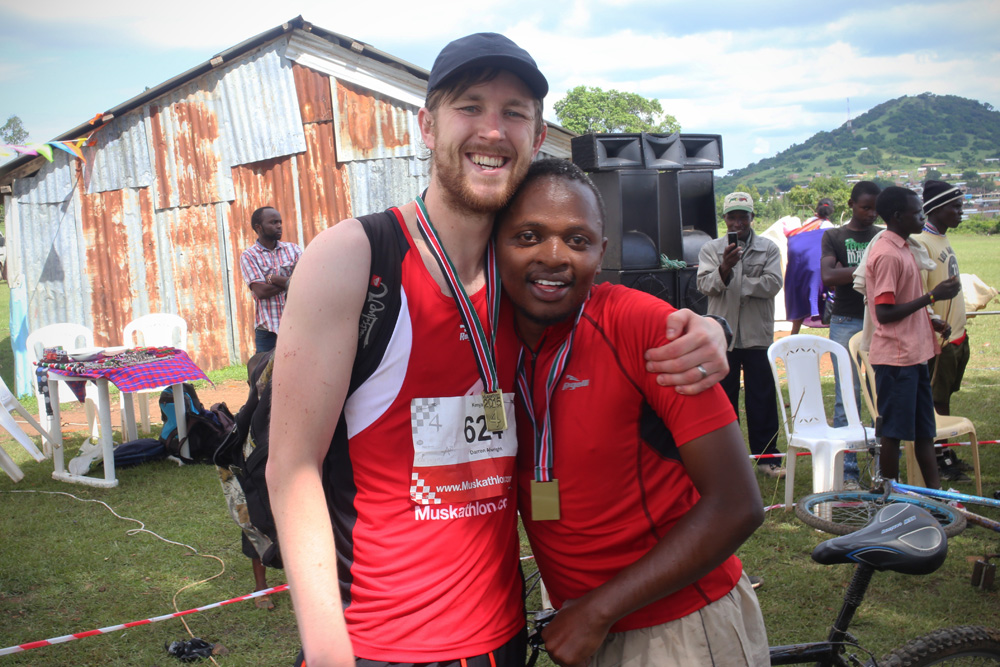 After an inspiring word from our leader Henk, we set off, watches beeping in the night sky and minds now focused on the run.

The first kilometre is quick! My stereotype of anyone who ran in Kenya is that they would last the distance without stopping but this wasn’t to be the case. It took me by surprise when many Kenyans would sprint then stop, then sprint, stop…Saying this, the winner of the half marathon finished in a rapid 1hr 7 minutes.

It was around 7am when the sun came up which meant we had an eerily quiet first 10km as we weaved down mud tracks, over bridges and up a gentle incline to well over 1,800m (~5,500ft)  in altitude (to give you a comparison, my training runs were at 300ft). I certainly noticed a significant difference in my breathing. The good news was that the sun was hidden behind a gentle covering of clouds meaning it was only until the second 21km that it was pretty hot. A friend told me it was 19 degrees C at 6am and 39 degrees C at midday, a couple hours after I finished.

The course was a half marathon (21km) loop meaning that when I returned to the start/finish line in just over 2 hours, off I went again. I was impressed with my split time given my Achilles injury was making itself known and the hilly route preventing me from getting into any consistent rhythm.

By the second lap the half marathon runners had finished and the course had fewer runners but more villagers making their way to work or school. The hardest part was the climb up to a water station at ~5,500ft but fortunately I had my new friend Miguel from Guatemala 100ft before me to use as a pacer. Miguel was one of 6 athletes who completed an ultra-marathon (63km) which made my marathon look a bit measly; they all came in with a time of under six and half hours (the winner clocked 06.05:00); impressive in this environment.

Once I had reached the water station I knew I could make it round and at 10km to go had the bonkers thought that I might get a PB (03.57:00); without my Achilles injury maybe but not today.

For most of the run, I ran alone to ensure I was in my own rhythm and pace. However, with 6km to go I was joined by a young boy who wore the sports gear of the Compassion project we were starting and finishing at; Lolgorien Compassion CDC KE-432. This was such an amazing experience. With my exhaustion and lack of language we hardly spoke but we were in unison. He was a faithful aide who ran in his school shoes at my pace without the need for words or encouragement. This little lad even outran his friends when they joined but soon ran out of energy.

My legs were aching and my Achilles was in pain as I approached the final water station with only 3km left to go. I filled up, as I did at every other stop, with some sports drink and a little water and started the gentle rise up to the centre of Lolgorien then a sharp right over the same route as the Mini-Muskathlon earlier in the week. My little friend and I took the next right past the church building to the sound of a live band and the sight of the “Finish” banner. In this moment I was overjoyed knowing that I have been blessed to experience this run and also be a blessing in the process.

As we turned into the finish area, the faces of the new friends whom I have met on this trip were smiling and clapping and cheering. I sprinted to the line with my hands lifted in victory with a time of 04.10:00. I’m so pleased with this time! 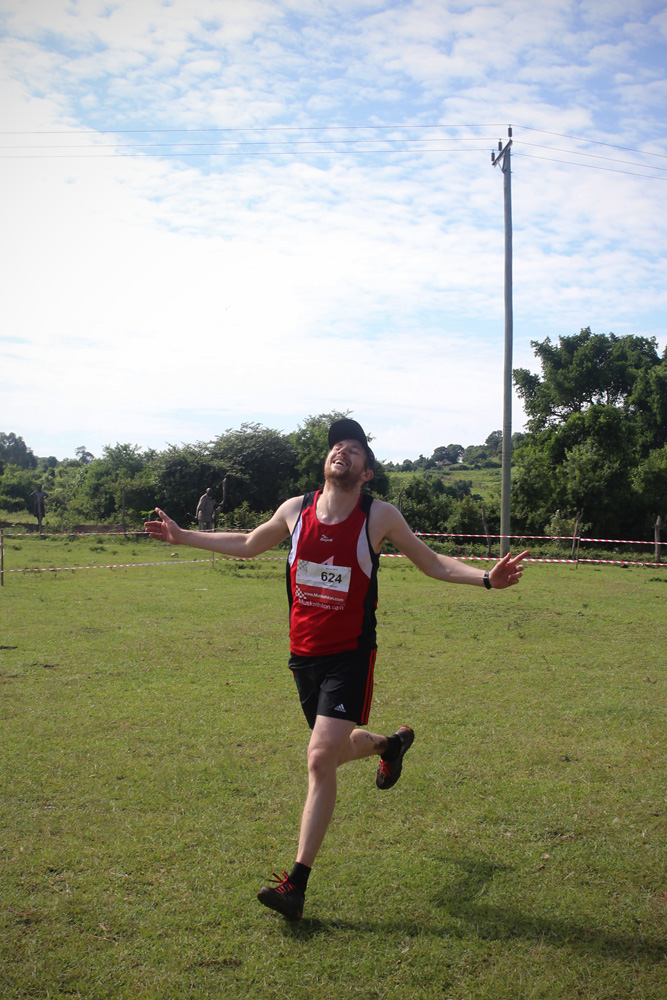 This run was more than a race. It was a coming together of my passion to see children and families released from poverty and the hard work to get myself physically prepared and mentally fit.

For all those who have supported me financially, verbally or prayerfully, I salute you. You have helped support the building of a kitchen in Nicaragua, a country very close to my heart.

More than this though, I hope it has opened your eyes to the potential we have as men and women to make a lasting difference to those who deeply need it.

I was the runner, you were the support crew and for that, I say thank you.

Just so you know, I’m definitely going to do this again so let’s change history forever! 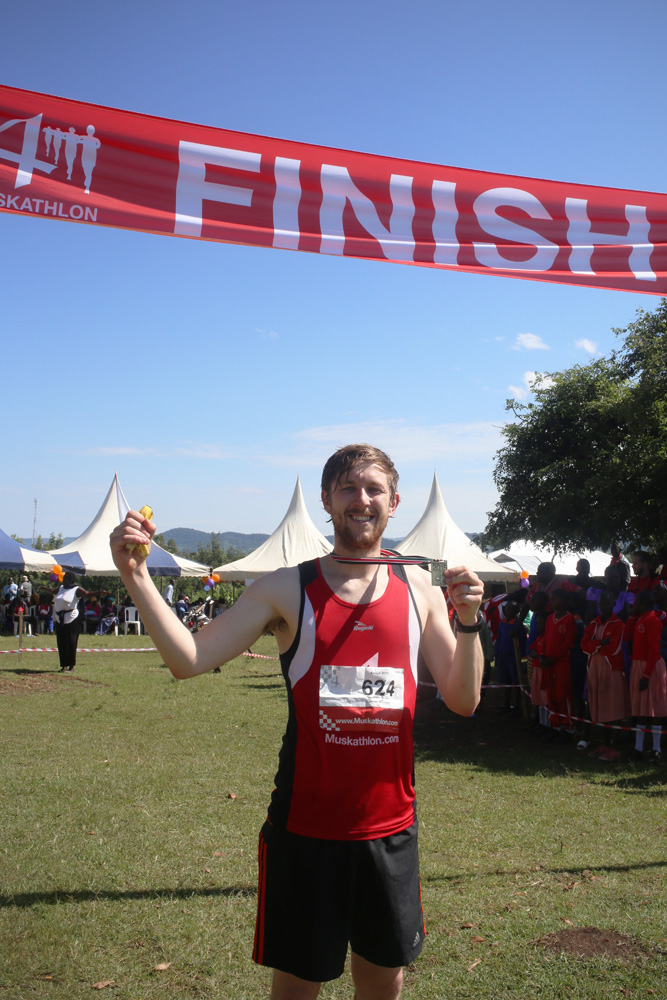