Planting seeds in the dangerous neighbourhoods of Recife

Planting seeds in the dangerous neighbourhoods of Recife

Home >Planting seeds in the dangerous neighbourhoods of Recife

Recife is a beautiful city in the Northeast of Brazil. The city is also known as the “Brazilian Venice” because of it’s winding rivers and scenic bridges. The Atlantic Ocean bathes the city’s beaches, where the temperature can sometimes be stifling; in excess of 40 degrees Celsius.

However, hidden behind the intricate avenues and stunning palaces, there is another face of the city: violence. This Recife is filled with families fractured by drug trade and use. This is also the Recife of gunfire and gangs and the place which is home to 8-year-old Emidio Cabral Justino Dos Santos.

Emidio was 4 years old when he witnessed his mother, Michelle, being arrested. His 23-year-old mother had kept guns and drugs inside the house to earn a living. She knew it was illegal and she knew the consequences. Their house had been searched before and Emidio had previously witnessed police violence towards his mother inside his home. Before Michele’s arrest, it was not unusual for Emídio to arrive at the Project worried about this situation at home. Even as a young boy he understood what the consequences of his mother’s choices could be and reminded his mother of them, asking her not to keep drugs inside the house, hidden inside baby socks or below the sink. 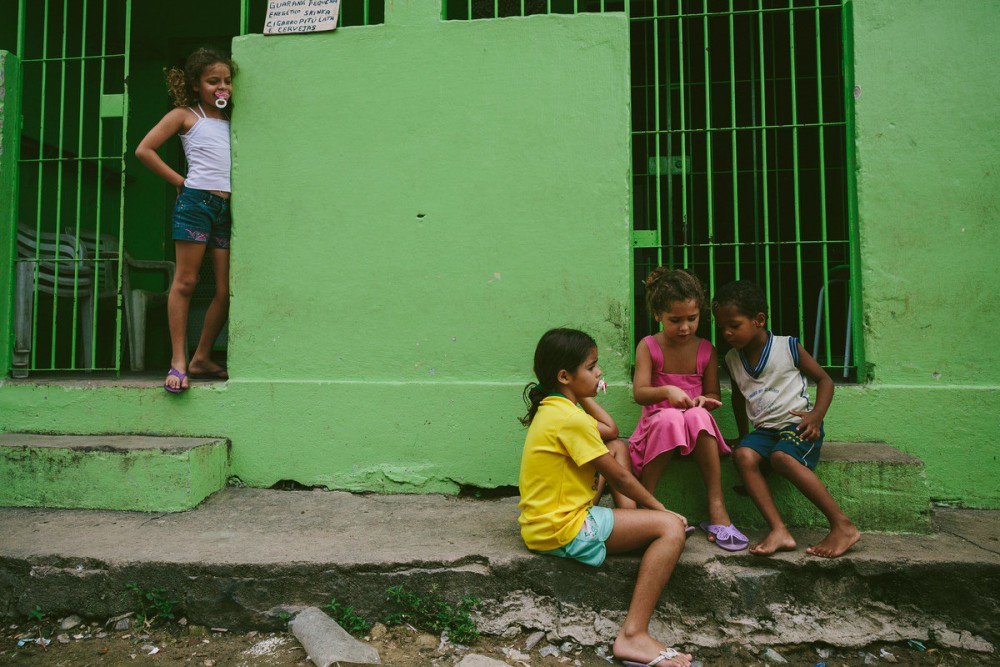 On a second search Michelle was arrested leaving Emidio, another child and twin babies behind. During her arrest, each child lived with a different relative. As Emidio’s father was murdered when Emidio was in his mother’s womb, he lived with his grandfather during this time. “She did the wrong thing and I know she is paying for it,” were Emidio’s only words. But he loves his mother, despite her mistakes. At the time of these photographs (2 years after the arrest) Emidio’s mother had been released from prison.

A few years ago, Alexandre, a Compassion project worker, was tragically caught in a shooting as he was leaving the project. Inside the project centre, the children heard the shooting unfold. “It was a terrible time. It was difficult to explain to the children that God was in control. We lost a friend. Alexandre was loved by the children,” explained Adriana Lima, the director of Emidio’s local Child Development Centre.

Because of Emidio’s situation, since he was first enrolled at the project the staff have supported his family by visiting them and supplying their needs. During his mother’s arrest Adriana would comfort him and tell him, “We are praying for your mother,” she would talk about Jesus and reminds him of how Jesus is taking care of him and his siblings. “Jesus is my father,” he would say.

Inside the safe walls of his Compassion project, Emídio has the chance to share his feelings, express himself, forget about his worries and be a child. “I like to draw and to eat Aunt Val’s meals!” he says, smiling. His favorite song is the hymn “At the Cross”.

The project acts is a refuge to little ones like Emidio whose childhoods would otherwise only unfold in the dangerous neighbourhoods of Recife. Adriana explains how the project plants the seeds of the Gospel into these children’s hearts. When a tragedy happens the teachers are able to explain about the love of Jesus, that he forgives sin, saves people and takes care of them. “Thank God, in ten years of work in this violent community, none of our children was affected by a shot. It is a miracle…” Adriana reflects.

These images reveal a typical day in Emidio’s life of waking, walking to school, attending his Compassion project classes, visiting friend’s houses and walking around his neighbourhood. His story is similar to many of the little ones who attend project BR-333.

It is through stories like these that we can see the actions of God’s servants – His hands and feet – reflecting a picture of His love, service and sacrifice. We can see the grace of God overflowing in these tough places and in the hearts of these little ones in Recife. In Adriana’s words, “God takes care of us.” 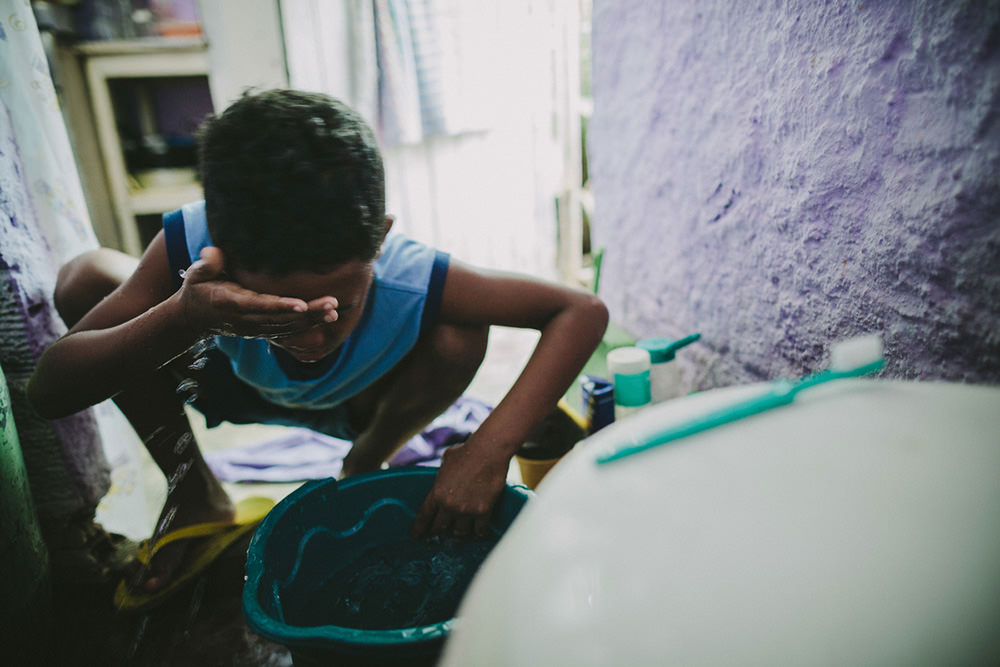 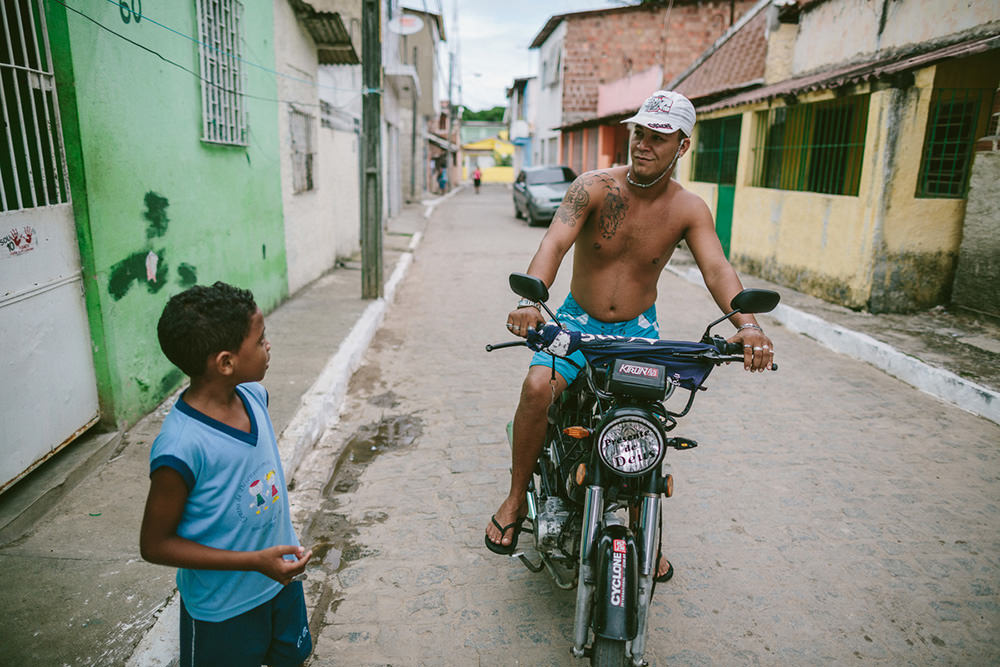 Emidio talking to a man outside his home 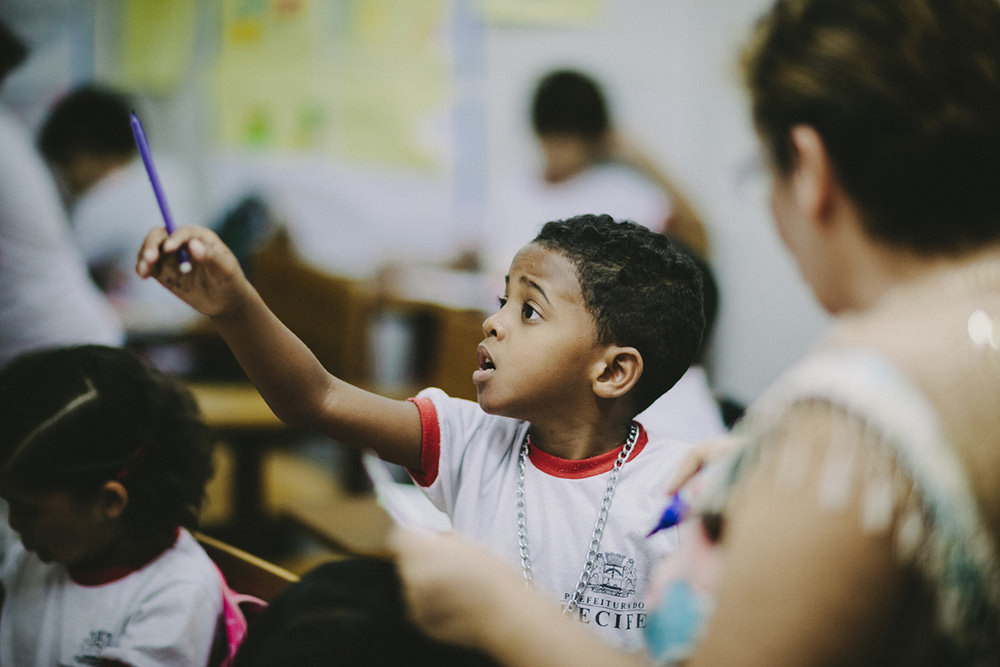 Emidio during class at school 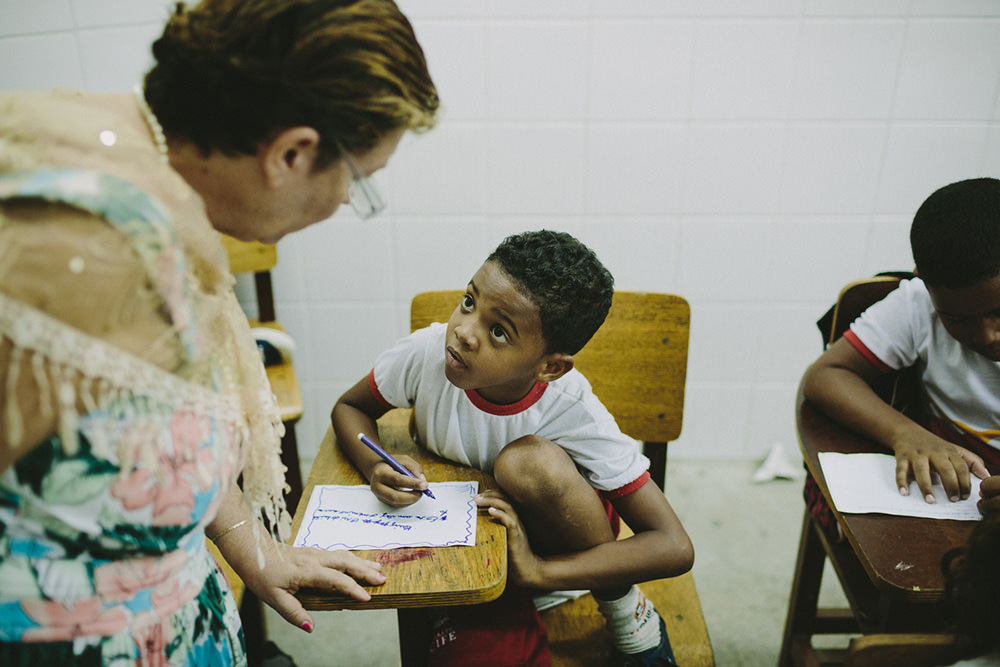 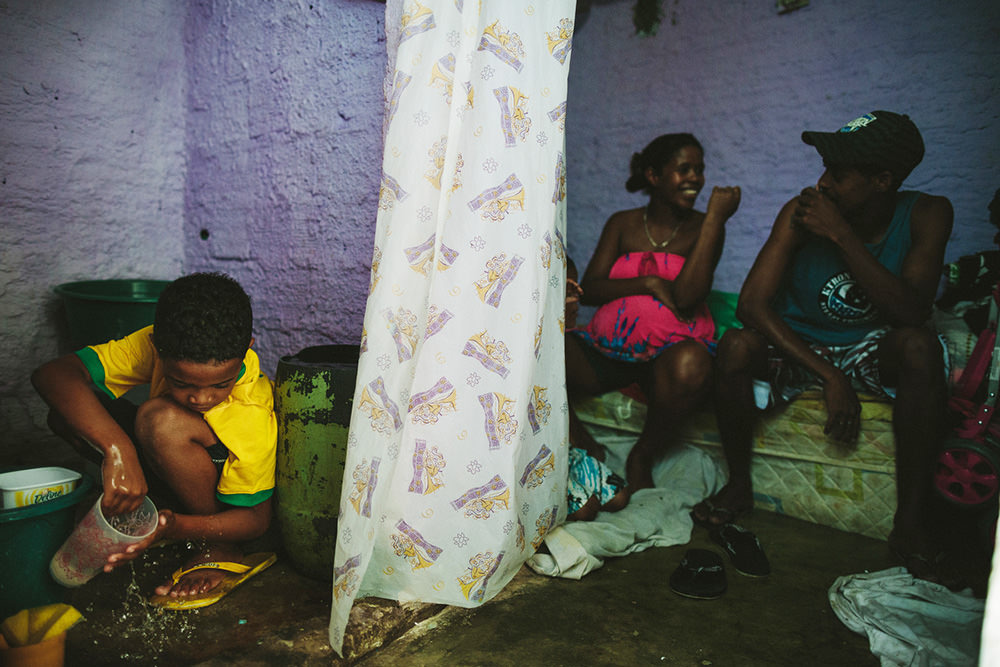 Emidio at home doing the dishes 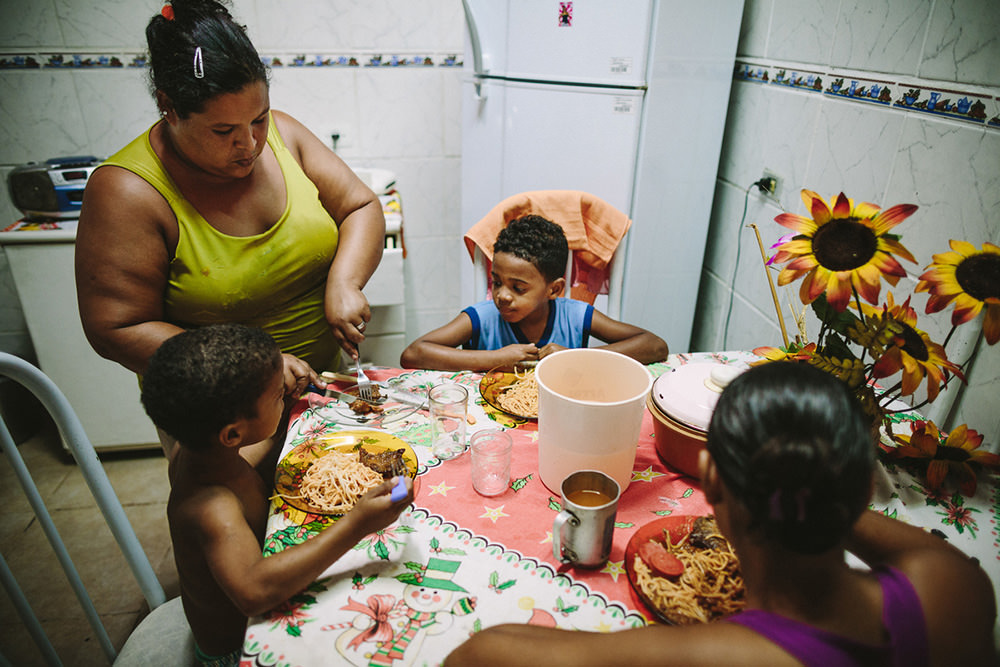 Emidio playing in his community 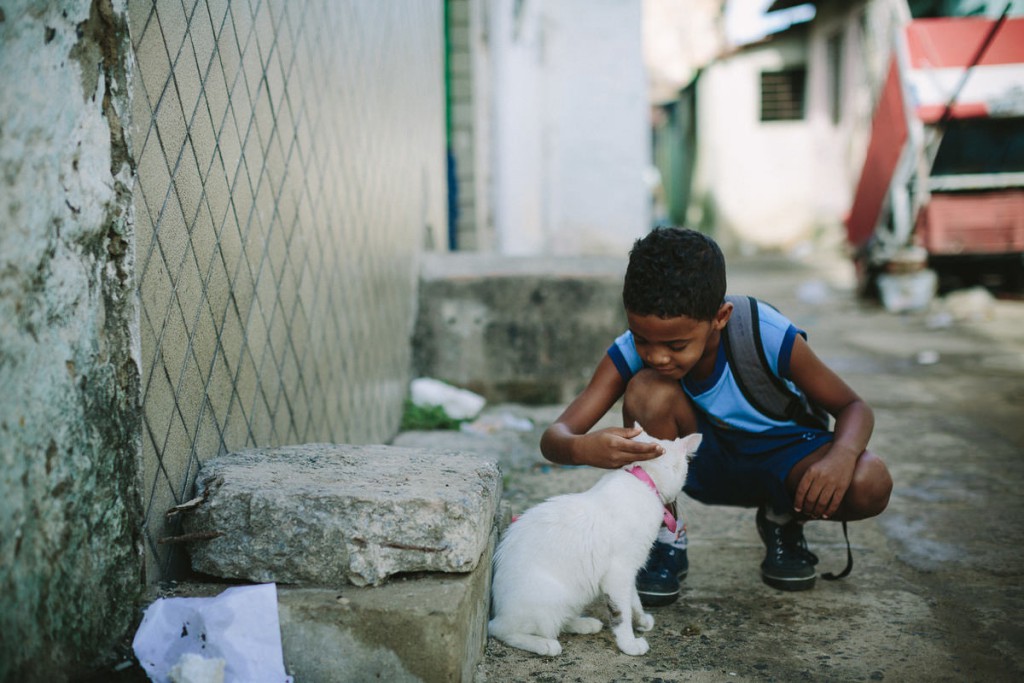 Emidio washing his hands at this Compassion project 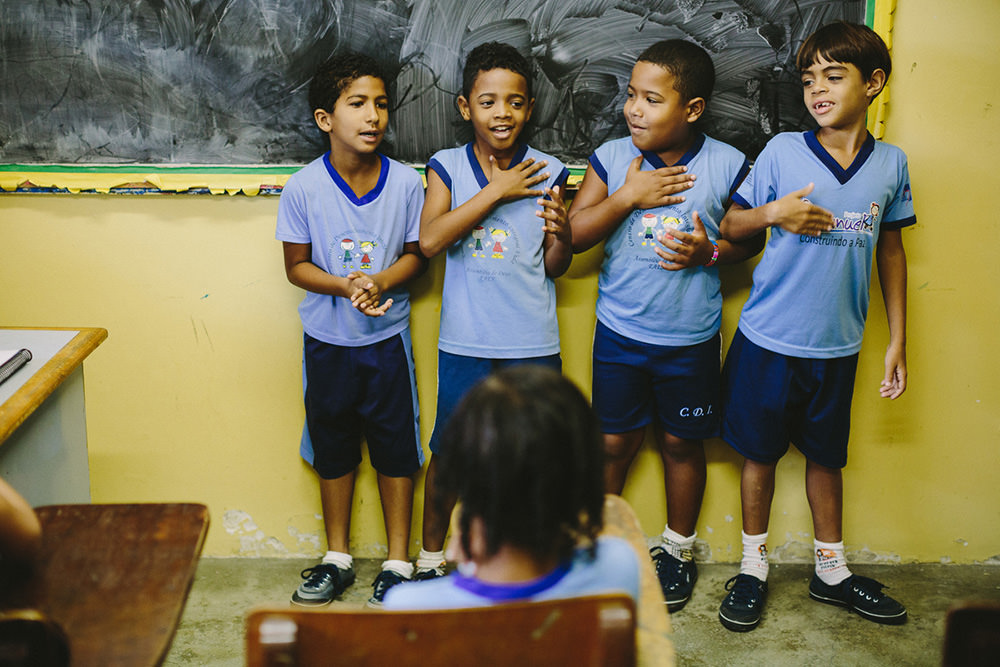 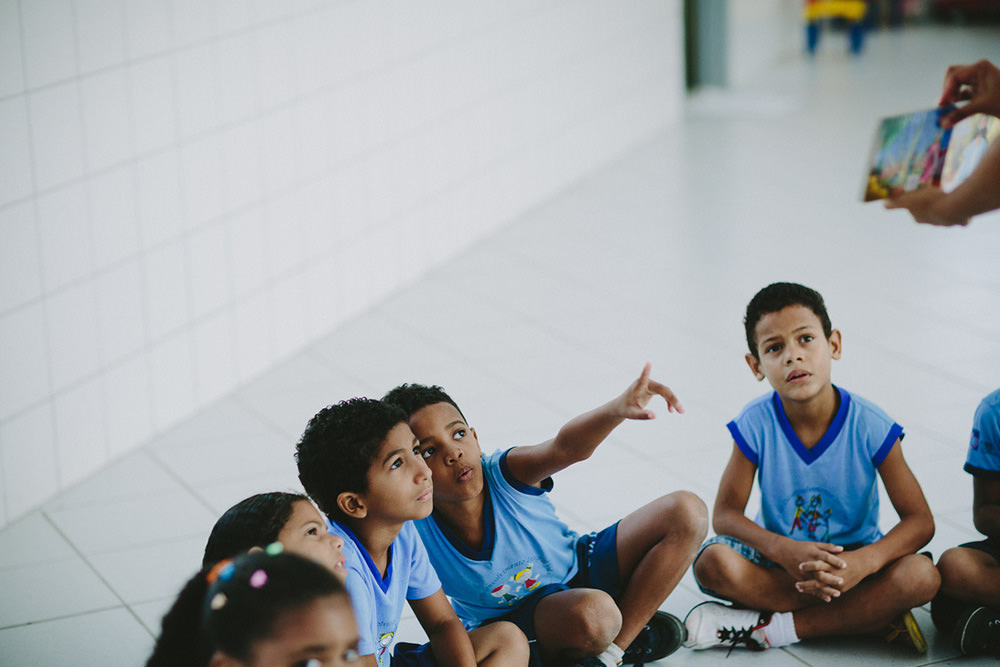 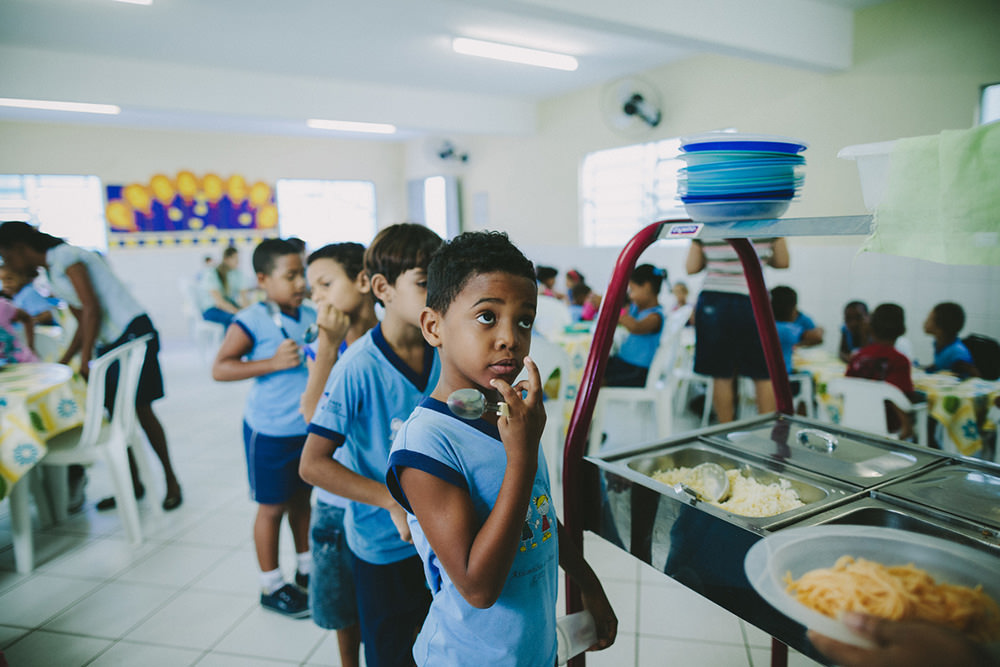 Emidio outside his home