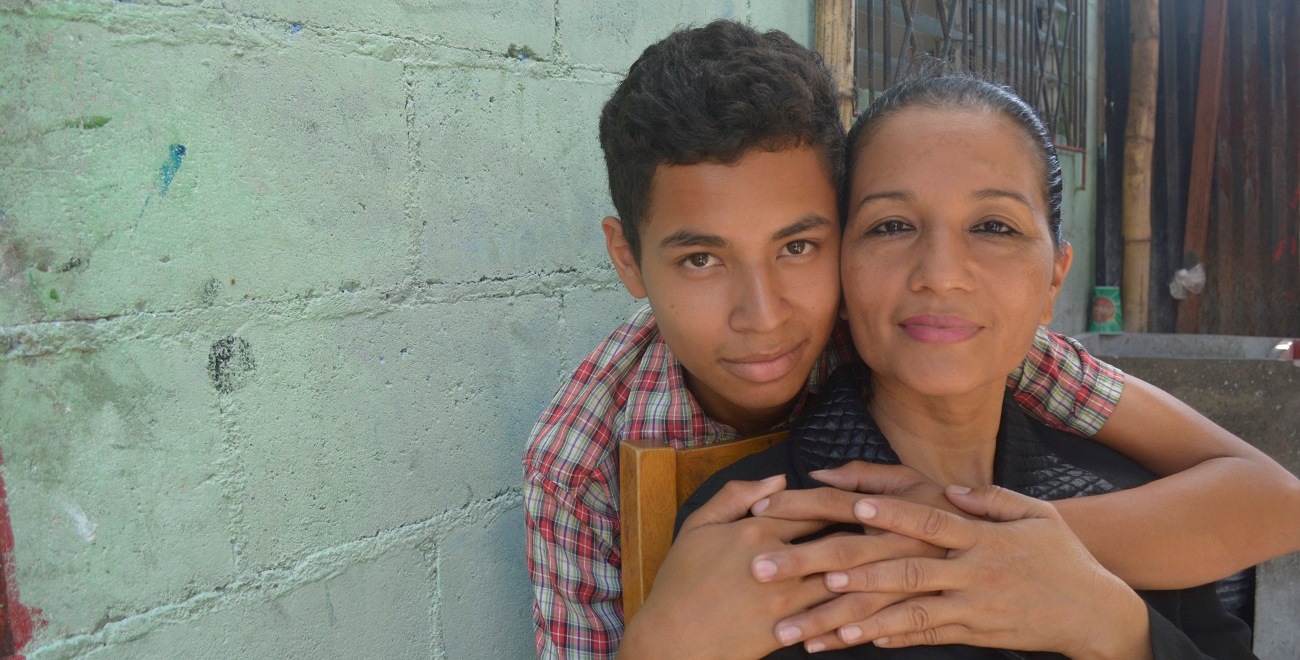 Killed for wearing the wrong shoes

A story of salvation amidst tragedy.

Killed for wearing the wrong shoes

A story of salvation amidst tragedy.

15-year-old Gabriel cradles his mum, Maria, in his arms. It’s 5 am and she’s shivering as the rain quickens on a hazy morning in El Salvador. Gabriel wraps his jacket around his mum as they both pause to look at his older brother’s grave. Maria struggles to stand, exhausted from sobbing through the night. Beneath his breath, Gabriel mutters a simple prayer: “God, I want my mum to be full of your love. I want her to be free from the chains that have kept her from you.”

Gabriel came to faith five years before his family hit crisis point. He invited Christ into his heart during a spiritual lesson at his Compassion project, Cachorros de Leon (which translates to Lion Cubs). The first Christian in his family, Gabriel was spurred on in his faith by William, his project tutor, and his sponsor’s letters. “Gabriel is a very respectful young man,” William explains. “He’s become closer to God.”

From the moment he met Christ, Gabriel prayed persistently for his mum and siblings. Maria was insistent that she had no interest in God. “I used to be defiant to God,” she explains.

But one day everything changed for the family. Gabriel’s older brother left for work and never came back.

In Ciudad Delgado, there’s a constant threat of gang violence. One morning, Gabriel’s brother put on a pair of shoes his uncle had given him. He didn’t realise they were part of his uncle’s old police uniform. He walked into a neighbouring community and was met by local gang members.

Gabriel’s brother was killed for wearing the wrong shoes.

Maria was devastated. A single mother with little support, she was unable to work as she battled with grief. Gabriel would often have to collect Maria from the local cemetery after she had spent hours weeping by her son’s grave. In the months following the tragedy, Maria had a breakdown and was eventually hospitalised.

Aged 15, Gabriel took on the responsibility of for caring for his four younger siblings. It was an extremely difficult time but he was grateful for the ongoing love and care from his project. Gabriel was still able to attend activities and even learnt to bake during a series of vocational training workshops. He took comfort from his sponsor’s letters. “He would always have encouraging words to share,” Gabriel says. 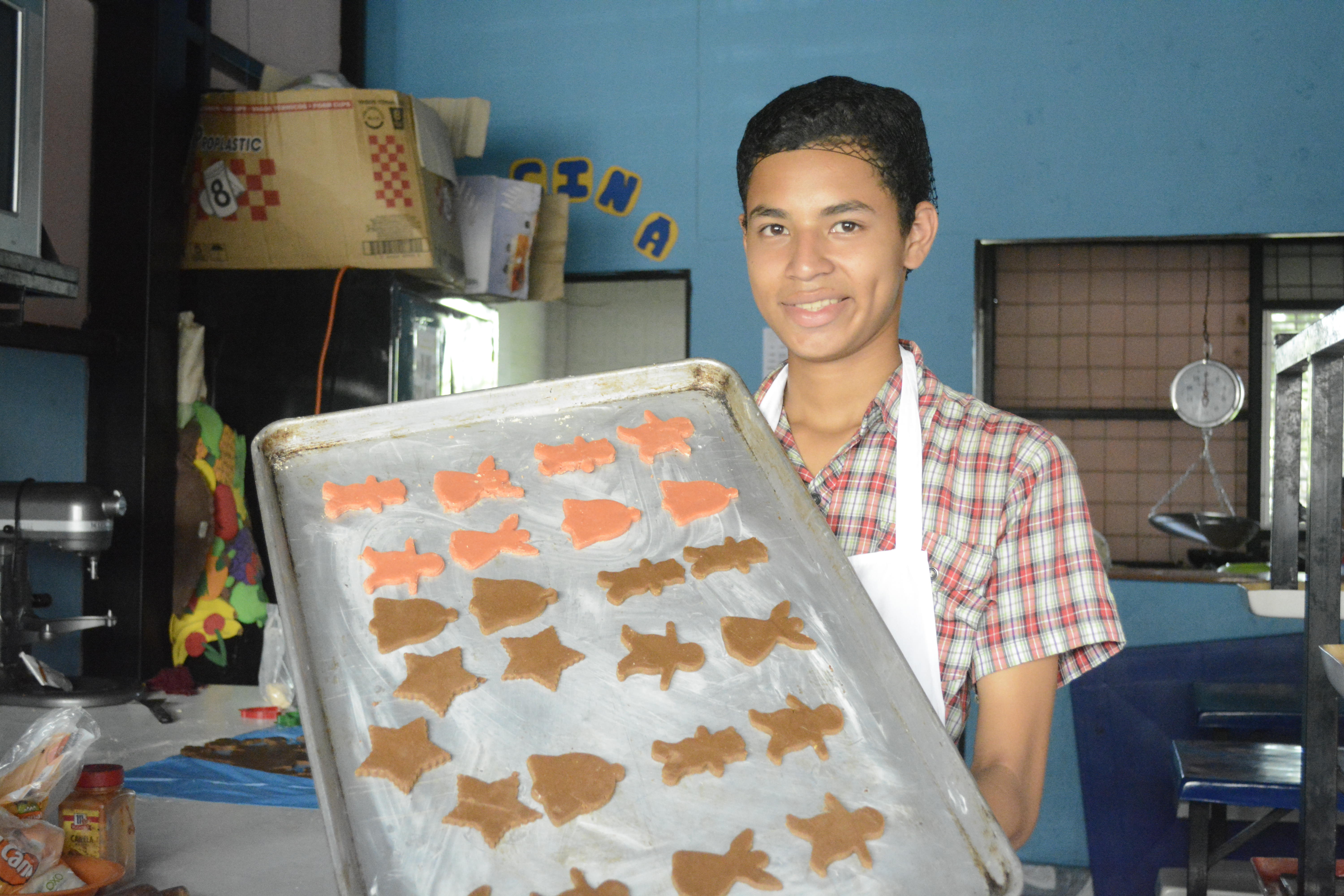 Gabriel visited his mum’s bedside every day to pray for her and share from the Bible. “My son used to go quietly to pray before sharing the gospel with me,” remembers Maria. Over time, her condition improved and she was able to return to the family home.

After years of faithfully asking God for his mum’s salvation, it was an invitation to a church spiritual retreat that eventually provided Gabriel with his answer. He was even able to pay for her to go using the funds he’d raised from selling biscuits to his neighbours.

“I went to that retreat and it was life-changing,” says Maria. I embraced God’s true love and mercy.”

The grief of losing a son and brother will always be with Maria and Gabriel. But what was once a house of mourning is now a refuge for local believers. Maria and Gabriel now co-lead a church cell group in their home and the whole family has come to faith. 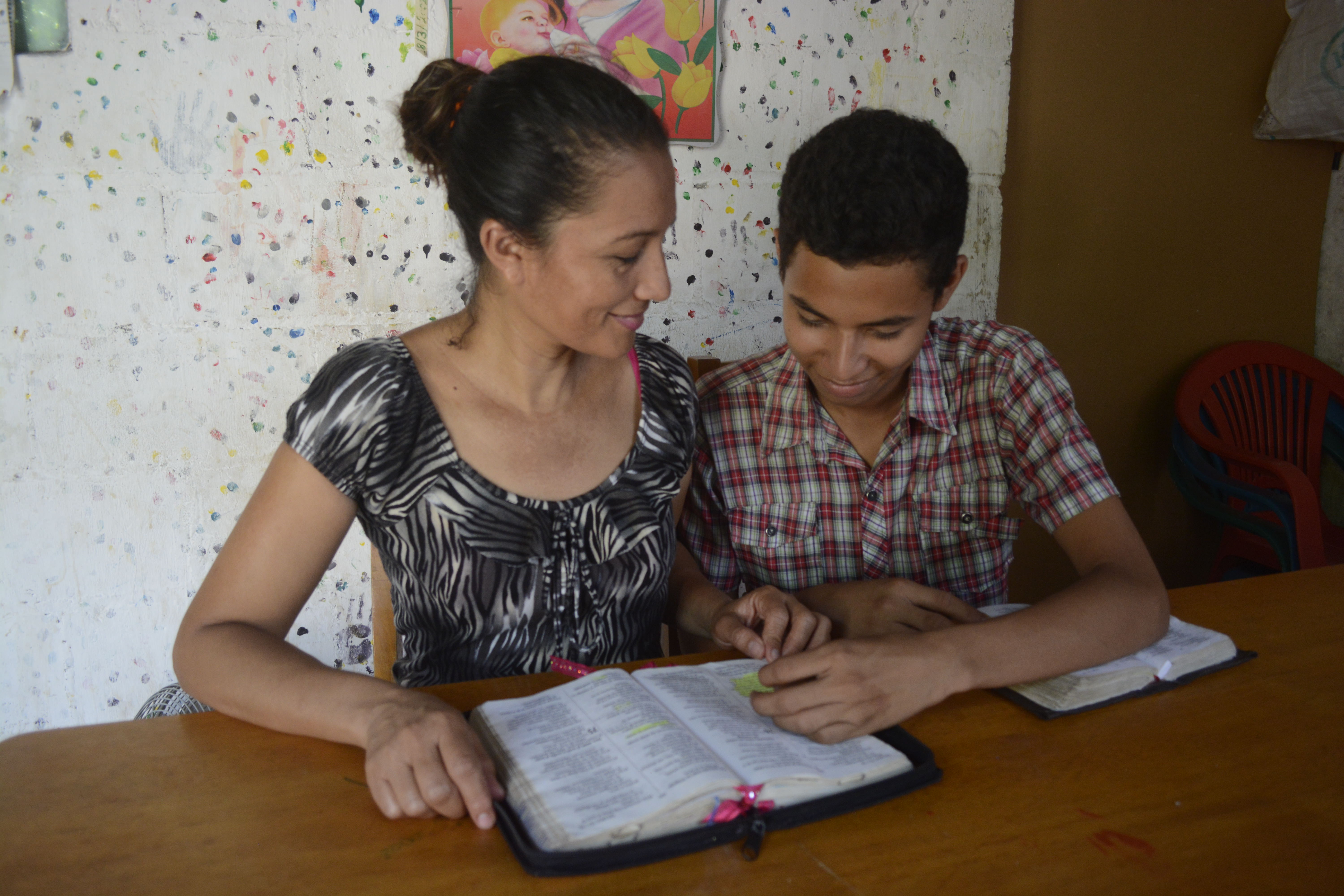 Gabriel and Maria regularly read the Bible together

“Gabriel helped me to see the real God I should worship for the rest of my life,” explains Maria. “That is the result of prayer.”