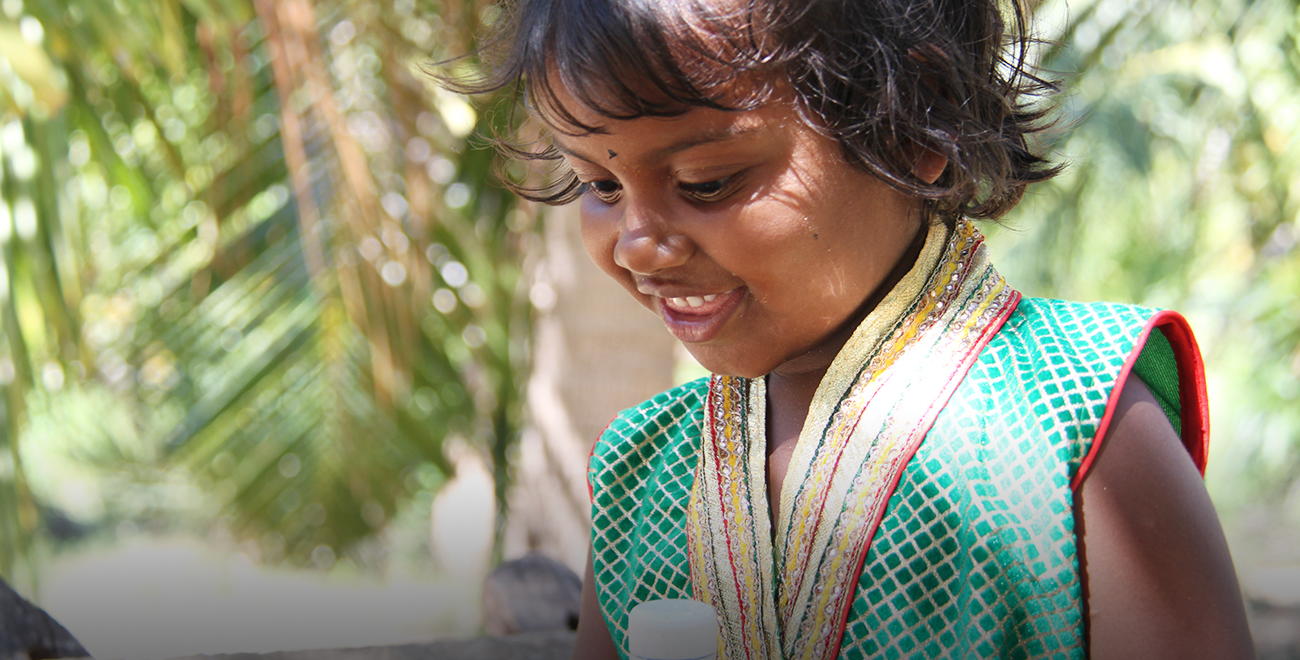 “For my Sadhursha, I try”

“For my Sadhursha, I try”

A few months after she was born, Sadhursha was left with her grandfather when her mother moved away with the hope of finding a job. “She never came back,” explained Esikimuthu, her grandfather. “Her mother doesn’t call her much, even if she does, Sadhursha doesn’t like to speak to her.” 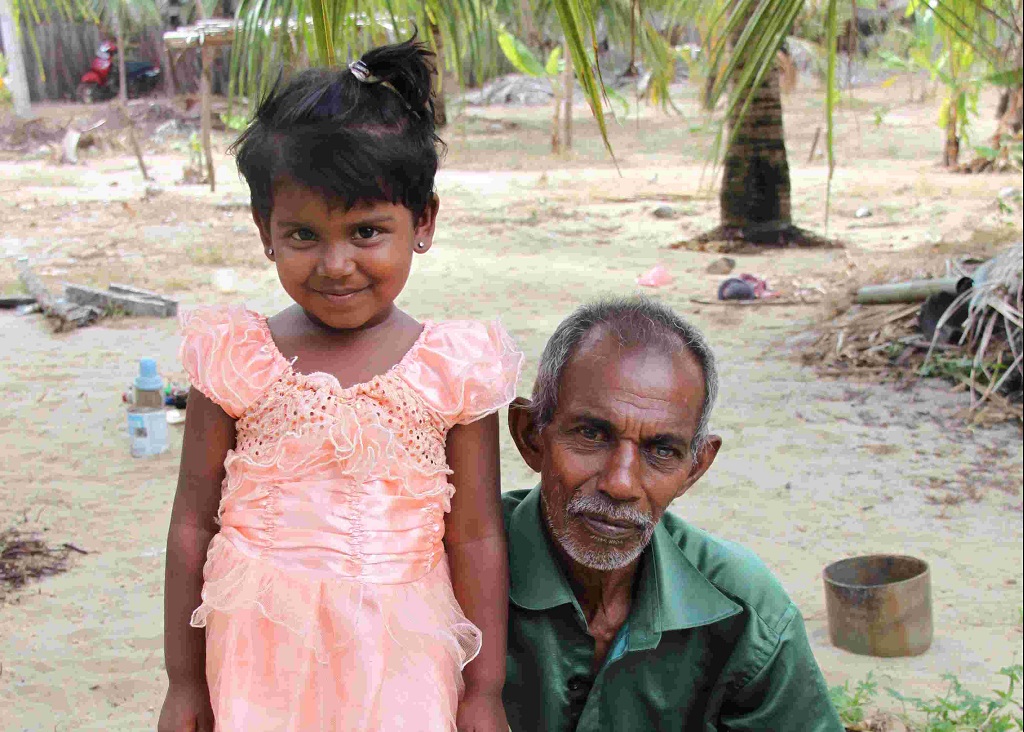 Sadhursha and her beloved grandfather.

This was the first time we heard Sadhursha’s story. She was living with her grandfather in a small hut. No rooms, only two pots with stale rice and old curry. A few clothing items laid out on a wooden plank, a drink bottle less than half filled with Kerosene and a makeshift kerosene lamp. This was all she and her grandfather owned. Nothing more. Less than even the bare necessities. But little Sadhursha didn’t complain. She smiled, and brought a smile to the faces of all those around her, including her grandfather. Innocence shielded her from the reality in which she lived.

“I am 69 years old. My left eye is blind. I am losing my right eye, too. It’s a cataract the doctors say,” Esikimuthu told us, sat on the bare sand, whilst Sadhursha ran around him, not leaving his side. “ They told me to get an operation. But I don’t have the money for that.”

Their home, made of dried leaves, caught fire two months previously when the kerosene lamp toppled over. The neighbours managed to put it out, but not before the fire destroyed one section of the roof and wall.

“I am struggling now. I don’t have much to give Sadhursha. We have not eaten for two days. Our neighbours give her some food sometimes. But I cannot expect that every day. I don’t need food, I can try and manage. But I cannot leave her hungry.”

Esikimuthu couldn’t hold a permanent job because of his physical condition. “I go to the market and sometimes I am able to sell a few fish. I try, I try my best. For my Sadhursha, I try …” tears filled his eyes as he looked away, not wanting his beloved granddaughter to see him cry.

The local Compassion project provided this family with dry rations and Sadhursha’s teacher, Niroshini, gave a few items of clothing. “My heart breaks for her,”Niroshini confided. “When she comes to class she is always smiling. No matter what situation she is living in, she smiles.”“I am happy that the project is helping her,” Esikimuthu also smiled. “She loves going to it. I take her every week. She hasn’t missed a class except for the time the house burnt. She sings songs which she learns at the project. She loves her teachers. She calls them ‘Amma’ (meaning, mother)”.

“I am living for her,” continued Esikimuthu. “I cannot do this alone, but I am trying. For her, I will try until I die. I am her mother and her father. And she is my everything. When we lay down to sleep at night I make it as comfortable as I can for her. But how comfortable is sand? I am old; I have lived my life. But she, she deserves more. I cannot do this alone.”

We were all full of hope for little Sadhursha, and praying for her and her devoted grandfather. But poverty has no compassion, and spares no mercy on the little and the least. In the year since we last heard from them, Sadhursha’s life had taken a saddening twist.

The old, dried, leaf-covered hut is gone. A newly built house stands at the centre of the land, with windows closed and the main door locked.

In the time since we last met the family, they received a Compassion Respond donation, enabling our partner church to build them a new home, with two rooms, a kitchen and a small living room, like Esikimuthu had always dreamt of.

The donation also paid for an operation that returned sight to one of Esikimuthu eyes. “Now I can see Sadhursha. It makes me so happy,” he said, rejoicing. 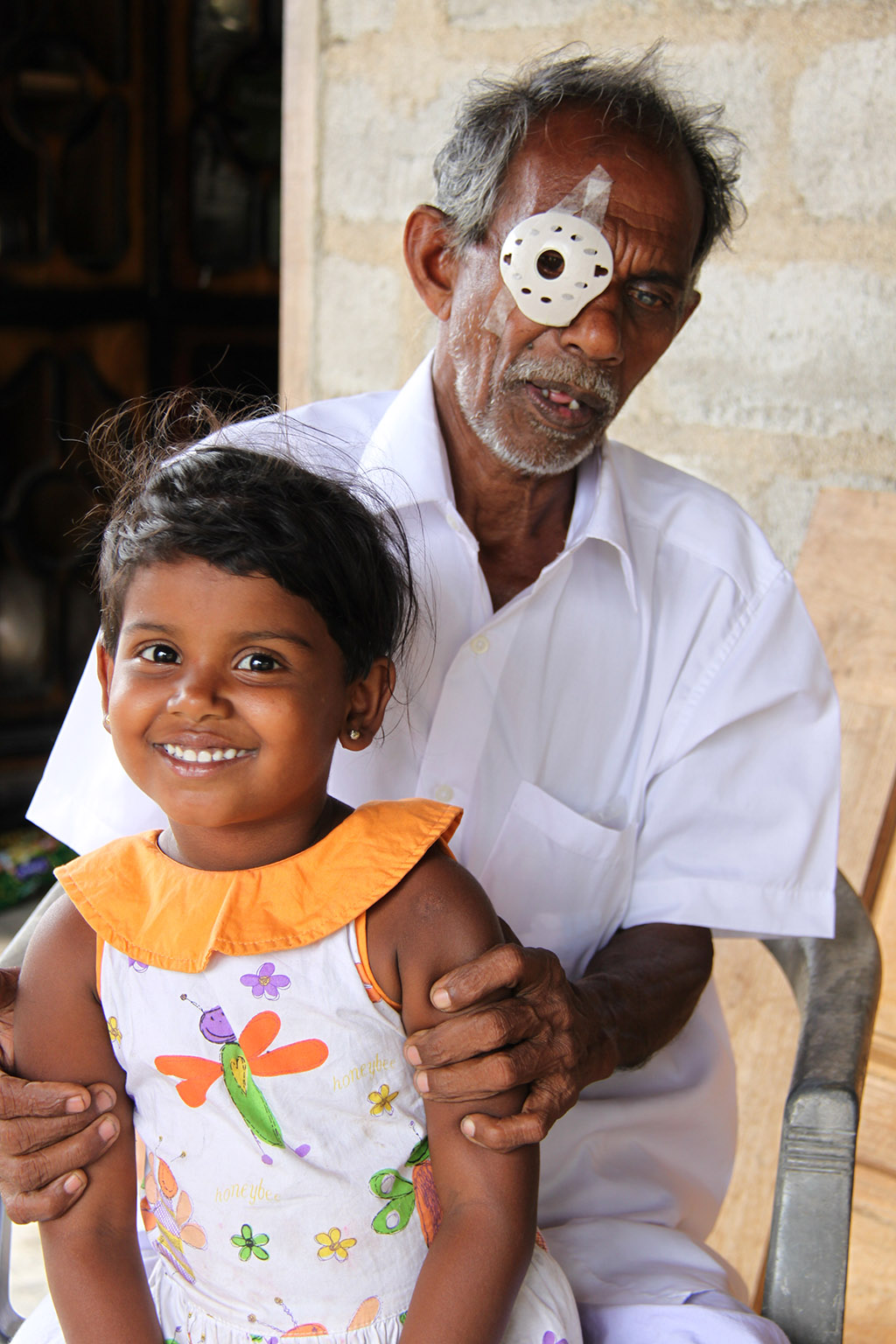 Esikimuthu after his sight-saving operation.

Two days after they moved in, Esikimuthu closed his eyes for the last time.

As the casket lay in a relative’s home Sadhursha, now 4 years old, was running around outside playing and spending brief moments of silence in the arms of her project manager, Dila. “She didn’t seem to understand what was going on, or maybe she did in her own little way,” Dila commented at the time.

The day of the funeral also brought an unexpected visitor; Sadhursha’s mother.

Thivakari, is 29 years old. She had been living on the eastern coast with her husband for more than three years. She also has a son who is just ten months old.

Now living in a new house, with a new family, Sadhursha still has not spoken about her grandfather since he passed away. In her quiet times, she may be recalling all those wonderful times she had with him. He was like a father to her. She was cared for, loved and protected by Esikimuthu in every way he was able to. His loss will always be felt by her, a memory that will never fade for as long as she will let it live.

With her grandfather, Sadhursha was cared for in a rich environment of love and devotion, despite their poor circumstances. The staff from the project are keeping a close eye on her, to ensure she continues to grow just as she had under Esikimuthu’s care. Their prayer is that her parents will learn to support her and encourage a brighter future for her. 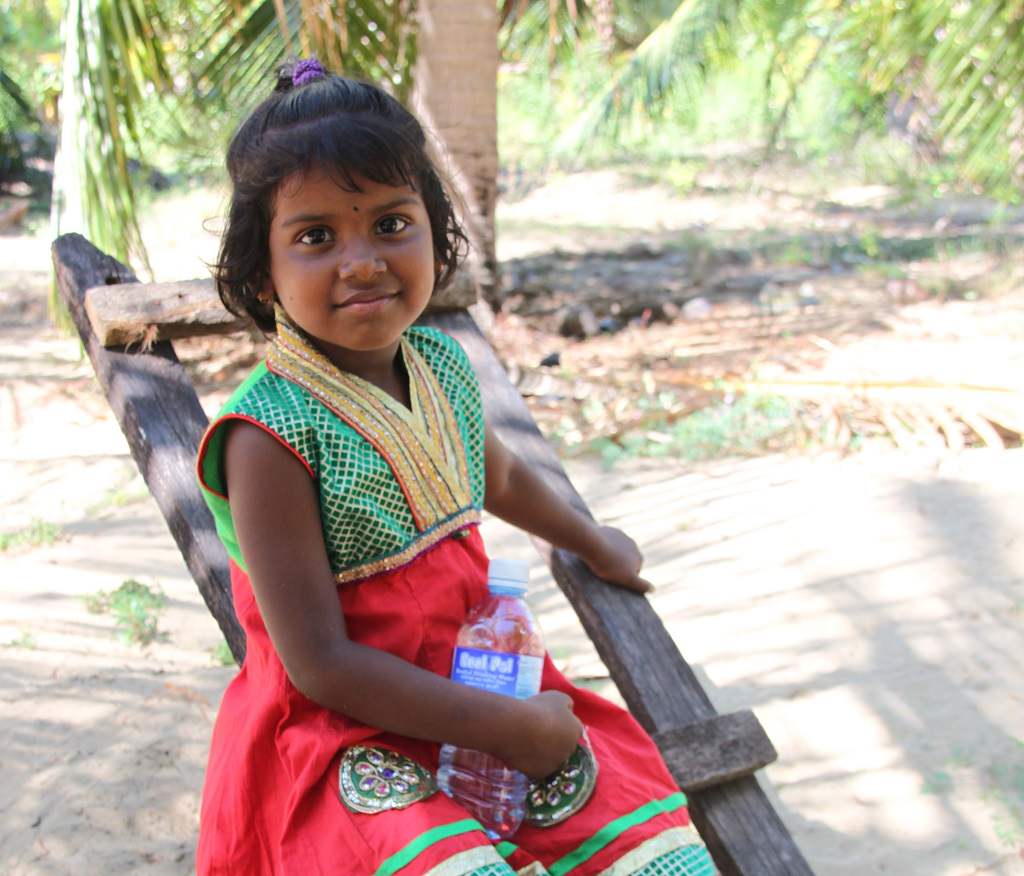 Life without her grandfather is hard for Sadhursha.

“She is a little quiet at times,” shared Dila. “She sits on her own, thinking. Then sometimes she plays with the children. “I think she is a little left out at home. The new setup will take time to sink in. We are very concerned about her. We pray for her every day.”

The old shack is gone. The bicycle that Esikimuthu rode is gone. No pictures of him adorned the walls of the very house he envisioned for his angel. Nothing belonging to him is to be seen on that plot of land. Only the memory remains – a memory that is embedded in the heart of his granddaughter. A little girl who used to smile so easily despite her circumstances, but doesn’t now poverty has taken her beloved grandfather.

Sadhursha is slowly adjusting to a new life. A life without Esikimuthu, and with two strange adults looking after her. A life in a home made of brick, not dried leaves. A life where she is a big sister. There are so many changes for a small child.

But there is an important factor that remains in Sadhursha’s life; the support of her friends, teachers and church staff at the Compassion project. A church that is looking after the welfare of her family, that will remain by her side and continue to encourage and teach her.

Since this story was written, Sadhursha has received a new friend, her sponsor.