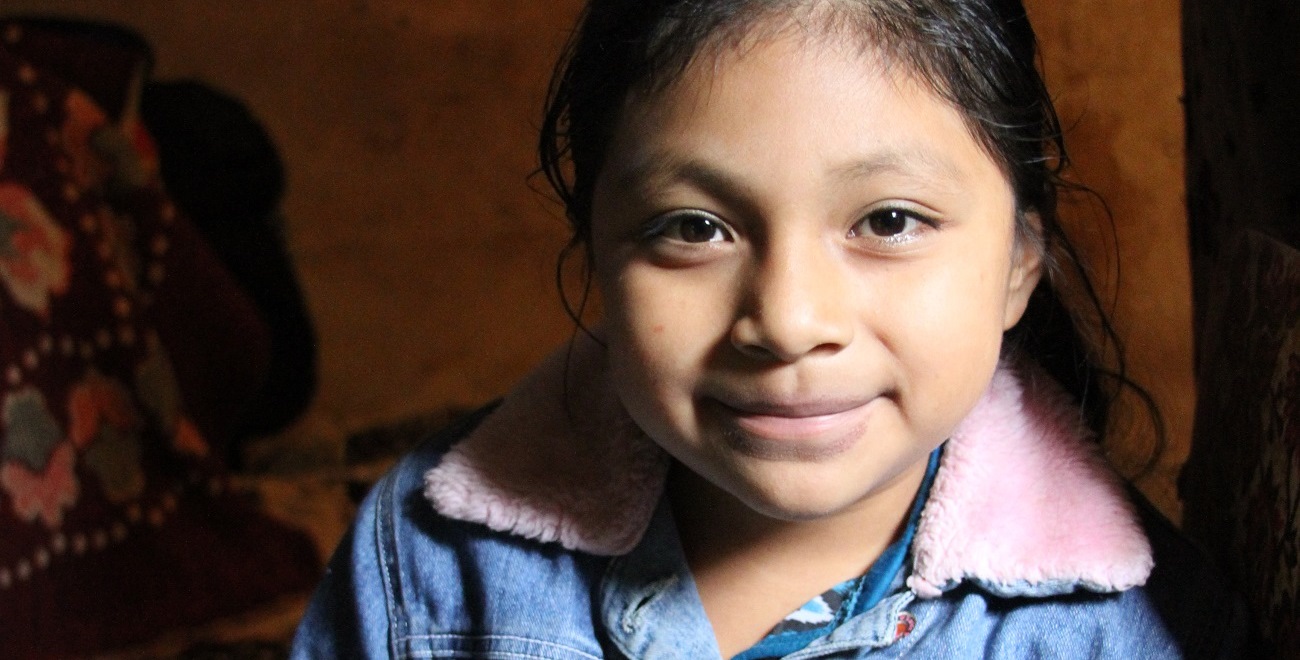 “I have talked to my friends about Jesus”

“I have talked to my friends about Jesus”

Spending your evenings with your mother and the town’s drunk may seem like an unpleasant experience for an 8-year-old girl, but for Abby, it was God giving her the opportunity to save a man for eternity.

Abigail Lobos, or Abby as her mother calls her, was only four years old when she lost her father to appendicitis. Growing up without him was a struggle for the whole family. Money became scarce and Abby’s mother, Maria, was left to support her four children and three grandchildren.

“My husband was an informal salesman. After he passed away, his brother took all the merchandise he used to sell, and we were left with nothing,” Maria explains.

The Lobos family lives in Tactic, a town located in a valley surrounded by mountains. Although the area has beautiful landscapes, almost 40 per cent of the population suffers from poverty and 10 per cent suffers from extreme poverty. Abby and her seven family members are forced to live in a two-bedroom house made of wood with a tin sheet roof. In spite of their circumstances, Maria taught her family to always trust God.

“My children are growing up fatherless, but they have a Father in Heaven. I tell my children to always pray, because God is the only one who can guide us,” Maria says. And so they did.

A year after losing the main provider of the house, Abby’s brother, Bayron, was enrolled at Compassion’s Josue [Joshua] Child Development Centre. A year after that, Abby was also enrolled in the programme.

Having two of her children in the programme brought some relief to Abby’s mother, as both children are now receiving nutritious meals, medical check-ups, school supplies and Bible lessons.

The Bible lessons at the centre ignited a love for Scripture in Abby. She had heard about Jesus at home, but she got to know Him at the child development centre through a special activity called Children’s Church. Wendy, the centre’s assistant, explained some of the activities they do to engage children in becoming fulfilled Christians. “In Children’s Church, kids pray, have devotionals, festivals, worship time, games and watch Christian movies.

They invite children from all over the town to participate in these evangelistic activities that have helped bring more children to the feet of the Lord.

Abby did not know she would put what she learnt about Jesus into practice with a man who was famous in town for having a drinking problem. Holding a cane, 75-year-old Timoteo would limp his way to Maria’s tortilleria [tortilla shop] and beg for something to eat.

“We gave him food and tortillas. We helped him because even though we did not have much for ourselves, God tells us to share with our neighbours,” Maria states. “He would come by and ask us to let him rest in the tortilleria. When night came, he would sleep in the town cemetery, one block away from the tortilla shop, inside unused mausoleums.”

Abby says, “I was sad when my mother told me how Mr. Timoteo’s wife passed away on the streets from drinking too much.”

Maria and Abby started treating Mr. Timoteo like family, giving him food and occasionally some medicine when he got ill. With time, Mr. Timoteo started to open up to Abby and her mother. He confessed that he had sleeping problems.

“He used to dream that when he passed away he would stay in a dark place. Not getting into heaven was his biggest fear, and he kept saying that he did not want to die on the street like his wife did,” Maria explains. Trying to make the man feel better in his heart, Abby always encouraged him.“I would go up to him and tell him that Jesus is His Saviour and if he accepted God [into his heart], he would feel better,” Abby saya. Every time Mr. Timoteo would come by the tortilleria, Abby would talk to him about Jesus. “I told him about His sacrifice on the cross for our sins.”

When the weather became colder, Mr. Timoteo got ill from sleeping in the cemetery. A man named Julio heard about Mr. Timoteo’s story and offered him a small room inside his auto repair shop. Mr. Timoteo gladly accepted but did not fail to visit Abby and her mother at the tortilla shop. They kept telling him all the good things Jesus did and how He could save him from sin. On a cold October evening, he surprised everyone when he decided to give his life to Jesus.

Maria and Abby were ecstatic.

“I grabbed the man’s hand and helped him walk to church,” Abby recounts. Her mother could not go with them, as she was watching the tortilla shop.

“On our way to the church I asked him if he was actually going to give his life to Jesus, and Mr. Timoteo answered ‘yes’, so I stepped up my pace,” Abby says with a smile on her face.

The church is located at the top of a small hill, so Abby held on to Mr. Timoteo’s hand tighter and helped him walk up the hill.

Compassion Project Director Ruben Bol remembers, “It was a Thursday afternoon and only the staff members of the child development centre were at the church. We were doing administrative work when we saw Abby walk up holding an old man’s hand.”

“This man wants to receive Jesus into his heart,” little Abby told them, while firmly holding on to Mr. Timoteo’s hand as if to assure him everything would be fine.

Everyone was both silent and shocked. “We had never seen a girl bring an adult to church before,” Ruben confesses.

As he was used to rejection from people in the town, Mr. Timoteo was overjoyed when he heard the project director’s next words: “Let us pray for this man,” Ruben Bol said. They wanted Mr. Timoteo to understand and be aware of the decision he was about to make.

“The man only spoke in Poqomchi’ [Mayan language from Guatemala], so we got a translator and prayed for him,” Ruben explains.

And just like that, Abby took Mr. Timoteo’s hand again and helped him back to the auto repair shop so he could rest. The next time Mr. Timoteo showed up at the tortilla shop, Maria asked him, “How do you feel?”

“I am happy,” a new Mr. Timoteo said. “I felt like someone changed all my clothes when I received Jesus Christ into my heart.” With gratitude he added, “Thank you. Thank you for sending your daughter with me. The people from church were good to me. They did not ask, ‘Where does this man come from?’ They just took me in.”

Mr. Timoteo started going to Church Josue and stopped drinking alcohol. His nightmares also disappeared, and at last he felt at peace. He still lived at the auto repair shop with Mr. Julio and never skipped a service at church.

One Monday morning, two months after turning his life around, Mr. Timoteo started feeling ill. Mr. Caaz tried to contact Mr. Timoteo’s only son, but he never answered. Mr. Timoteo was no longer afraid of the dark places he used to imagine; he knew that Heaven awaited him.

The next day, Mr. Timoteo passed away in the auto repair shop—not on the streets like he feared. Abby, her mother and people from the church were saddened by the news but knew in their hearts that Mr. Timoteo had finally gotten into Heaven.

Ruben Bol believes children like Abby are the fruit of a seed planted by the child development centre. “We teach children about God and the Great Commission’s message to preach the gospel to others,” he said.

While humming her favourite worship song, Abby says, “I have talked to my friends about Jesus. They take a Bible to school and at break time we read it together. I tell them about Jonah, the walls of Jericho falling down and about Jesus’ life. I also like to sing worship songs with them.”

Abby holds on to Timothy 4:12: “Don’t let anyone look down on you because you are young…” Through the small actions of this little girl, a man’s eternal life was forever changed.