We're excited to announce that we're entering the world of virtual reality! Across the summer, we're releasing a series of films shot in 360 degree vision, allowing you to view what you want to see in each scene.

If you’re fortunate to be at New Wine or Soul Survivor (or Hillsong Conference at the O2) then you can see them for yourself at the Compassion stands, where our lovely volunteers can give you a headset to take a look at our films from Kenya. We’re hoping to bring them to other events in the summer, so watch this space.

However, if you can’t come and see them, there are still ways you can be inspired by our 360 films.

On a desktop computer, iPhone/iPad or Android devices (without any extra equipment)

The YouTube videos below are shot in 360 degrees. You can adjust your view of the films by swiping your finger across the video (touch-screen devices) or using your mouse to click and drag.

If these aren't working on your iPhone or Android phone, then try updating the YouTube app to the latest version. Some phones will also change the view on the screen as you move the phone about!

Most iPhones and Android phones will work with Google Cardboard, which are extremely cheap viewers to turn your phone into an immersive cinema. You can buy the viewers extremely cheaply online, although they do require a bit of construction when they arrive.
Once you have your viewer set up, simply view one of our videos on the YouTube App on your phone and press this button: 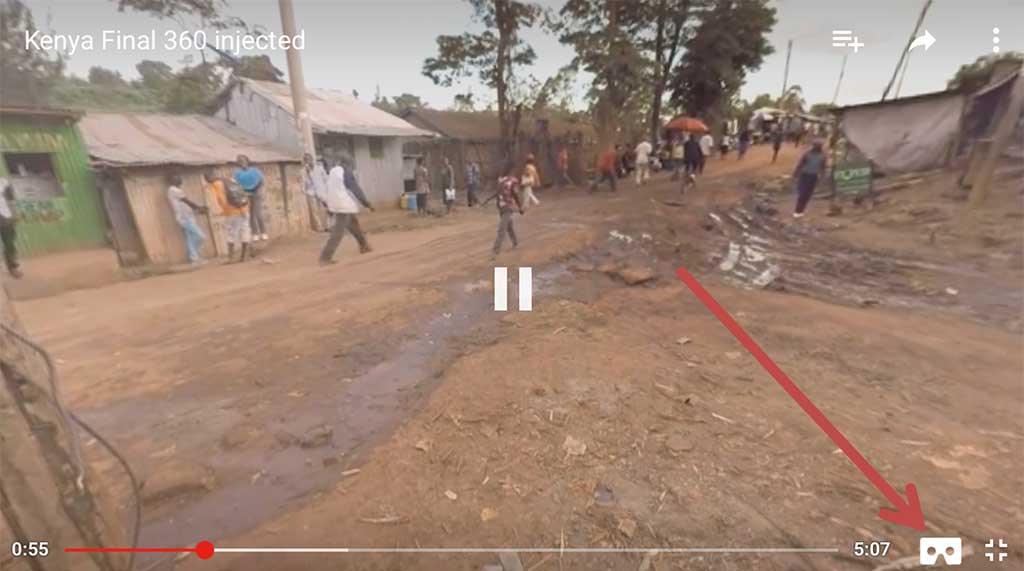 This will convert the films to a format ready to work with a Google Cardboard viewer. Then place your phone securely inside the viewer (and connect some headphones) and you’re ready to view them.

Similar instructions will work with more expensive VR headsets (ones not made out of cardboard!). If you have a more professional VR set-up, such as the Samsung Gear VR headset which works with the Oculus App, then do contact us and we can give you alternative ways you can view them.

Keep checking out this page during the summer — we’ll publish more of our VR films as we release them. We’ll also release them on Facebook, so if you’re not a fan of ours then please like us and keep an eye out for our films.

How you helped Ian celebrate Christmas for the first time

Pray for the Kenyan elections

Voting is under way amidst tight security in a re-run of the presidential election.