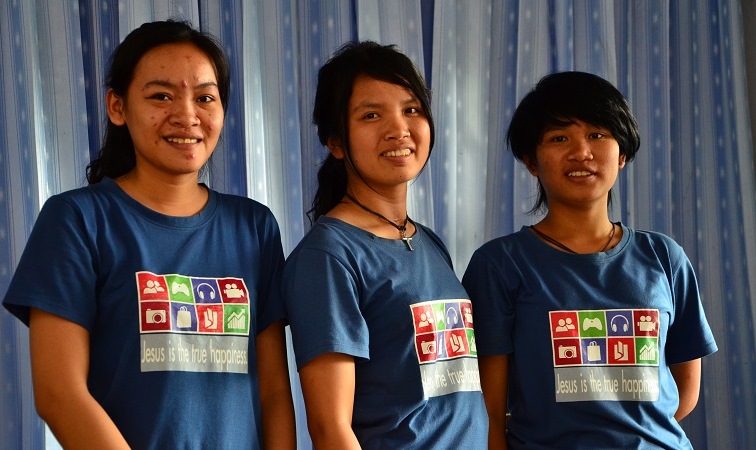 “Yes, speak up for the poor and helpless, and see that they get justice.”

Wilaiporn grew up under the care of her elderly grandmother. As the poorest family in the village, they struggled to put food on the table. Despite being a strong atheist, Wilaiporn’s grandmother took her to the local church-based Compassion project to be registered. Since that point, Wilaiporn’s life has taken a dramatic turn.

Wilaiporn gave her life to the Lord when she was in grade 5. Even though she receives constant resistance from her grandmother, she refuses to give up her faith.

Wilaiporn’s faith was tested when she was badly injured in a car accident. The doctors told the Compassion project staff there was slim chance of her waking up due to a severe brain injury. But with much prayer from her friends in the youth group, Wilaiporn recovered. “During the time in the hospital, I asked God why He allowed bad things to happen to me? But I understand now. He wanted me to bear witness for Him – that my testimony would bring changes into people’s lives,” she says.

Nowadays, Wilaiporn is a devoted Christian and she is preparing herself to pursue a law degree.

“My dream is to become a lawyer because I want to change the current system in the country, even though I know it is dangerous and full of corruption. I will work with honesty, help everyone and bring God’s love and justice to the society,” says Wilaiporn. “My ultimate goal is to see a group of lawyers working for the Lord, reaching out to people and proclaiming the Gospel through our work.”

Father God, we thank you for Wilaiporn, for her faith and passion to seek justice in Thailand. We pray that you will equip her so she can pursue her dream of becoming a lawyer and that she will stay strong in her faith as she fights against corruption. Amen.

Find out how sponsorship is changing lives.

25 gorgeous pictures of churches in the developing world

We love our church partners who are on the frontline in the fight against poverty.