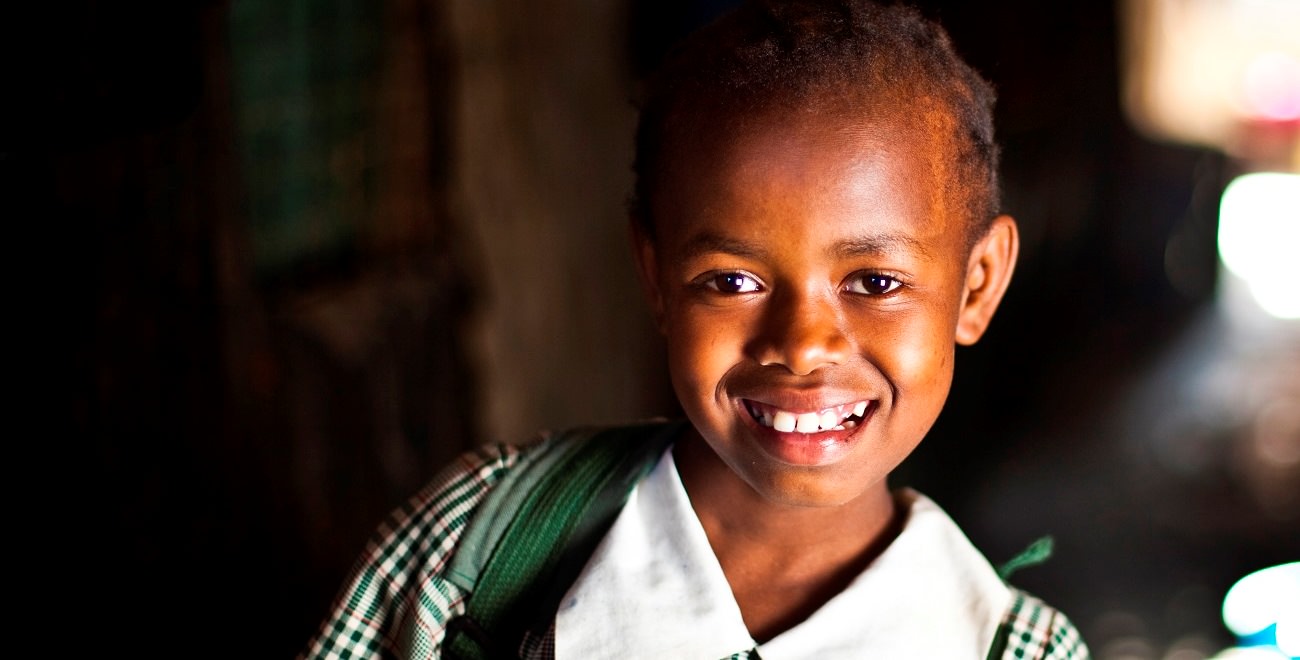 Compassion’s Head of Advocacy explains why our focus on children is making a global impact.

Compassion’s Head of Advocacy explains why our focus on children is making a global impact.

It was Universal Children's Day this week - a day to remember and celebrate children all around the world. It’s no secret that at Compassion we love children: one of the things that makes us unique is our total focus on child development. We took some time out to talk to Scott Todd, Head of Compassion Global Advocacy, to ask him why children are so important and how that shapes everything we do.

Human capital is often talked about as education and health. But it’s a lot more than that. It’s about how people see themselves, it’s about how they view their future, how people build social trust. When you go down to the roots, most of those attitudes depend on what happened to them when they were children.

I mean it’s kind of an obvious thing, but few people take the obvious thing and work with it. If you want to know what is the root of war and violence? It’s anger. Anger is the root character of that. Where did the anger come from? Probably from being teased as a kid at school.

It’s the same with corruption – the root of corruption is greed. What was not addressed when that little boy or that little girl started out in life that has wound up with it being expressed now at a national scale in a position of leadership?

You need to understand that development is about people. And people development is best done in childhood. The important message is that children are the solution, not the problem. When protected and given the chance, they will grow up to make the laws and set the budgets, to become judges and lead reformation and revival in the Church.

And that message drives everything we do. It leads to the question –what kind of child development is most effective? The answer to that is that it doesn’t happen at an event. It doesn’t happen in a single moment. It happens day after day, week after week with opportunities, with protection and with key ingredients that help these children thrive. So we’ve studied a lot of child development literature and work to understand and create programmes.

There are some key factors for helping children develop. Health matters. It matters that if you’re sick you see a doctor and that you prevent sickness where you can. If you have a treated malaria net, you are more likely to not get malaria, to be able to go to school, to be able to play with your friends. So you’re building social connection skills. So health obviously matters

But it’s not the whole deal.

Education. A lot of people emphasise that but it’s not the whole deal. It goes back to that sense of identity and capability. Some people call it self-confidence; other’s refer to it as agency. Am I growing up as a victim of circumstance or do I believe that I’m capable of creating change around me? Who tells me that? What tells me that? Where do I get the idea that I matter?

Well the answer to that is. “You matter because God created you. And God invested something of himself in you. You’re made in his image.”

That’s a mind blowing thought. You’re made in the image of God. Not only does he create, you, he knows you, he’s listening to your prayers he has a plan for your life. He doesn’t desire that you would suffer.

All of those messages, based on scripture, in the context of a community of faith that is reinforcing those messages, bring children to that place in their own lives where they see themselves differently. And that, to sum it up in one word, is HOPE.

And that word is so easily overlooked, but we are really beginning to understand that one of the key ingredients to making a big impact in children’s lives is that hope. That hope builds a vision of a better future and a way to get there.

So that’s our programme: long term, comprehensive, relational intervention in the lives of kids for as much time as possible. It’s going to have impact.

>Make a difference, sponsor a child