The sponsored child who tried Alpha

“Alpha helped me to understand who God is.”

The sponsored child who tried Alpha

“Alpha helped me to understand who God is.”

Travelling on the road from Malindi to Barani, I could see women sat at the roadside, chipping away at rocks in the heat of the sun. These women work each day, every day to fill buckets full of fine gravel.

It's the same for most adult labourers in the town. Unemployment is a serious challenge in Barani and is contributing to high levels of malnutrition, malaria, HIV and AIDS.

The Compassion project, St Andrews Barani Child Development Centre, is located in the centre of the village, right at the heart of a community where deep-seated and desperate poverty is prevalent.

As we drove up to the project, masses of young children in their school uniforms ran up alongside our vehicle. We were taken into a small office space where we were greeted by the principle, the chaplain and project director, and a number of others including Charles, who was quietly sat in the corner.

At the age of fourteen, Charles has an extraordinary story to tell of how being sponsored has changed his life. But, as I spent more of the day with him, it was his depth of character that struck me and captured my attention. 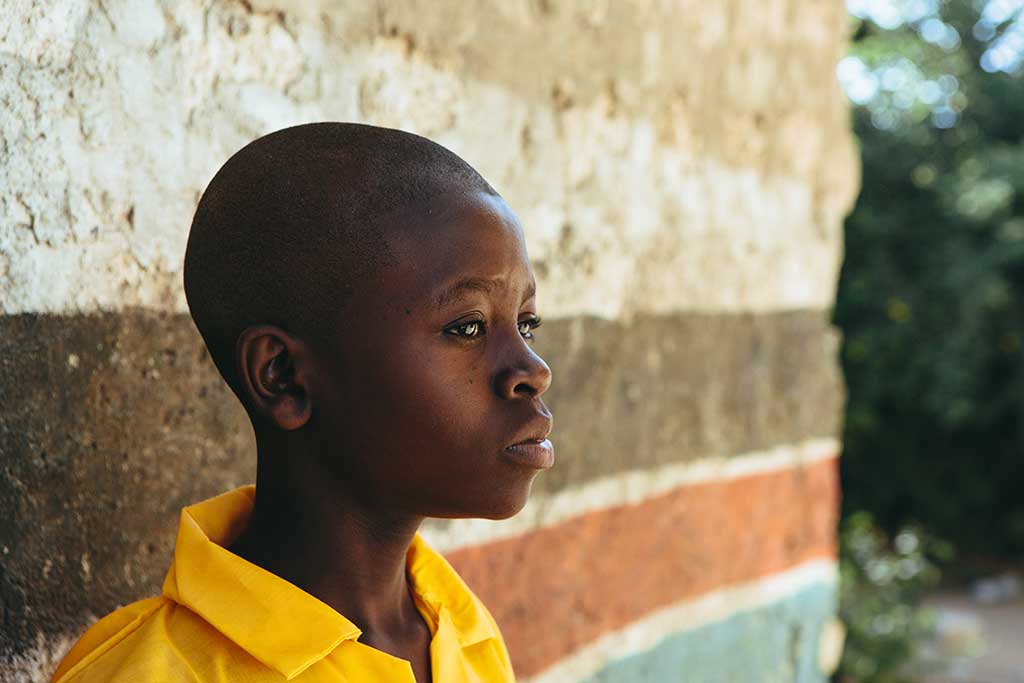 Charles lives in a small home with his mum, aunt and five siblings, a short, by Kenyan standards, 20 minute walk away from the project. With his father no longer around, caring for Charles and his siblings had become increasingly challenging for Charles’ mum.

When Compassion project workers saw the need of this family, Charles was accepted into the Compassion programme. Through sponsorship Charles has had the opportunity to receive health checks, Bible teaching, counselling and tuition for school. And through special one-time gifts from Charles’ sponsor, his family has also been able to rebuild their home.

With this opportunity, Charles has excelled in his programme. Now head boy of his school, Charles’ impact has spread beyond his own peers and community. This young man has been invited to speak and present at different events and engagements throughout the country.

But it was in the little, day-to-day things that I feel I really got to see the ongoing impact sponsorship is having on Charles’ life. 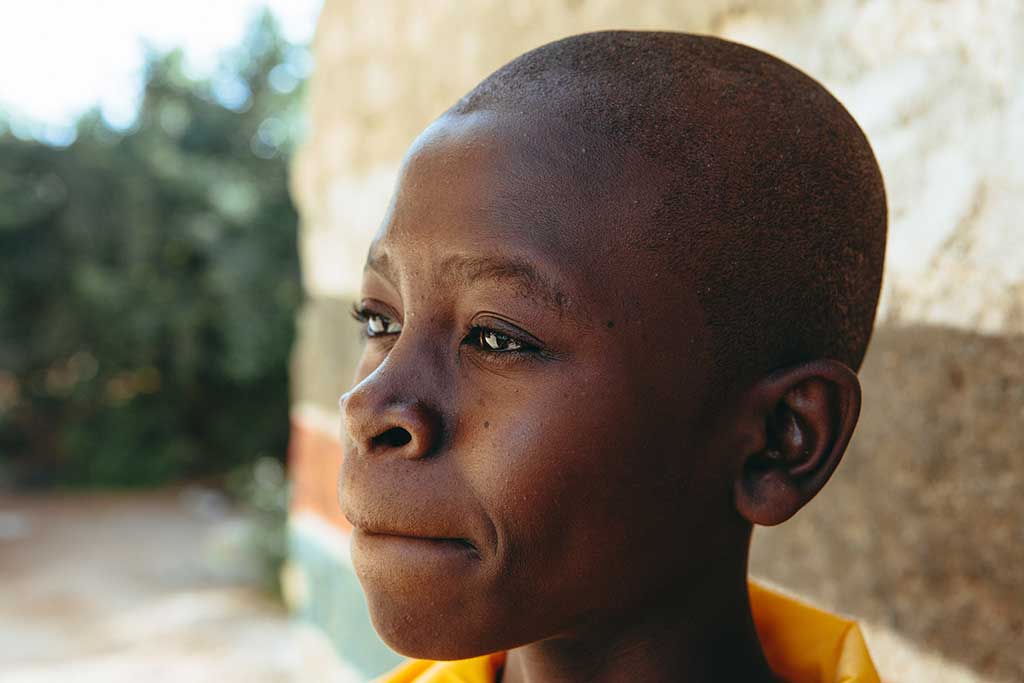 After meeting Charles at his school, we went back to his house to meet his mum and the rest of his family. As he showed me around his family home I discovered a bit more of the character and faith that lay beneath the accomplishments. He showed me the bedroom that he shares with his younger brother – it was a small, dim room with one tiny window and no electricity.

There was one bed that took up most of the space and a small mat on the floor that was clearly being used as a makeshift bed. I asked Charles about it and he explained that it gets quite hot at night with the two of them in the same bed so Charles often sleeps on the mat on the floor so that his little brother can get a good night’s sleep.

I asked Charles and his brother to sit side-by-side on the bed so that I could capture them interacting with one another for a film I was making with Compassion. I wanted it to look natural so I encouraged them to think about what they would normally do if it was just the two of them.

Charles responded by saying, "Well, my brother doesn’t have the same opportunities that I do to learn so I often teach him the things that I’m learning about in school. We also pray together and read the Bible. So maybe we could just do that?" He then got out his Bible and prayed with his little brother.

Over the last couple of years, Alpha and Compassion have created a partnership that allows youth to do Alpha as part of their Compassion programme. So far, more than 25,000 sponsored children have had the opportunity to try Alpha.

Charles was one of the first.

He says, "Before I was sponsored by Compassion I was a timid boy. I understood very little of the potential I had hidden deep inside. But, I thank God I was among the first people in our project to try Alpha.

Alpha asks some of the most important questions in a young person’s life. From the first topic, it helped me to understand who God is. Through Alpha, I have gained confidence. I have become a leader and have the confidence to teach."

To finish off the day we returned back to the school where some of the other boys were playing football in the school field. Charles’ natural disposition was quiet and reserved, but there was also a clear confidence about him. 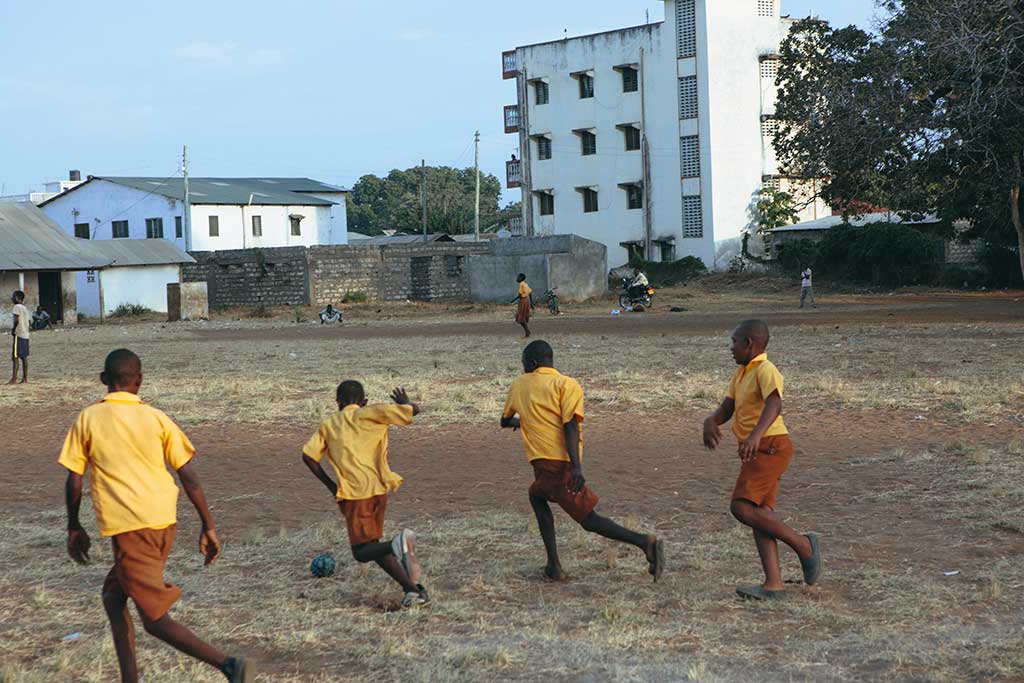 I feel that Compassion’s slogan is an appropriate summary of this story – Releasing children from poverty in Jesus’ name – because I believe that Charles’ life is marked by both his and his family’s continued journey out of poverty through the help of Compassion.

But it’s also clear that the faith he has found and is sharing with his family has a significant role to play in the success of that journey out of poverty, not to mention the impact he is having on the community around him.

Find out more about changing a child's life

This article was first published in 'The Adventure Issue' of Alpha Life. Kyle Jaster is Alpha's Africa Media Manager.