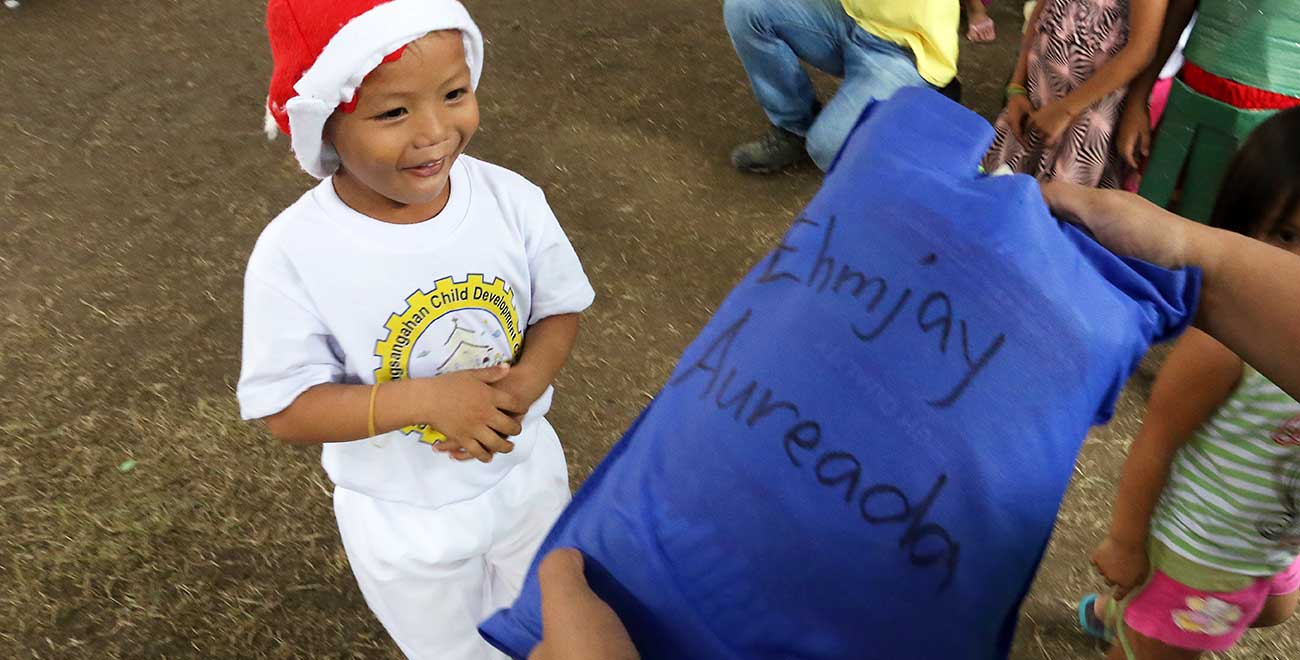 Marian had always dreamt of providing a feast and Christmas gifts for her four-year-old daughter, Jean. But money was just too tight.

“Sometimes we don’t even have food to eat since my husband’s income is little,” she explains. 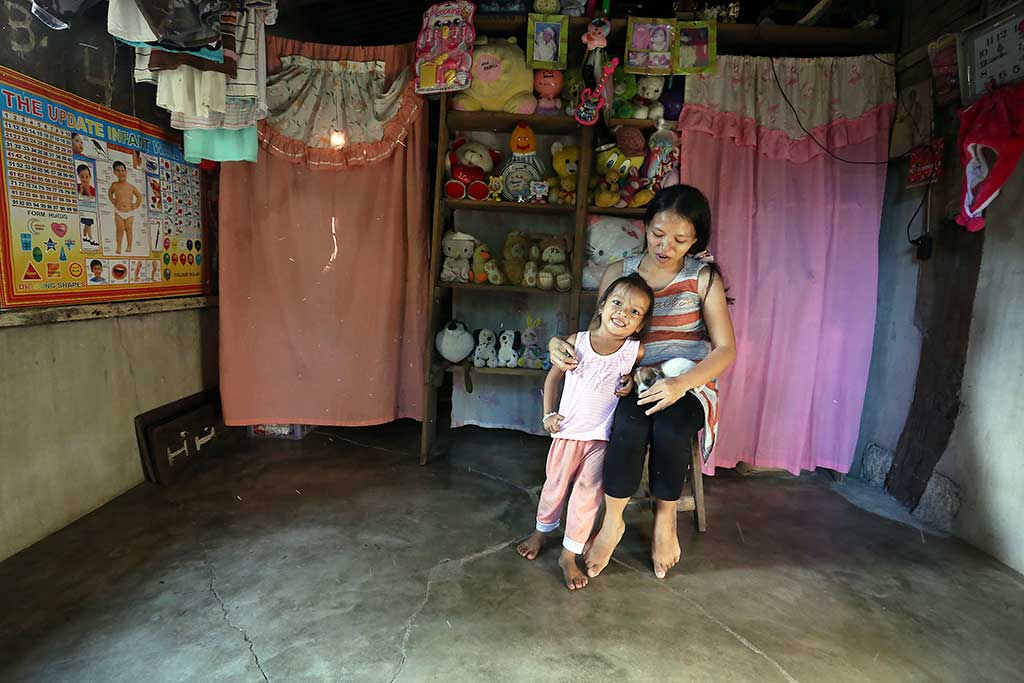 Her sister faced similar heartache. Through tears, 24-year-old Sunshine adds, “I just hoped I could give my son a Christmas gift someday, and the toys that he wanted.”

The sisters were certain that Christmas 2015 would be the same as always for their family, with their usual dinner of dry noodles and sweet sticky rice. But they were in for a surprise!

The rural community of Pagsangahan, Quezon Province, in the Philippines, is so far-flung it has not been reached by internet. There is no network connection either, so people go about their daily routines without mobile phones.

Yet, the remote location didn’t stop Compassion responding to the needs of local children living in poverty. Compassion began partnering with Pagsangahan Baptist Church in April 2015 and nine months later, enabled them to hold a huge Christmas party for local children, giving many the opportunity to celebrate Christmas for the first time.

Communication is so difficult in the area, project director Jestoni only learnt he needed to buy each child a Christmas gift one day before the Christmas party. 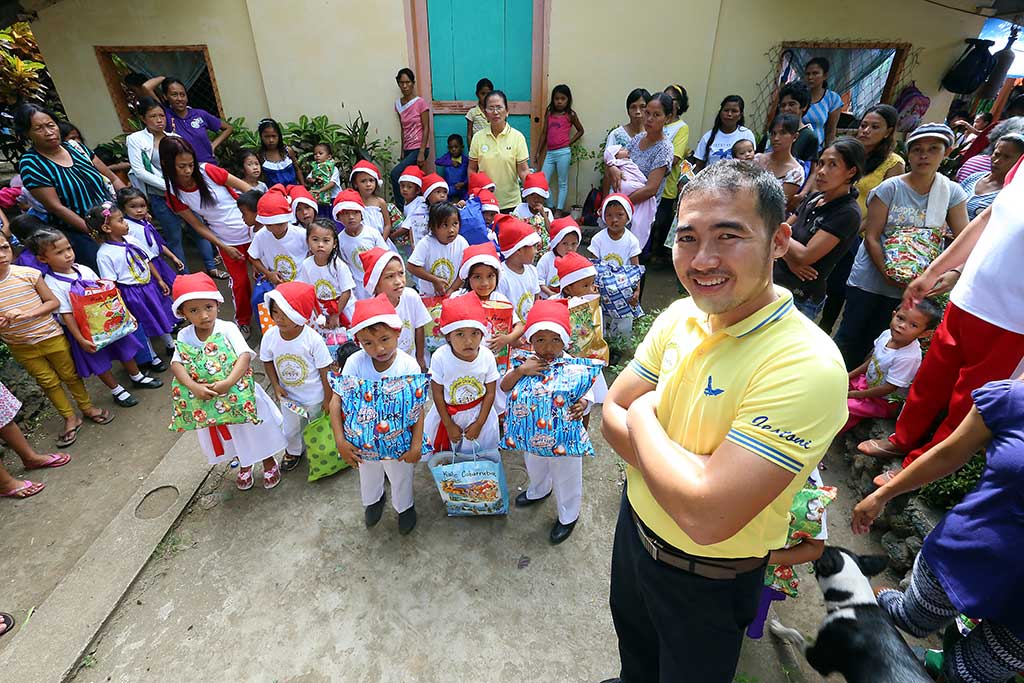 He says, “The remoteness of our town is our biggest challenge. I even need to travel for three hours on my motorbike to check my emails! When I found out about the gifts needed for the Christmas party, we only had one night to purchase, prepare and wrap enough for 100 children!”

But the staff pulled together! They worked through the night to make sure 100 gifts were wrapped and ready for the children. On the day of the party, volunteers arrived as early as 4am to begin cooking, all so children in this remote community could experience a Christmas party for the first time. 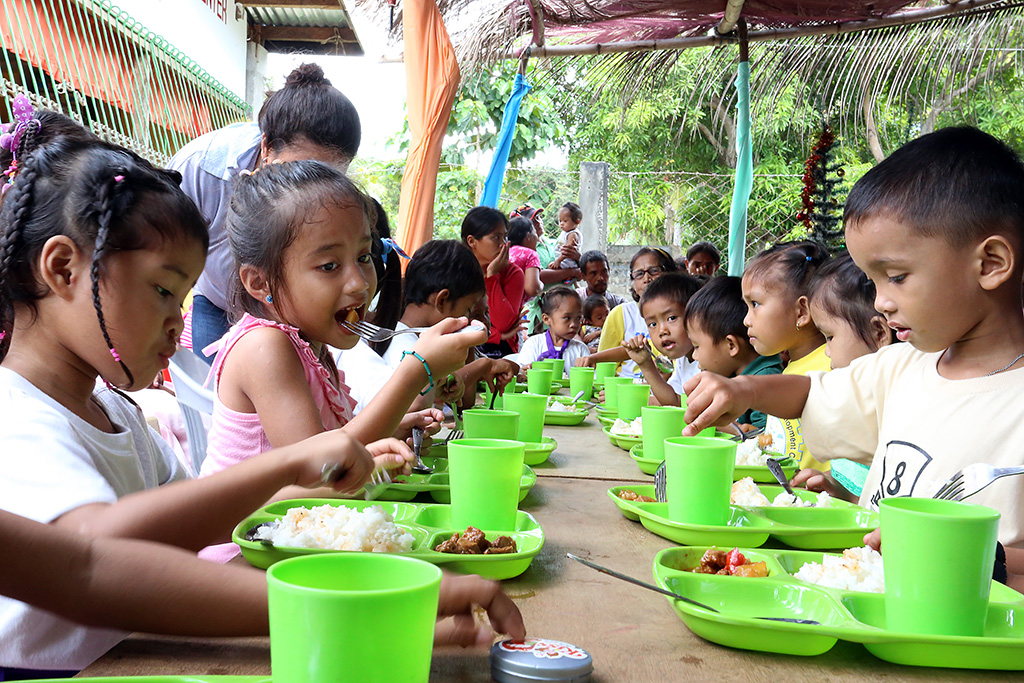 Jestoni says, “With this party, we wanted the children and their families to know the true meaning of Christmas, which is not about Santa Claus, but about Jesus, about love and about giving. That’s why we made sure that the gifts were ready, even if it meant preparing them through the night. We were very excited to see the faces of the children and their parents as they saw what we had prepared for them.”

Donate to our Christmas Appeal and you can help the children from Pagsangahan celebrate Christmas again. This time, Jestoni's planning to do his shopping in very good time!