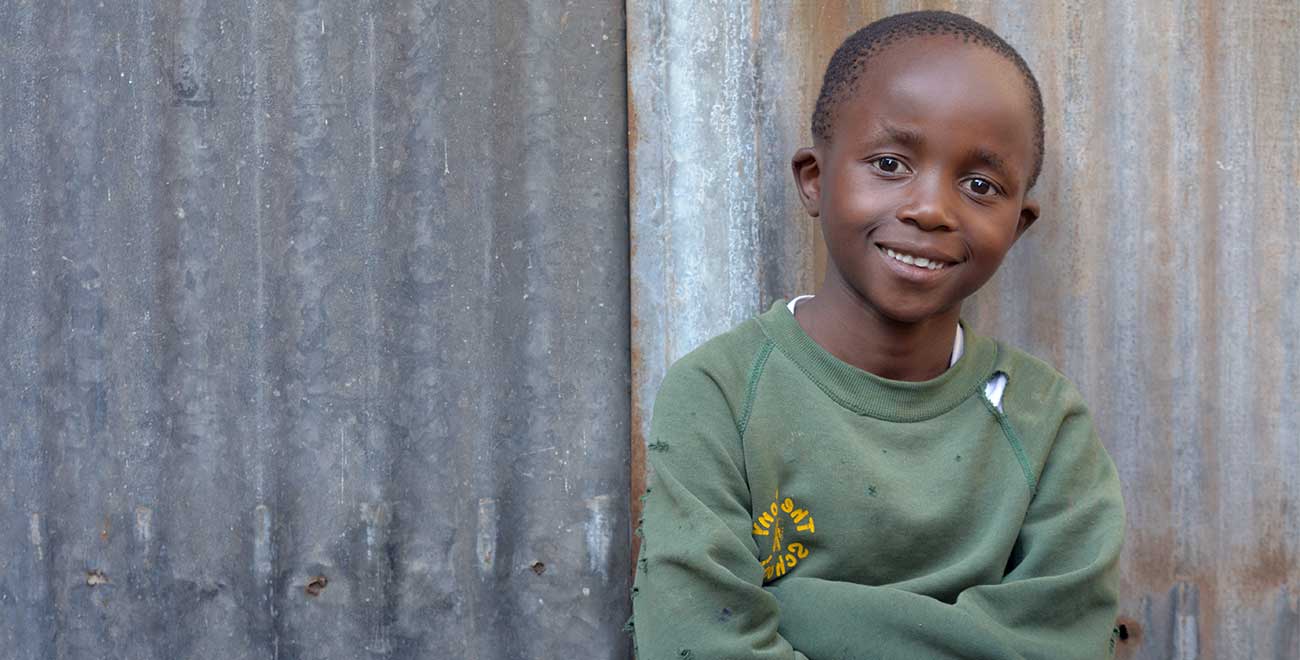 One child given hope in a slum of despair

Chris and Brenda from York have helped a family overcome tragedy.

One child given hope in a slum of despair

Chris and Brenda from York have helped a family overcome tragedy.

When Lydia and her husband moved to Nairobi in 2005, they hoped it would be the start of a better life for their four children. But instead, tragedy met them in Kibera slum.

From afar, Kibera slum almost looks peaceful, uninhabited even. But as soon as you cross a putrid, dribbling, murky stream to enter, everything comes to life. It's a bustling place. 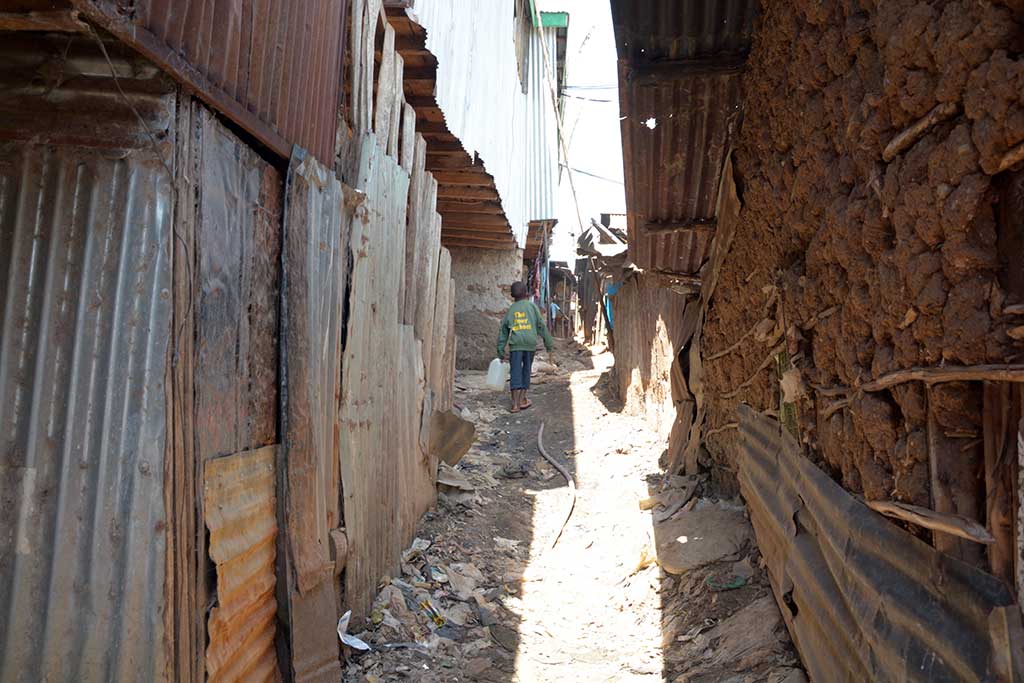 Loud music blares from a speaker at a kiosk selling counterfeit copies of popular films and pirated music. Children giggle as they walk the narrow paths, weaving between food kiosks, dodging pigs and stray dogs — oblivious of the danger.

The shacks are so tightly packed together that they are only accessible by foot. It’s the middle of the rainy season. There is mud everywhere.

The sanitary conditions are appalling. Strewn all over the pathways are vast heaps of rubbish and polythene bags. Raw sewage runs alongside the piped water, making inhabitants vulnerable to waterborne diseases. The air is rancid — a stifling mixture of desperation, human suffering and hopelessness.

Shortly after moving to Kibera, Lydia’s husband secured a job as a watchman. But just months later, he was killed by rebel militia.

“I was distraught!” Lydia explains with pain etched on her face. “We could not even give my husband a decent send off. All the dead were buried in mass graves.”

Lydia’s grief was compounded by the fact that she was a few months pregnant.

As a widowed, unemployed mother, Lydia was desperate. She felt helpless. “Why me?” she continually lamented. She was gripped by fear, worrying about how she would care for her unborn child.

Then, during a routine check in the third trimester of her pregnancy, Lydia’s nurse gave her results from a medical examination which shook her world even further.

Months later when Lydia’s son Luis was born, he brought her great joy. The more Lydia looked at his infectious smile, the more she felt strengthened and encouraged. She rejoiced that, thanks to the anti-retroviral medication she’d taken during pregnancy, Luis’ HIV test came back clear.

And yet, as she became weaker and unable to work, Lydia struggled to provide for her family. One new child had brought renewed joy, but it was one more mouth to feed.

But into a family's desperation, a local church and one Compassion sponsor have brought hope. Luis was registered into Compassion's child sponsorship programme at three years old.

Thanks to his sponsors, Chris and Brenda from York, he was able to start school. What’s more, the support has meant Luis can spend a day every week at the Compassion project run by the local church. Here he receives vital health checks, nutritious food and extra teaching to help him develop. He’s known, loved and protected.

Sponsorship has also been a blessing for Chris and Brenda. "We received a very exciting letter from Luis just recently," they explain. "He told us that he loved Jesus and that he was praying for his sponsors, which really moved us. We could feel his passion coming from his heart. He's growing up to be a wonderful boy."

The project has been a life-line for the whole family. Because they are so vulnerable, Project Director Catherine Muli has been able to arrange additional support. “When we visited the home, we saw a family in distress and in need of any help they could get. Lydia would oftentimes be bedridden and unable to earn an income, there was room for us to intervene,” says Catherine. The project provides Lydia with extra food and clothing for her children. She’s also been able to join an HIV-support group run by the church. 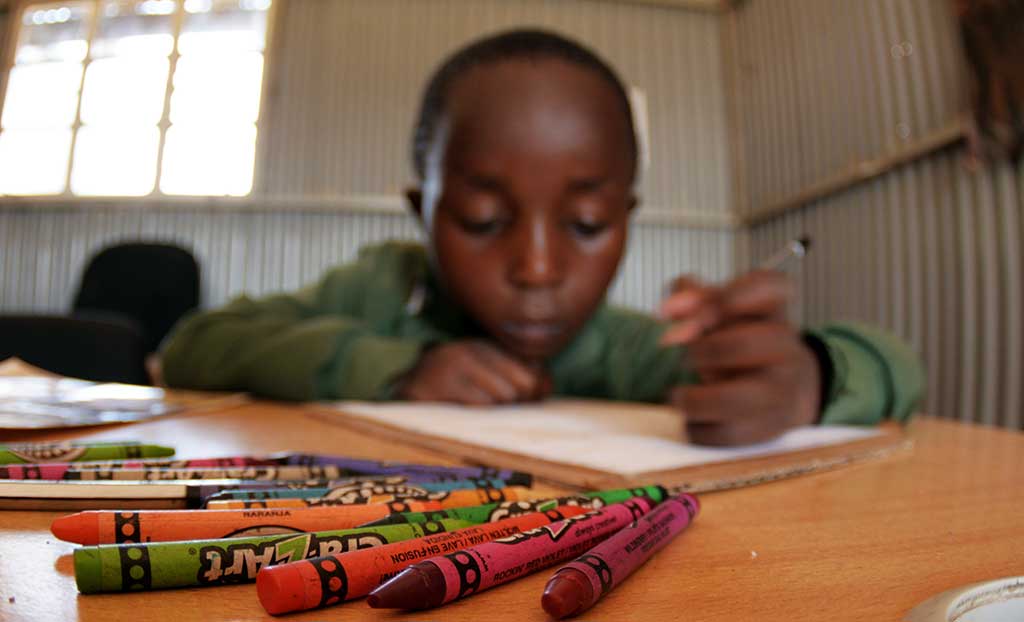 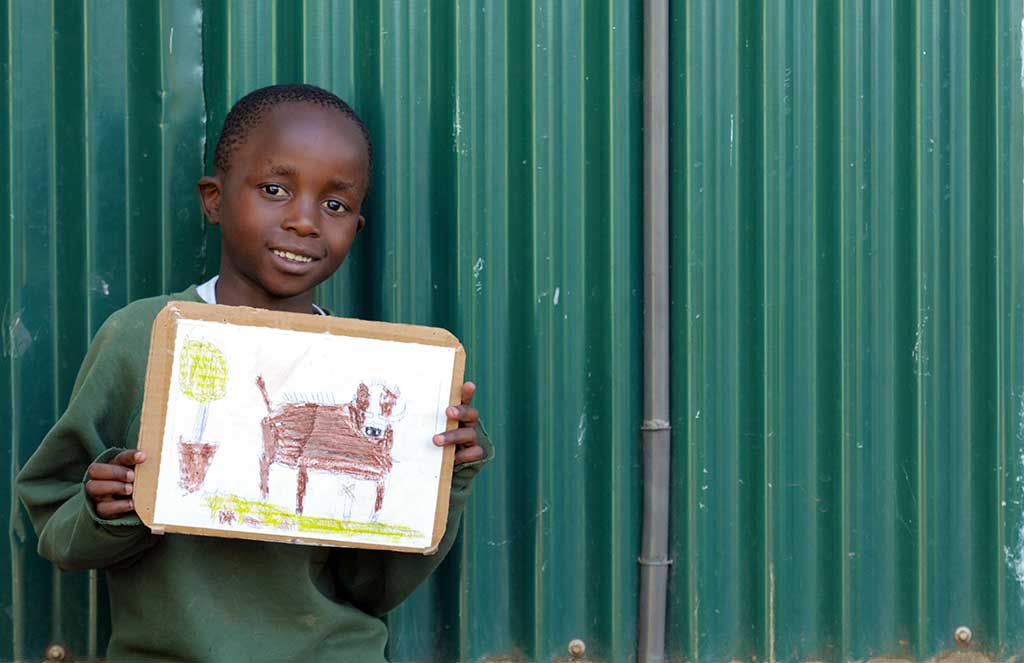 Now Lydia is full of hope for her son’s future. One child has been given the opportunity to dream.

“I want to be a pilot,” says Luis. “I want to fly away from this place and take my family with me.”

You can provide hope to one child like Luis by becoming their sponsor.