God’s family: How one young woman found her forever home

Abandoned and passed from home to home, Getzemani’s life could have turned out very differently, but for the constant love and support shown by her sponsor and Compassion’s church partner.

God’s family: How one young woman found her forever home

Abandoned and passed from home to home, Getzemani’s life could have turned out very differently, but for the constant love and support shown by her sponsor and Compassion’s church partner.

A source of hope in Quetzaltenango, Guatemala

At the heart of this community, where many live in extreme poverty, you’ll find Compassion’s church partner, the Eben Ezer Child Development Project. Many children without parents in this part of Guatemala live with their grandparents or in child-headed households. With few choices and little opportunity, many are left vulnerable to the gangs that are prevalent in this area.

Amid danger and desperation, the Eben Ezer Child Development Project has become a source of hope for many people in the community – a place where children find faith and a future. 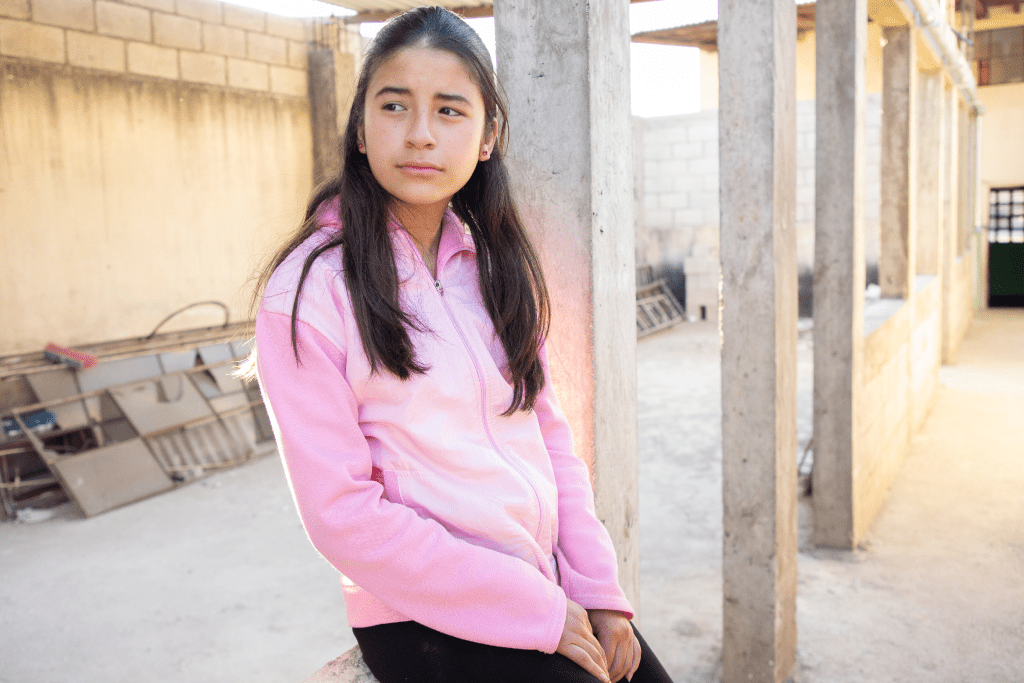 Getzemani is a much-loved and confident young woman now. But her life has not been an easy one.

When she was nine years old, her mother gave her to a foster mother because she couldn’t take care of her.

It wasn’t a long-term solution. The foster mother wasn’t financially able to take care of Getzemani either and returned her to her biological mother after a few months.

A little time passed and her mother, unable to cope, left Getzemani with her aunt. This time she never returned for her daughter.

Struggling herself and unable to meet the child’s needs, Getzemani’s aunt reached out to the local Eben Ezer Church, asking for help.

“Getzemani and her aunt came to the church, asking for support, so we mentioned the project, and she enrolled to be part of it,” said Estudardo, her tutor at the project.

Church-based Compassion projects around the world provide education, food, and regular medical check-ups, as well as other supports to make sure children living in poverty are known, loved and protected.

Getzemani loved her first time at the project.

“I felt shy, but Estuardo was there introducing me to other children. I loved hearing about Jesus, it was the first time I heard about Him, and I was amazed at how good He is,” Getzemani said.

Getzemani was sent to foster care and left the project

Getzemani attended the project without missing a day until her aunt decided that she couldn’t care for her, even with Compassion’s help. She was to be taken to a foster home.

Sadly, she couldn’t attend the project while the government department looked for a new family for her. For weeks, the tutors and the church prayed for Getzemani that she would be allowed to return.

Getzemani left the Compassion project she loved and went to an orphanage.

“I was bored without any friends or any Bible words from the people who took care of me. But I prayed so hard that I would find a family who would allow me to keep going to the project,” Getzemani said.

Before long, an experienced foster family received Getzemani into their home.

“They were so beautiful with me. They took care of me,” Getzemani said. “The first day I went to their home, I asked if I could attend the project. They had never heard about it before, but they agreed that I could go.”

When the foster family visited the project to speak with Lester, the Project Director, he and all the staff members were overjoyed to hear that Getzemani would be back at the programme activities.

“It was a beautiful family, non-Christians, and they were amazed at what the project is doing with children,” Lester said. “They agreed that Getzemani could attend, even though she now lived 40 minutes from the church.” 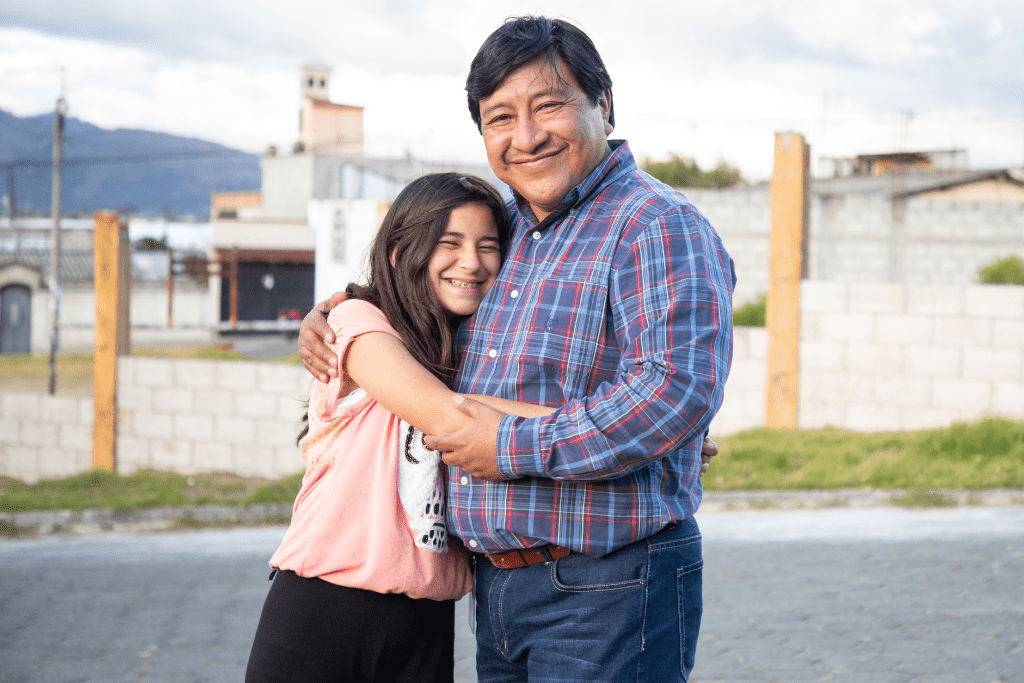 It was an answer to many prayers. Getzemani walked back through the door into the class. Waiting for her were all her friends, tutors, and letters from her sponsor.

For Getzemani, her sponsor was like a second family when she was struggling for a place to call home.

“Without my sponsor’s support, maybe I wouldn’t have had a sweater for the cold weather or new shoes. He was a great support to me,” she said.

But the path she was on held another big turn. After two years, staff from the government department visited her foster family. Getzemani was devastated, thinking they would take her and move her to another family. While they spoke with her foster parents, she prayed that this wouldn’t be the case.

“I was frozen with fear because I wouldn’t like to go back again,” Getzemani said. “They informed me there was a woman interested in adopting me. The first thing I thought was that I love this family. But then I thought maybe she would be my mother forever.”

Getzemani spoke with Estuardo, and he prayed with her, asking that the new mother take care of her forever, giving her love and approval so she could continue her classes at the project. 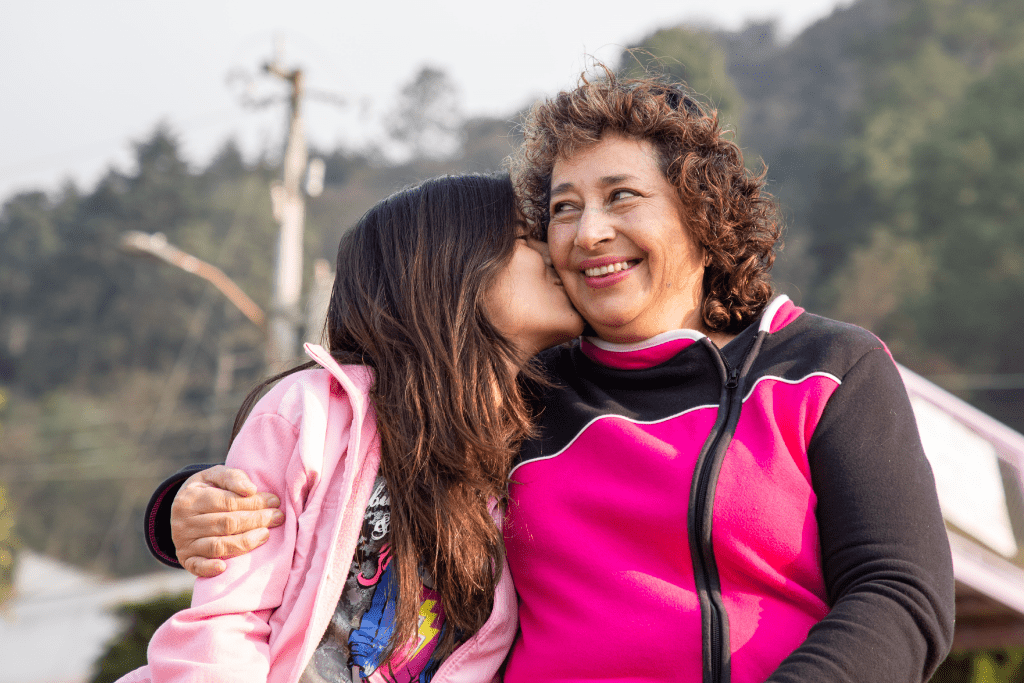 Maria, a retired teacher, marvelled at Getzemani’s passion. She listened to everything she said and wanted to be when she grew up.

“I was happy when I met Getzemani,” Maria said. “I never had kids, but when I saw her, it was like she was mine. The first thing she said to me was, ‘Do you permit me to attend the project?’ I laughed because it sounded adorable, but I didn’t know what the project was.”

“When Getzemani told me about the project, I was amazed at how they support children. They have changed Getzemani’s life.”

“Her sponsor was so encouraging with her. When she told me where the project is, I was excited because it’s located 15 minutes from home. I remember how Getzemani’s eyes shone when she heard that.”

Attending the project once more

Getzemani went home with her new mother. Just three days later, they went to the project to speak with the director and members of the church.

“Maria was happy to meet us and surprised at the things we did at the project,” said Lester.

“She even brought the adoption papers so that we could update Getzemani’s profile. We praised the Lord because we saw the love that Maria has for Getzemani and the blessing that she accepted to enrol her at the project,” Lester said.

“We took care of Getzemani, as well her sponsor. He was very interested in her progress,” he added.

“When she was struggling to find a home, we spoke with lawyers and child protection representatives about how to support her, but the only thing we could do was pray for her, give the gifts of the project and the ones which her sponsor sent her.” 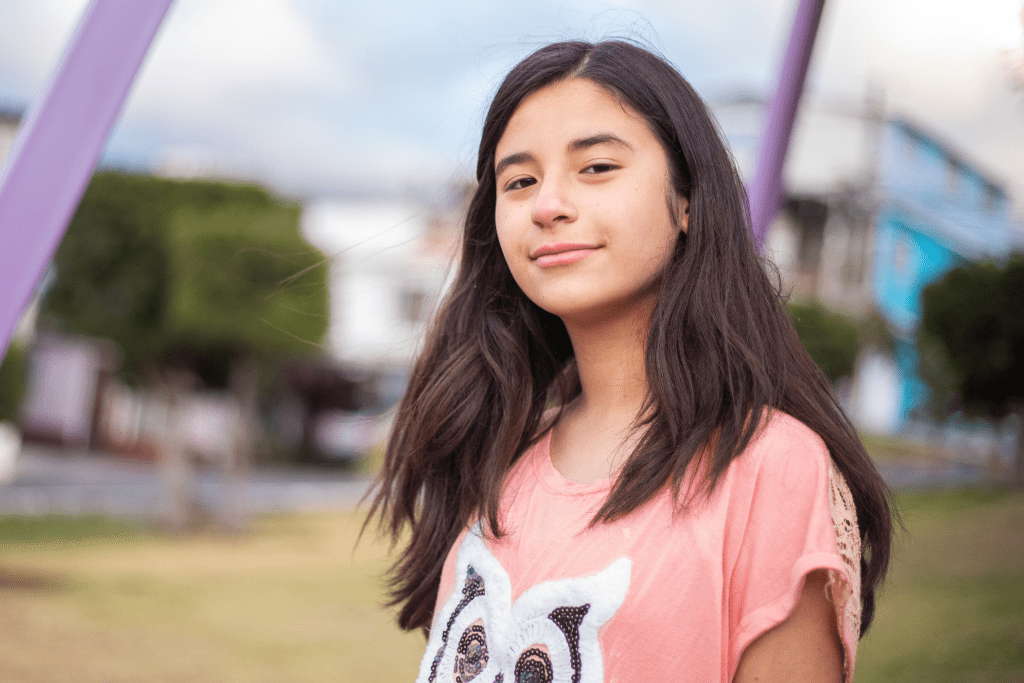 Getzemani is enjoying life with Maria. She continues to participate in the project’s activities, even though the activities are digital now because of the COVID-19 pandemic. Her mother, Maria, never misses a parent reunion or any other activity where parents are involved.

“I’m thankful for how the project is changing lives like Getzemani’s,” she said. “She never lost hope. I love how the project involves children in the scriptures and how they teach them to be great people. I’m thankful because she learns good things, and now, she is showing what she learned by being a good daughter at home.”

Getzemani is happy too. “I love how the project was there like my real family, supporting me,” she said. “I love how my sponsor was there for me. In moments of uncertainty, I read the words of encouragement he sent. I am happy with my mum and how she treats me.”

Through all the ups and downs of her life, our church partner and Getzemani’s sponsor was there. They were a constant source of prayer and encouragement as well as practical support. Could you be that constant support for a child in poverty today?

To sponsor a child today, click below to discover more.