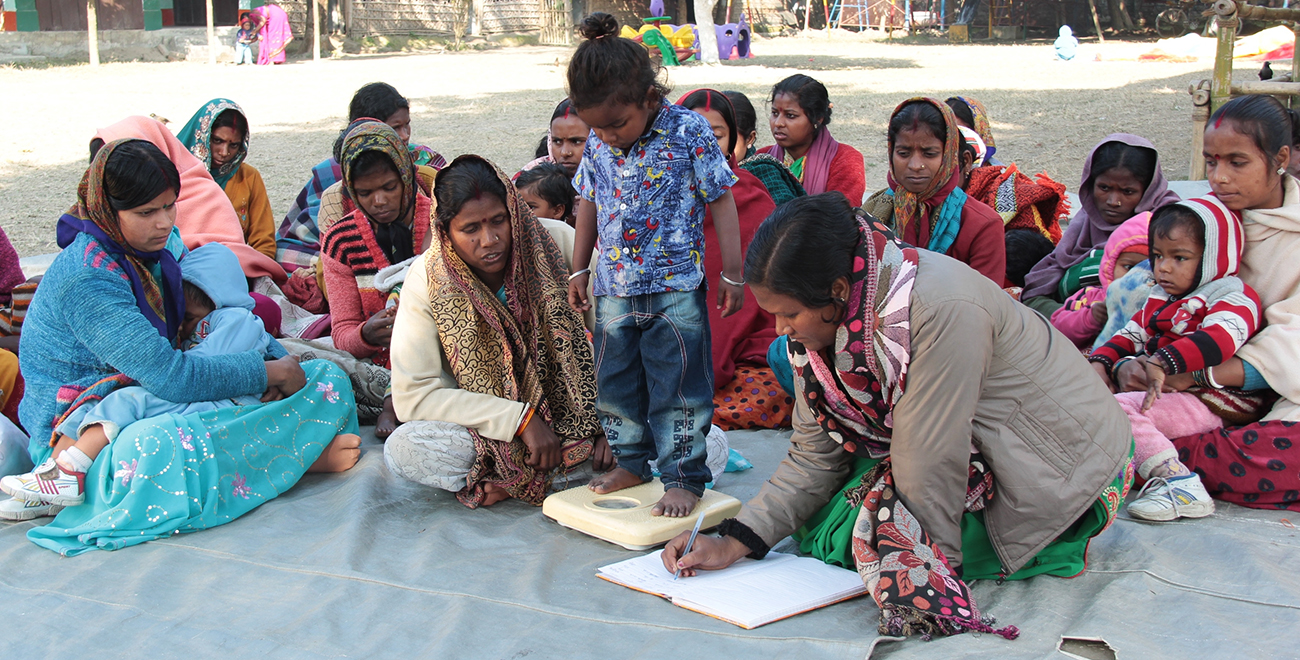 Looking after a newborn baby is a wonderful, yet daunting experience. Poverty increases the pressure on new mothers, as too often they lack food, water, shelter and education.

Talamai’s 9-month-old daughter, Laxmi, never left her lap and was scared to mingle with other children at the Child Survival project in their home state of Bihar, India.

Another mother at the project Manjali, was also concerned for her child. “My daughter was born healthy but slowly kept losing weight until age one, when she was not even able to stand on her own,” she explained.

Malnutrition is a silent killer that haunts the lives of millions of Indian children. In the state of Bihar, the nutritional crisis is even more severe, 55.9 percent of children there are classed as being underweight, which is higher than the national average of 42.5 percent.

The problem of malnutrition is deeply rooted in poverty. An imbalanced diet, poor health services, and insufficient knowledge among mothers about how best to look after their babies are all contributing factors.

In many villages, a lack of opportunities to earn a steady income causes men to look for work outside their home state. This increases the burden on women who have to shoulder additional responsibilities all alone, including raising their children, fulfilling their in-laws’ needs and managing their homes.

In order to feed multiple mouths at home, many mothers also have to work themselves, and in doing so, they neglect their health. Even during pregnancy, women keep working until they start to experience labour pains. At home, they don’t receive adequate nutrition and frequently skip meals to feed their children, a noble sacrifice which sadly only adds to their ill health.

“In 2009, we started the Child Survival project in an effort to reduce the high incidence of malnourished children born in our community,” explains Kornelius, the Project Coordinator in Bihar.

Through the programme mothers are given a basic education in childcare, breastfeeding, immunisations and other health-related information. Some of them embrace the teachings well, sharing their new knowledge with family members, and making changes to their daily routine. This has resulted in a significant drop in cases of sickness among their children.

However, staff members were struggling to see improvements in the babies of one group of mothers. 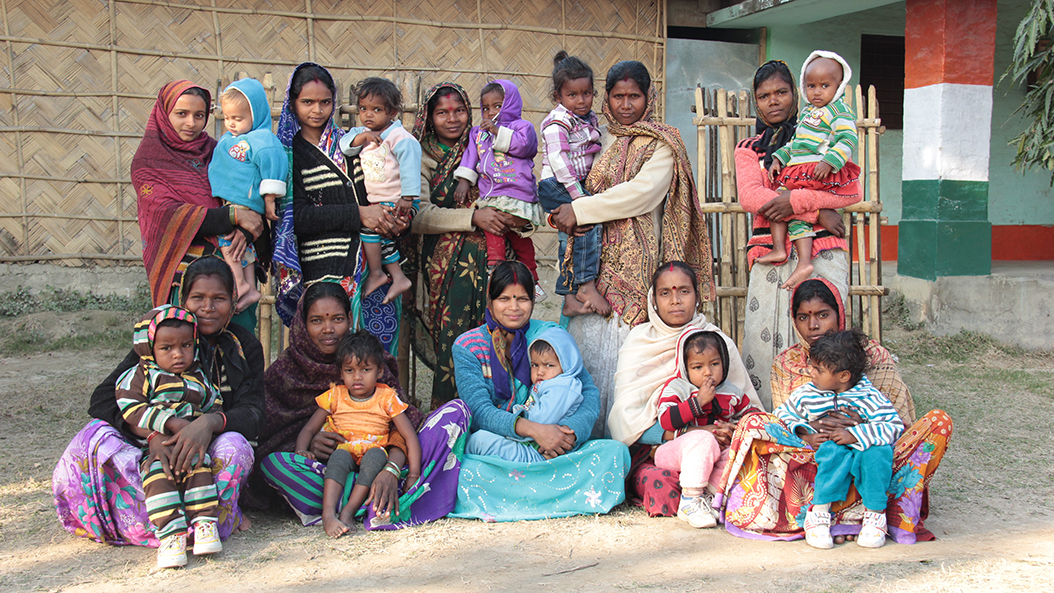 This group of mothers provided a unique challenge for the project staff.

Despite weekly interventions, the children of these mothers rarely showed any developmental progress. They continually suffered from common childhood illnesses such as colds and diarrhoea, and their weight didn’t increase for a good length of time. The project health check-ups revealed that 11 of the 50 babies were still severely malnourished. But Kornelius refused to give up on these little ones.

A special six-month programme was designed to meet the nutritional needs of the 11 severely malnourished babies. Attendance days were doubled to four days a week. Mothers were trained in making homemade infant formula and a nutritious food prepared using different vegetables and dried fruits, per the doctor’s advice. The height and weight of each baby was recorded weekly to monitor progress.

In addition to meeting children’s nutritional requirements, project staff also conducted rigorous training for the mothers, teaching them how to track their children’s health status using the mid-upper-arm-circumference (MUAC) tape. Also, with the help of a growth chart, the staff explained the three stages of malnourishment: red for severe, yellow for moderate and green for healthy. This encouraged mothers to take better care of their babies.

Using a mid arm circumference tape, the mothers were trained to monitor their babies' progress.

“Within six months, we saw tremendous improvement in the health of all 11 children who were previously diagnosed as severely malnourished. Because of this initiative, all our malnourished children are now in the green area of the MUAC growth indicator, meaning they are healthy,” reports Kornelius.

Talamai says with a smile, “The intervention has proved to be beneficial for our babies. I am happy to see my daughter, Laxmi, run, play and mingle with the other children who she was totally averse to before.”

Many children in poverty-stricken villages of India remain trapped in malnutrition, where a lack of education prevents their families from breaking the stronghold. Compassion’s presence in some of those villages is equipping the local churches there with knowledge, resources and encouragement to continue their battle against malnutrition and to release children from the clutches of physical poverty.