Girls and Computers: How Compassion is Helping Girls Conquer the Digital Gender Gap

Access to technology is crucial in this digital age. Yet women and girls are often excluded from it. For International Day of the Girl Child, Compassion explores the digital gender gap and how we’re empowering girls to bridge it.

Girls and Computers: How Compassion is Helping Girls Conquer the Digital Gender Gap

Access to technology is crucial in this digital age. Yet women and girls are often excluded from it. For International Day of the Girl Child, Compassion explores the digital gender gap and how we’re empowering girls to bridge it.

If the pandemic has taught us anything, it’s the vital role of technology. Computers have kept us studying, working, and entertained during long stretches of lockdown. No longer a luxury, they’re now essential for work and for children’s education.

And while this has accelerated the development of digital platforms for both learning and earning in some countries, the UN estimates 2.2 billion people worldwide below the age of 25 do not have access to the internet at home. 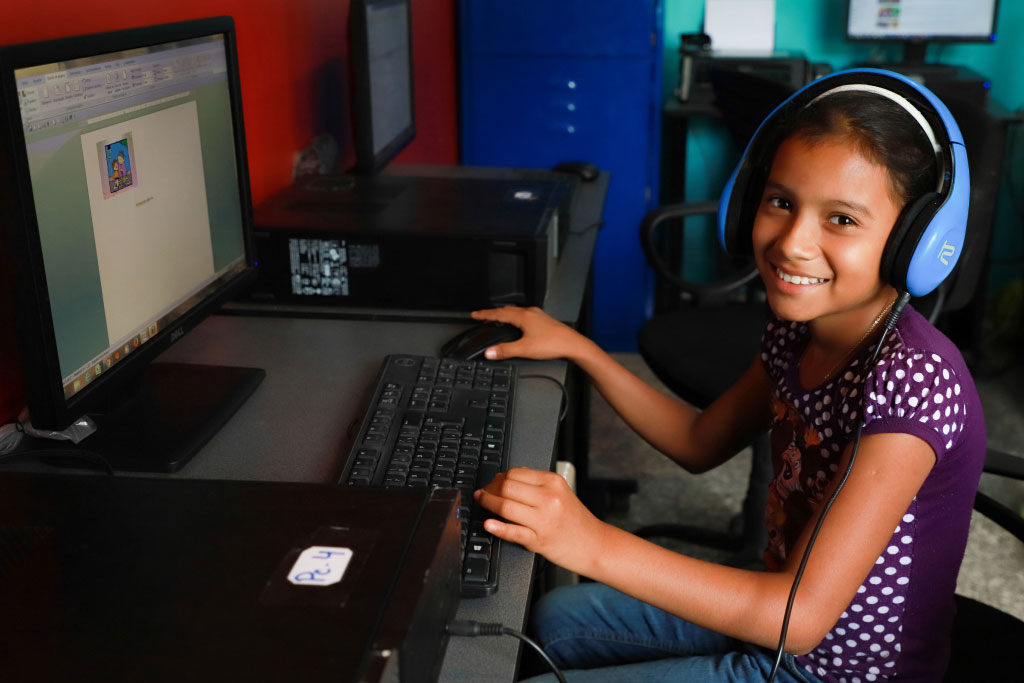 Unfortunately, the numbers show that girls and women are the most likely to be cut off. Reports indicate that men remain 21 percent more likely to be online than women. That figure shoots up to 52 percent in the world’s least developed countries.

To have true gender equality, women and girls need equal access to both the equipment and opportunities provided by digital technology.

Inggrid’s story: The first in her family to become computer literate

The sound of thumping keys from computer keyboards fills a computer lab in Tuatuka, Kupang, Indonesia. Five of the 10 computers are occupied by children as they practise their typing skills at the local Compassion project. One of them is Inggrid. 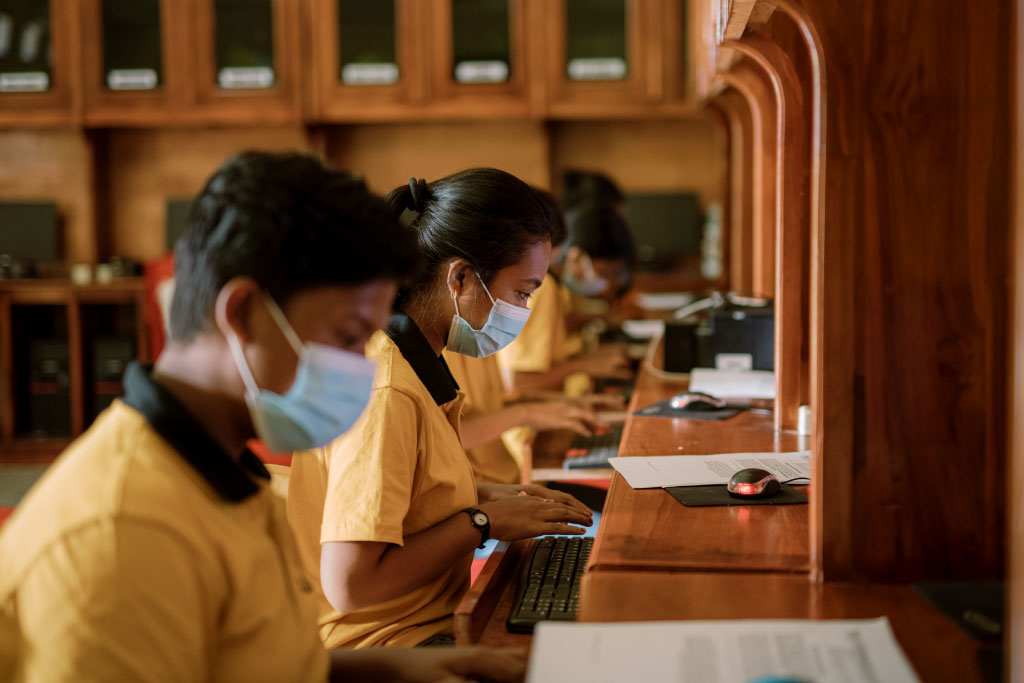 The 17-year-old high school student receives only theory-based computer lessons from her school. As the school doesn’t provide computers for student use, there’s no other option.

"At school, there is so little I can learn about computers but at the project, I can learn the theory and the hands-on practice using a computer," she says.

Mentors at the Compassion project teach children essential computer operating skills, up to the point where they can use office software such as Microsoft Word and Excel. Thanks to her project installing a computer lab through Compassion’s Intervention funds, Inggrid is the first in her family to be computer literate. 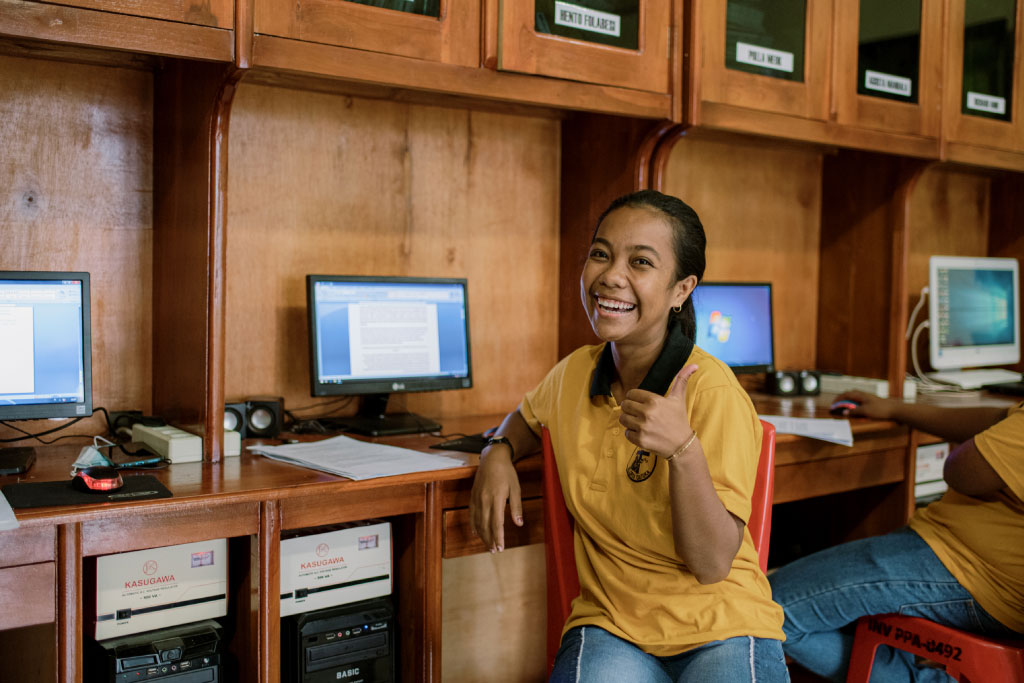 For Inggrid, being able to operate a computer has opened future possibilities.

From untested potential, to computer literacy and onto leading the way in the digital age. When given the right opportunities, women can thrive in technological spaces.

Philomene is a young Compassion sponsored woman in Rwanda with dreams of becoming a software engineer. She’s wanted it since she was a girl studying at her local Compassion project. 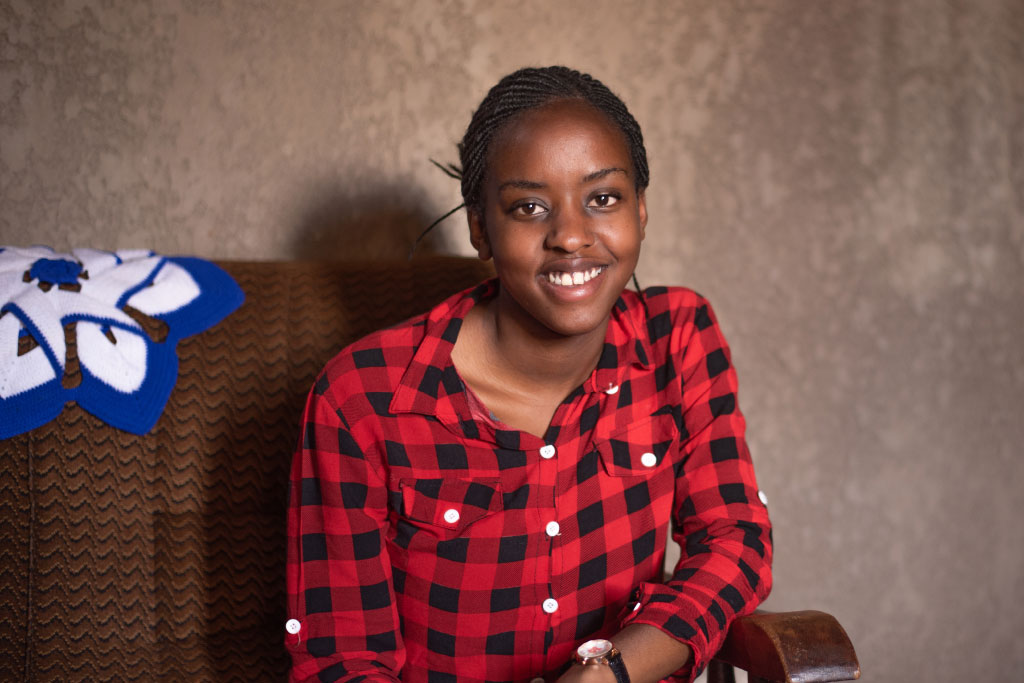 Like many in Compassion programmes around the world, Philomene says, “I received everything ranging from love, prayer, scholastic material, school fees and foodstuff. I’m grateful to my sponsors because they loved me unconditionally. They supported me so much. It’s such a blessing that they decided to choose me even when they didn’t know me. My family’s life changed a lot.”

Philomene completed 'A’ (Advanced) Level exams in 2017, studying mathematics, physics, and computing. But she missed out on getting the full government scholarship she needed because of her health.

“I had several asthma attacks during the examination period. Luckily, the project staff … knew my previous performance, so they encouraged me to do short courses and training in hospitality and culinary arts, which were all fully funded. The support was a motivation.” 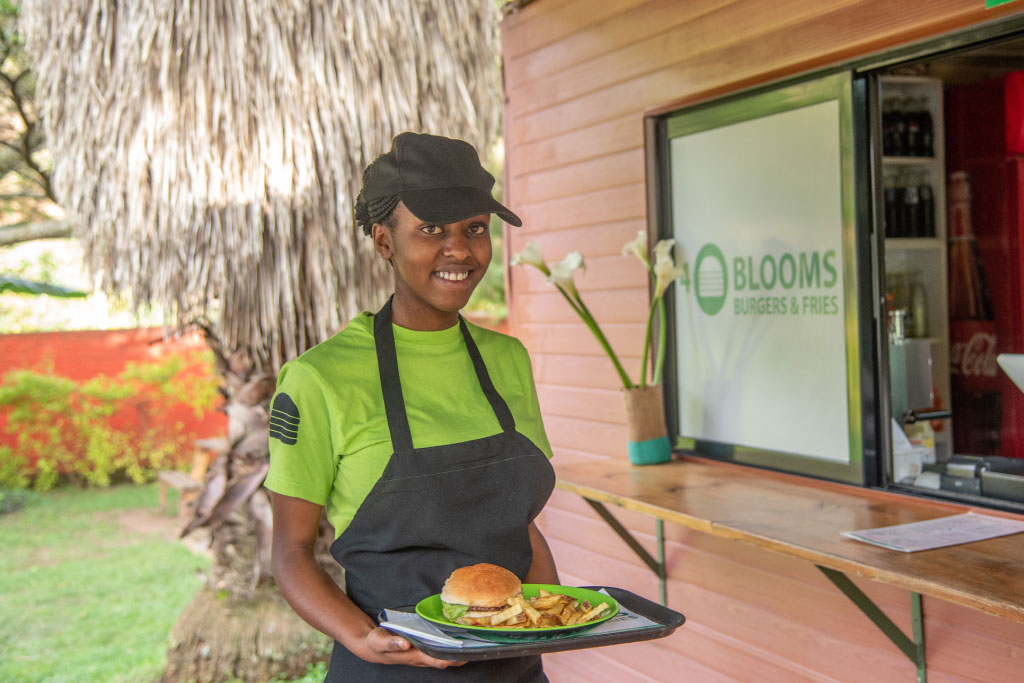 Philomene interned at Park Inn Radisson Blu Hotel and later found a part-time job at a fast-food restaurant. But she never gave up on her dream to become the youngest female software engineer in Rwanda.

With the support of her sponsor and her Compassion project, she applied for scholarships around the world. She attained a partial scholarship to study in the U.S, but Philomene and her family could not afford to pay the rest of her fees and upkeep.

After her initial disappointment, she was offered and accepted a full scholarship to study at Hubei University of Technology in China, where she’ll pursue a four-year undergraduate degree in computer software engineering. 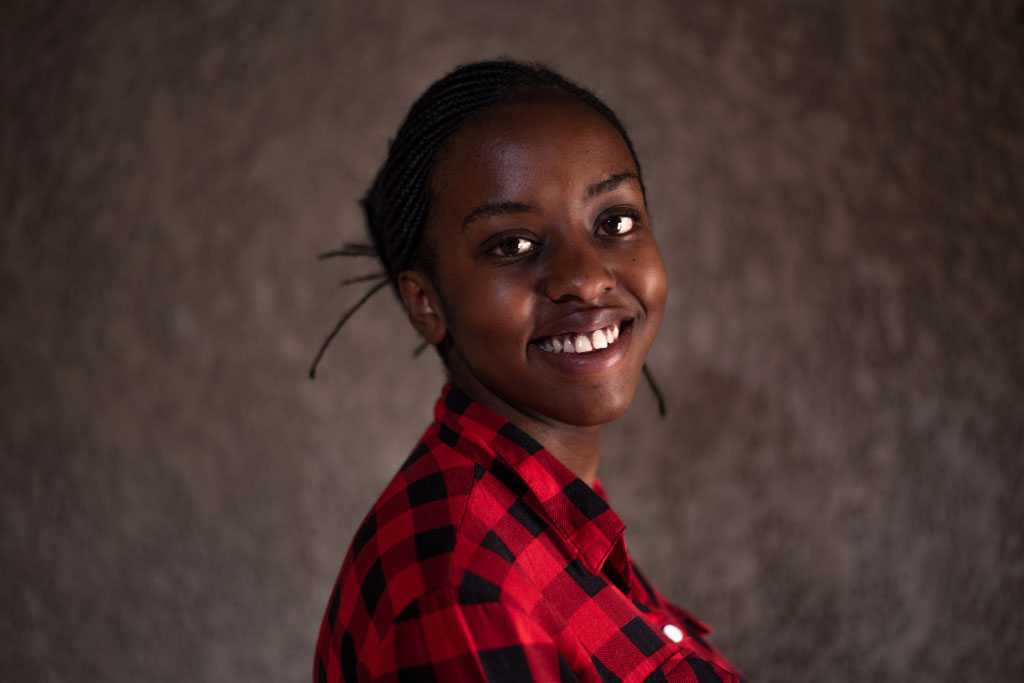 “When I got the scholarship, I realised dreams were achievable. I want to inspire my peers and the little ones at the project that poverty does not define us. We can achieve anything if we pray and work hard in school,” says Philomene.

“My wish is to become Rwanda’s youngest female software engineer. I want to make my parents, sponsor and [the staff my Compassion project] proud, because they have sacrificed a lot for me.”

No gender equality without bridging the digital gender divide

This digital age offers immense opportunities for individuals and communities. It provides the possibility to earn additional income and access knowledge and information to increase employment opportunities.

An OECD (Organisation for Economic Co-operation and Development) report states several factors that have contributed to the digital gender divide. These include barriers to access, affordability, the lack of educational opportunities available for girls and technological illiteracy. There are also biases and socio-cultural norms that can exacerbate gender-based digital exclusion. 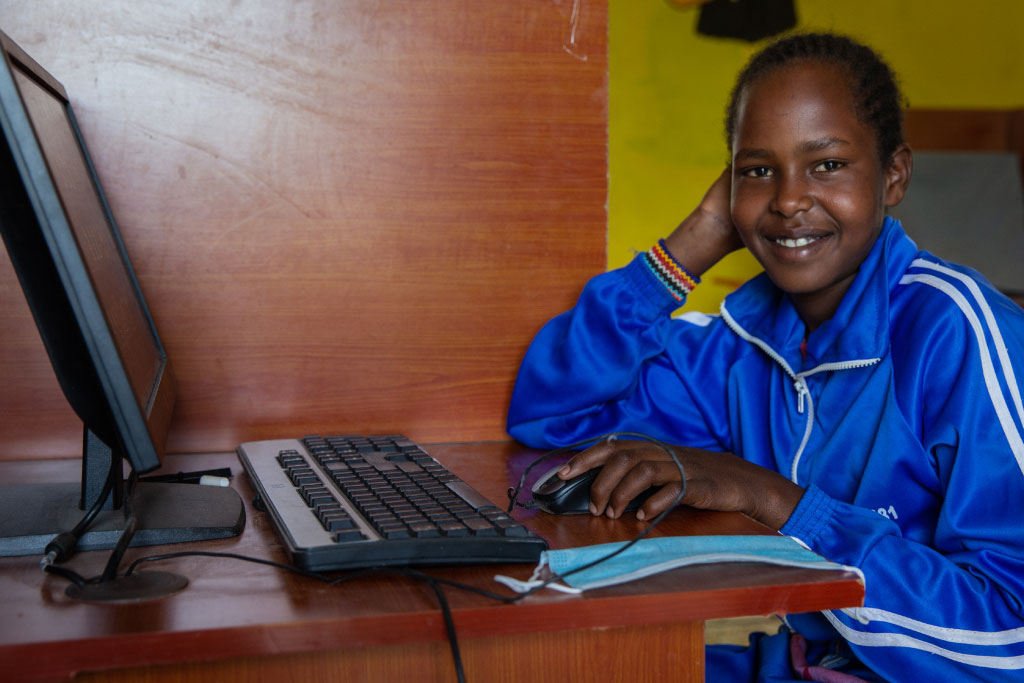 At a personal level, we must keep encouraging girls and young women to pursue their interest in this field. The digital gender gap isn’t going to be bridged without concerted, practical intervention. And it takes tenacity as well as long term support.

We believe that men and women are equal before God. Both loved and immensely valued. Through our various church-based projects around the world, Compassion is committed to providing girls with equal access not only technology but to education, nutrition, health care and spiritual growth.

But we cannot do this without your support. Sponsor a girl today and empower them to break free from the chains of poverty in Jesus’ name.